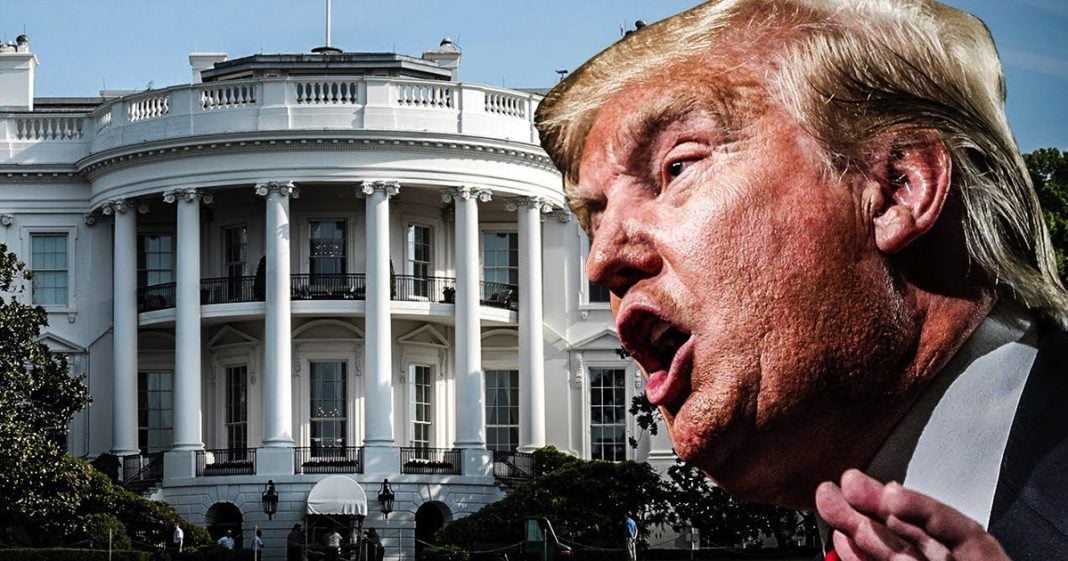 Following the release of Michael Wolff’s new book Fire And Fury, many aides to Donald Trump are planning to make an exit from his administration, according to reporters at Axios who spoke to staffers. Aides say that they are fearful about “the next stage” of the Trump presidency, and at this point they feel they have no other choice than to abandon the sinking ship. Ring of Fire’s Farron Cousins discusses this.

One of the biggest political stories this week was Michael Wolff’s new book Fire and Fury where he spoke to people like Steve Bannon. Bannon made the claims that Donald Trump Jr. committed treason during that Trump Tower meeting. Bannon said that Jared Kushner was involved in money laundering schemes that also roped in the Trump organization itself both in the United States and operating in other countries. That book became the biggest story of the week because of all the allegations and because Donald Trump himself had to come out repeatedly and tell us this was lie. He attempted to sue Bannon and Michael Wolff and the book publisher to get the book not published. In response to that, they actually decided to go ahead and release it early, so it came out this week. People were lining up at bookstores at midnight. Some lines in some areas of the country went around the block. Some bookstores sold out in under 10 minutes because everybody wanted to know what was in this bombshell book and I’m sure that was Michael Wolff’s plan from the very beginning.

But, as a result of this book coming out, according to a new report by Axios who spoke with members of the Trump administration, no fewer than six current aids to Donald Trump, high level staffers are planning their immediate exit because they are fearful about what they call the next stage of the Trump presidency and it all ties back to this book by Michael Wolff. Now we have already seen in Donald Trump’s first year in office through the end of 2017, he set a record for the highest amount of turnover of staff members in presidential history. More people fired, resigned or moved to another department than any other president in their first year in American history.

Now, we’re five days into 2018 and we already have reports that even more people are ready to leave because they understand that this book release, because they’ve seen it from Trump on Twitter for the last few days, is going to make Donald Trump absolutely more insane than he already is. Donald Trump, as we know, is prone to fits of rage. White House staffers have told reports that in the past. I can only imagine how hard things are going to be for these people working around this man everyday now that this book has come out. Donald Trump is going to probably spend the remainder of his presidency fighting back. He’s not going to be on the offense if he’s going to be on the defensive. Allegations are going to come out. He’s going to be forced to fight them, say that they’re lies, say that they’re fake news. The more that he does that, the less the American public believes him. Every time new allegations have come out about what Donald Trump does or is or says or has done, people stop believing his defenses.

Now, I know he’s got plenty of hardcore supporters and it’s clear to see that through the comments on his Twitter feed. But that doesn’t mean that a majority of people believe him. Far from it. Majority of people in this country want Donald Trump investigated for the sexual assault allegations. Majority of people in this country believe that we should go forward with impeachment proceedings. Donald Trump is in bad shape as we head into 2018 and it’s only the first week of the year. This book by Michael Wolff, obviously a guy that was probably just looking for some publicity anyway, is going to be the start of Donald Trump’s downfall for this year. My prediction, if these allegations made in this book are proven to be true, which is something we’re still waiting on, they have to be proven to be true, but if they are, I would be surprised if Donald Trump is still president on December 31st of 2018.