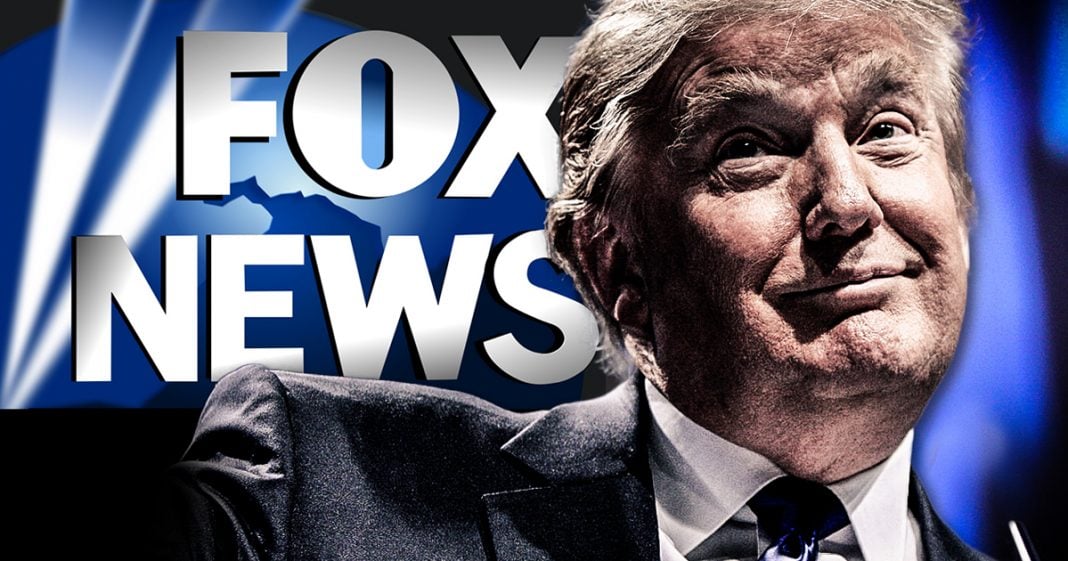 After watching a segment on Fox News Tuesday morning, President Trump tweeted out threatening remarks against former Clinton aide Huma Abedin, as well as James Comey. Trump’s Fox News habit could create a Constitutional crisis in the United States, as his inability to separate fiction from reality will likely cause him to abuse the powers of his office. Ring of Fire’s Farron Cousins discusses this.

On Tuesday morning, January 2nd, Donald Trump did what he typically does, and he essentially live-tweeted the episode of Fox & Friends that happened to be airing that morning. However, this time, Fox & Friends was talking about a report that came from The Daily Caller saying that former Hillary Clinton aide, Huma Abedin, had … basically had such insecure passwords for her email and other private files that she allowed them to be hacked and then obtained by foreign sources. So Donald Trump gets on Twitter, and then he says, you know what? We’ve got to have a full-blown investigation into this as long as the Deep State Justice Department, as he called it, would cooperate and move forward with this. They also need to look into James Comey, as well, according to what Trump tweeted.

Now, here’s the thing about this particular report that Fox News was talking about. This is not some bombshell new thing that we just found out. This was actually revealed and first reported in the year 2009. Nine years ago, we knew that this had happened. The administration had looked into it, and they found that everything was okay other than a little bit of sloppy password handling there. No huge secrets were leaked, nobody did anything that would warrant any kind of criminal charges, and we moved on with our lives because we’re all grown-ups. Unfortunately, nobody told that to The Daily Caller, Fox & Friends, and more importantly, Donald Trump himself.

Here’s the problem. Should the Justice Department, or I guess I should call it the Deep State Justice Department because that’s what Trump calls it and he runs it, should they decide to go ahead and investigate Donald Trump’s political enemies just because he wants them to, that creates a very real Constitutional crisis here in the United States. That is exactly what Richard M. Nixon did, and that’s one of the reasons it was so easy to take him down all those years ago. This is all coming from Donald Trump’s addiction to Fox News, specifically Fox & Friends, because clearly, based on his tweeting schedule, he never misses an episode of that. His addiction to Fox News could end up being the actual downfall of his presidency, as long as he continues to take that particular show for its word and assume that everything they tell him is the truth.

They understand. The three morons sitting on that Fox & Friends couch, they understand that Donald Trump is watching them every single morning, and they tailor their newscast to fit whatever the president wants to hear that particular day. If he wants to hear lies about Hillary Clinton or some of the people associated with her, they’re going to go with that. If they think he needs a little bit of praise for the tax bill or for the stock market, they’re going to go with that. If they just generally want to trash Democrats to make Trump feel better, they’re going to do that. The bottom line is that because they are so completely dishonest, and because Donald Trump himself is so painfully stupid, he is going to end up doing something as a result of watching Fox News, putting some kind of policy or some kind of presidential action forward that’s going to end up ending his administration, and he’s too stupid to even realize that his addiction to Fox News is going to be his eventual downfall.