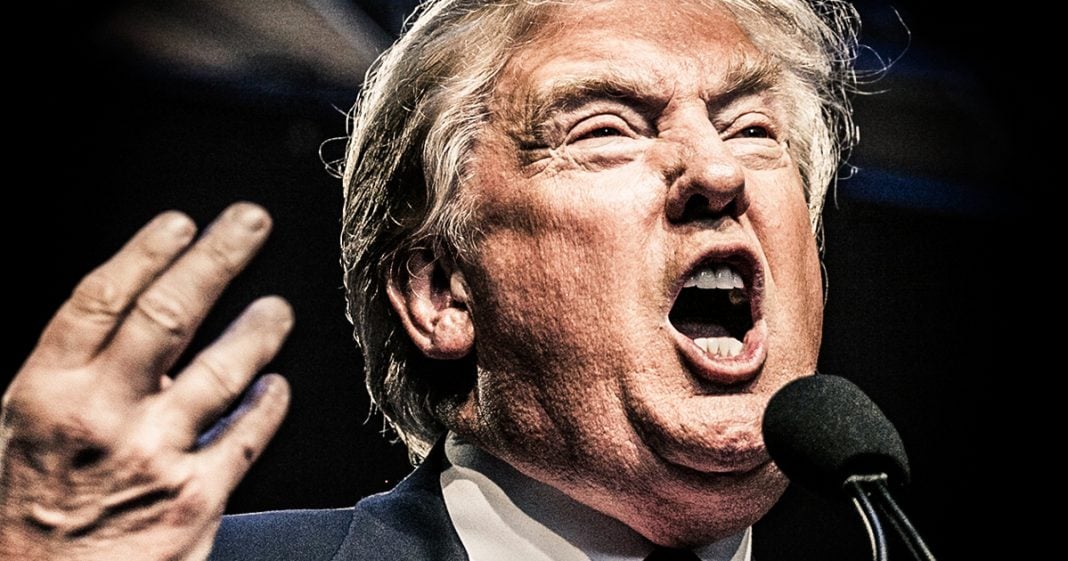 According to a new report in Politico, Donald Trump was so hellbent on using military force in Venezuela that he met with other South American leaders and lied to their faces about things they had allegedly said. After the meeting, the leaders came to the consensus that Donald Trump “is insane.” This could have huge implications for the United States, as Ring of Fire’s Farron Cousins explains.

This past August and early September in a story that got very little attention at the time, Donald Trump met with leaders of South American countries, like Columbia, Panama, Brazil, Argentina, and he was talking with them about the idea of using military force in the Country of Venezuela in an attempt to overthrow the Venezuelan Government. Now what happened during this meeting, and this was during a UN General Assembly meeting that Donald Trump went and spoke with the leaders of these countries, was that he approached the leaders and said, “Listen. Rex Tillerson told me all of you guys are going to back our campaign to use military force in Venezuela.”

To which every single one of those leaders present said, “No. We never said that. We never agreed to any kind of military force down here in South America spearheaded by the United States Government. We do not want to do that. We do not want to be a part of that.” Donald Trump reportedly, according to people who were present at the meeting, left the meeting thinking, “Huh, well that’s really weird. I guess we’ll have to figure something else out.” And according to those present at the meeting in a new report by Politico, the leaders of those countries, Argentina, Brazil, Columbia, Panama, left that meeting all saying the exact same thing, and that happens to be, “This guy is insane.”

According to the sources there, every single world leader, South American leader, present at that meeting agreed that Donald Trump was insane. And furthermore, they feared that his actions, his impulsivity, and his general insanity could lead to some kind of massive war taking place in South America. Now their agreement amongst themselves that Donald Trump is, “Insane,” is something that has been expressed by other diplomats and dignitaries and foreign leaders that have met with Donald Trump or members of his administration in the past year.

Leaders in Europe, now South America, we’ve seen it in Asia. They view him as too impulsive and basically downright crazy to the point that they do not trust the United States. They do not believe that we have anybody’s best interest at heart, except Donald Trump’s own interests, and they view us at this point as a threat. A threat to their own safety and security because they don’t know what we will do or what Donald Trump is capable of doing. This is a very real danger. This goes far beyond other world leaders simply mumbling amongst themselves that Donald Trump is insane.

Donald Trump is putting the entire country here in jeopardy. Other world leaders are scared about what he could do, what he might do, and therefore, we at this point, have to start being concerned about what they might do to us as a result of it. Look at what’s happening around the world with other countries and how they’re having to deal with North Korea, just like the US is having to deal with them, except they’re not being as insane as we are.

This is a very important story. We are losing support from countries all over this planet. They are terrified of Donald Trump, and they’re terrified of what he might do, and now they’re starting to ban together in their fear. We need to be paying attention to this because if Donald Trump continues on with the way he has been, that could end up being a very real national security disaster for us, here in the United States.