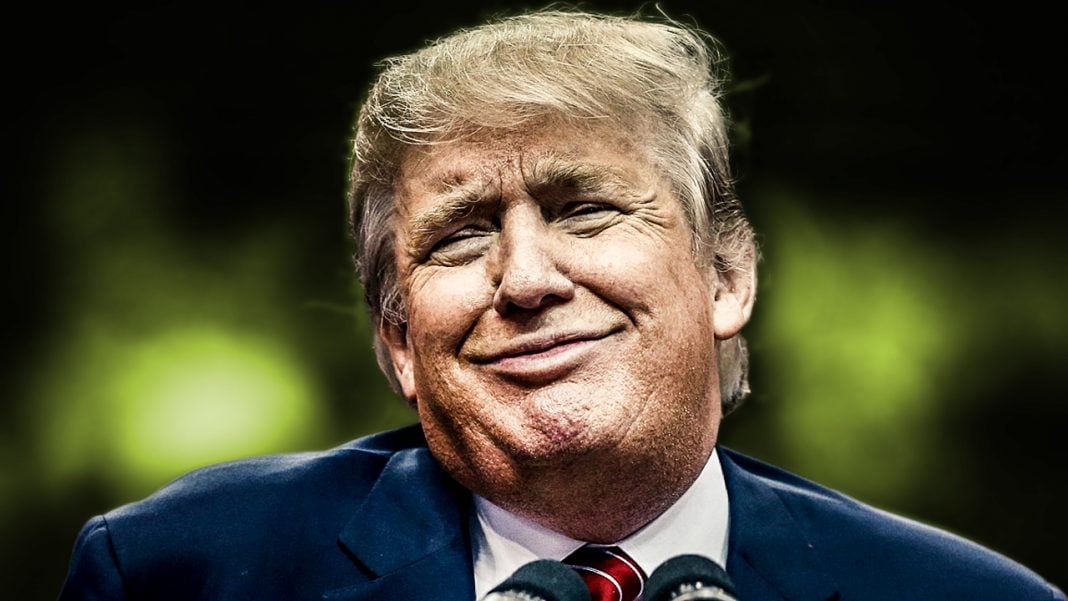 According to a recent report by The Washington Post, the aides that are still employed in the Trump Administration are frantically trying to get the President to realize that if his Party loses the midterms in 2018, he’ll be impeached almost immediately. The problem facing these aides is that they are grossly understaffed and key positions remain vacant, which means that the President is unsupervised at most times. They want to make sure that he doesn’t cause more damage to the Republicans before the midterms, as Ring of Fire’s Farron Cousins explains.

According to a recent report in The Washington Post, aides close to Donald Trump, including some sitting members of Congress, are actually warning Donald that, if Republicans lose the 2018 midterms, he will be swiftly impeached.

Here’s the problem, and this is what The Washington Post report is trying to explain to the American public, it’s not just that he will be impeached. It’s not just the fact that the aides are warning him. It’s the fact that Donald Trump has done such a poor job filling key positions within the White House that there are currently not enough aides and staffers around to constantly monitor him.

While Donald Trump has been on vacation for the last God knows how many days at this point, H. R. McMaster, his chief of staff … or, excuse me, General John Kelly, his chief of staff has been working to fill key positions so that there are enough advisors and staff members to constantly keep an eye on Donald Trump, and it does go back to the impeachment issue because they understand, when Donald Trump is left to his own devices, when nobody is looking over his shoulder to see what this psychopath is doing, he does something that’s embarrassing not just for him and his administration, but to the entire Republican Party and, 99.9% of the time, he does that in full view of the public either by giving a crazy interview to The New York Times like he did this week or by tweeting it out for the entire planet to see.

They understand that, if they do not get more staffers in place to constantly keep an eye on this giant man-child of a president that we have, he is going to destroy their chances to win in the 2018 midterms, which will then lead to his political downfall due to impeachment.

Now, for the record, I do not believe that the Democratic Party, even if they retook the House and the Senate in 2018, they would not just immediately go forth with impeachment proceedings. They would have to basically wait for some kind of hard evidence from the Bob Mueller investigation to use against Donald Trump to go forward with impeachment.

No, I’m not saying that’s the only thing that he could be impeached for. He’s certainly committed impeachable offenses in the last year, but I know that career political Democrats aren’t going to just go along with that because they’re afraid of going against him. They’re afraid of pissing off the public. Essentially, they lack a spine and they won’t just go forth and do what the majority of people in this country want them to do. That’s a failure of the Democratic Party.

It’s not saying that Trump hasn’t done stuff he could be impeached for, but, more importantly, Donald Trump doesn’t care. He never likes to be told what to do, so the more that these staffers and members of Congress and aides tell him to, “Tone it down or you’re going to be impeached,” the more likely he is to continue this kind of behavior because nobody tells Donny what to do, so, by all means, please continue to warn this idiot that he is going to be impeached if he loses the midterms because that’s only going to further his erratic and unstable and, oftentimes, psychotic behavior.

He is going to continue to expose what the Republican Party in the United States really stands for, and that is screw the poor, screw the working class, screw consumers, hand everything over to big business and big money donors, and everything is going to be just fine, but it’s not.

Since the Civil War, the party holding the White House has lost actually the House of Representatives in every election since then, on average, 32 seats, and the Democrats only need to flip 22 seats in the House to retake it, so things are already looking bad for Donald Trump even if he wasn’t a complete moron, but these people warning him that he needs to tone it down or trying to keep him in check are only going to make him do it more, so, again, please, every opportunity you get, remind Donald Trump to stop tweeting. Tell him to put the phone down because, I promise you, when you tell him that, he’s going to hop right on there and tweet out something stupid that’s going to further hurt your chances to win in 2018.