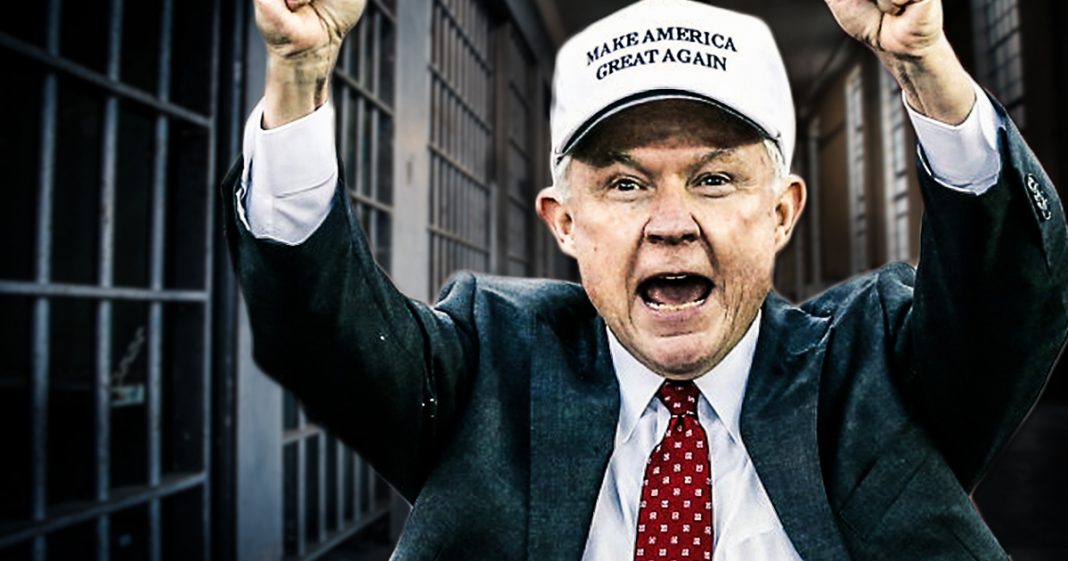 Barack Obama’s administration worked hard to enact rules that prevented states from throwing citizens in jail for failure to pay their bills. Shortly before Christmas Day 2017, the Trump Department of Justice rescinded those rules, with Attorney General Jeff Sessions giving states the go-ahead to throw poor people in prison just for being poor. Ring of Fire’s Farron Cousins explains what this could mean for millions of American citizens.

In an under reported story that actually happened a few days before Christmas Day this year, Attorney General Jeff Sessions and the entire Donald Trump Justice Department, decided that it was perfectly fine for courts around the country to throw people in jail because they’re poor.

You see, back in 2016, Barrack Obama, while he was still president had his Justice Department draft a rule that says that cities and states can no longer throw people in jail if they are too poor to pay their court fees. Now, if anybody has ever had to go to court, even for a routine traffic ticket, a court fee can be as little as $250, just to go to dispute a traffic ticket. You still have to pay $250 whether you win or lose. And the court fees go up from there. Some states are slightly lower than that but I can tell you from first hand experience, in the State of Florida, if you want to dispute a traffic ticket, $250 just to have your case heard.

Now, in the past, before Obama came up with this rule and the Justice Department enforced it, people in southern states, mostly Mississippi, Alabama, Louisiana, Florida, the courts were throwing people in prison because they couldn’t afford those astronomical court fees whenever they had to appear in front of the judge. They were not given a trial, they were not … had their case heard about their inability to pay by anyone, they were just locked up immediately if they were unable to pay.

Obama’s Justice Department said hey, we can’t do this. We can’t bring back Debtor’s Prisons here in the United States. But, according to Donald Trump, Jeff Sessions, and the entire Republican Justice Department that we have now, they’re perfectly fine with that. Jeff Sessions rescinded that Obama era rule, which now means that courts across this country can throw you in jail if you are unable to pay your court fees or any fines imposed by a court or a traffic ticket or anything like that. If you do not have enough money, if you don’t meet the standards that Republicans want you to meet, you can go to jail. You don’t get to have your case heard by a court. You don’t get to appeal it. You go straight to jail because you are poor and that is exactly what the Republicans have been wanting to do for years. That’s why this whole system was in place to begin with.

Get the poor people off the street so we don’t have to look at them as we drive through town. Get ’em out of here so we don’t have to think about ’em. Just put ’em in jail. They’ll be fine. The society will be better without these poor people mooching off of us. Yeah, it’s gonna cost us a ton of money to have to feed and clothe and wash them in prison but, at least we don’t have to see them and we don’t have to deal with them. And hey, in most states, they won’t be able to vote anymore because they have a criminal record. How great is that, ladies and gentlemen? But, that’s the Republican plan. So, just remember that when you go to the polls in 2018 for the mid-terms. The Republicans are not only okay with courts sending people to jail for being poor but they actively and openly have endorsed it.