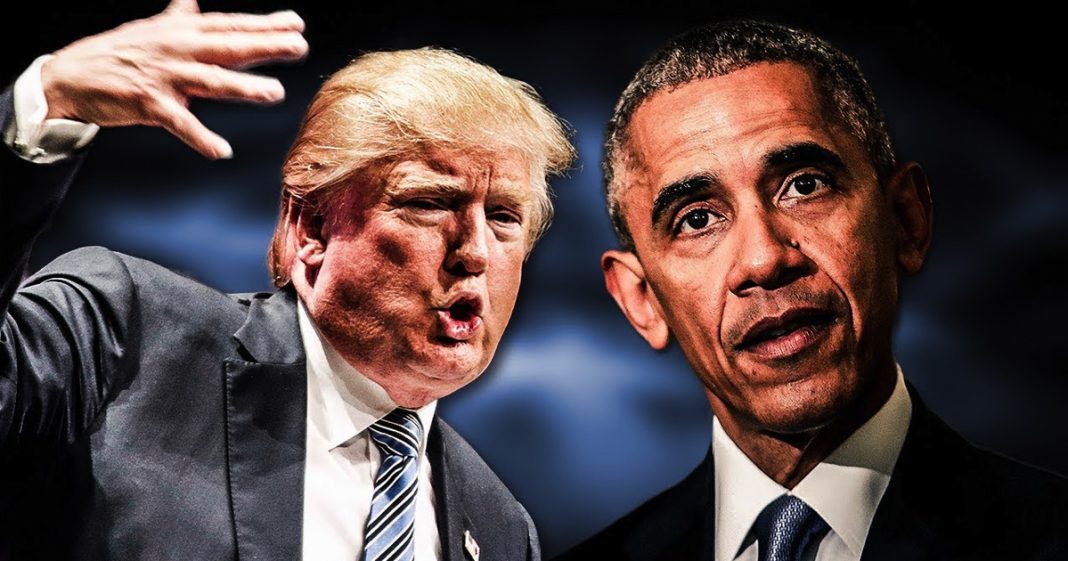 In an early morning tweetstorm on Friday, Donald Trump cited a Fox & Friends poll showing that his approval rating at the end of his first year is the same as Obama’s was after year one. The only problem is that the poll was completely fabricated. Even Fox’s own polls show the president hovering in the lower 40’s and high 30’s, far lower than Obama’s nearly 50% approval after one year in office. Ring of Fire’s Farron Cousins discusses this.

Donald Trump decided to wake up early Friday morning December 29th and just go off on Twitter about every single thing that popped into his stupid little brain. One of those things happened to be something they were currently talking about on Fox and Friends, showing that Donald Trump’s approval rating at the end of his first year is actually identical to what Barack Obama’s approval rating was at the end of his first year, which Fox and Friends claims was both 47% for both Trump and Obama.

Donald Trump decided to tweet that out and say, “Look, all these fake news polls out there, when in reality I’m just as popular as Obama was at the end of his first year.” And, like so many other things that Donald Trump says and Fox News reports this happened to be an absolute lie. First and foremost, Barack Obama’s approval rating at the end of his first year was 49.5% almost to the point of 50%. Donald Trump’s approval rating is nowhere near 47%, which is what Fox News claimed it was. In fact, the only poll that even has him at 46% is Rasmussen, which is a very right wing leaning pollster.

The rest of the polls in this country have him anywhere between 33% and 39% approval rating. And, if you were take an average of all of those polls, he’s probably closer to 37% approval rating. Now, that of course didn’t stop Fox and Friends from lowering Obama’s and raising Trump’s to show that they were equal, and it certainly didn’t stop Trump from thinking that everything else on the planet was fake news that showed him not at 47%.

But here’s the thing. This is one of the major things we’ve learned about Donald Trump in his first year in office. He cares about appearances. Not necessarily his physical appearance obviously, but the appearance that he has with the American public, how they view him, how they see him and, more importantly, how much they love him. After all, that is one of the traits of a narcissistic personality disorder, is the need to be loved and admired and adored by everyone. Donald Trump very clearly has that. Unfortunately for him, he doesn’t have the love of the American public. Every poll that comes out is showing his approval rating falling even further.

I know he likes to tout the fact that the stock market keeps hitting record highs every other day. Well, his approval rating is hitting a record low every other day, just as frequently as the stock market is hitting a new record high. So, if he wants to talk numbers, he needs to pay attention to the actual polls out there or, at the very least, start taking an average of all of the polls out there. And he’s going to find out that, if he continues to put himself up against that Barack Obama measuring stick, he will never add up to be the man that Obama was.