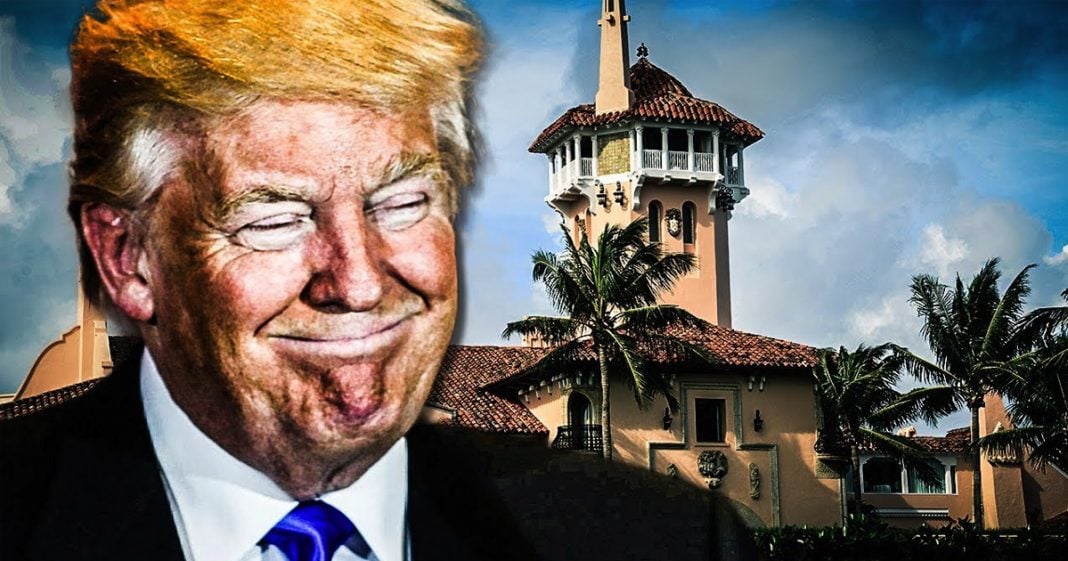 Residents and business owners near Mar-A-Lago in South Florida have a message for Donald Trump: Get Lost! His frequent trips to the area are costing small business owners thousands of dollars every day in lost economic revenue, and the problem only seems to be getting worse. Ring of Fire’s Farron Cousins explains why this is happening.

With Mar-a-Lago in Palm Beach County, Florida, recently reopening for the winter months, business owners in the area have a clear message for Donald Trump. Please go away and leave us alone. Now, the reason these residents are so angry that Donald Trump likes to spend every waking hour that he can, away from the White House and at Mar-a-Lago, is because when he comes to visit, that means their small businesses that they run, lose money.

Recently, ABC News spoke with a man who runs a small business giving helicopter tours in the Palm Beach area, and unfortunately because the airport where he operates out of, is located so close to Mar-a-Lago, anytime the president’s in town, that falls within the no-fly zone, so this particular man who runs the helicopter business loses upwards of $1,000 per day, because he cannot operate his business. Elsewhere in the area, roads have to be closed off any time the president is traveling, which is hurting local small shops and restaurants along the paths that the president takes, because nobody is able to travel on those roads and get to those businesses, they are also losing hundreds of dollars a day.

Now, if you’ve been paying attention, you understand that this issue actually popped up earlier in 2017, when Donald Trump first got his security details and all of these things started happening, some of these same people were interviewed by ABC last year, talking about how much money they were losing as a result of Donald Trump’s constant visits to South Florida. The funny thing is, especially the helicopter sightseeing tour operator, he actually voted for Donald Trump, and he is still, according to him, a very big Donald Trump supporter, so for him, this has nothing to do with who the president is, or any kind of political disagreements, this is strictly business.

He understands that sometimes you can make a decision and through really, not much fault of your own I guess, it can still negatively impact your business, and that’s what happening to a lot of these people who do live in a Republican area of the State of Florida, and yet they’re the ones feeling the squeeze harder than most other residents, in terms of the president’s travel. Donald Trump’s non-stop vacations are killing small businesses in the State of Florida, and he doesn’t even care.

Just today, Donald Trump celebrated his 88th day playing golf as President of the United States, and his 112th day on a Trump-owned property while President of the United States. One third, more than one third, at this point, of his presidency, spent at one of his own properties at the expense of US taxpayers, and now at the expense of local businesses, who are just trying to run their day-to-day operations, but find it sometimes nearly impossible to literally even get to work, because everything has been shut down, because Donald Trump wanted to take a break, because he spent one day actually doing presidential stuff.

That’s not how this works. That local economy is dependent upon those small businesses, and whether or not they voted for Trump is irrelevant. They had a dream, they pursued it, they started their small business, and then a jackass like Trump comes in, shuts everything down for days at a time, goes back to DC for a few days, and then comes back and shuts it all down again. These people are losing their livelihoods, and even if they voted for Donald Trump, they don’t deserve that.

Donald Trump needs to understand that his job is to be the President of the United States, not to be some jackass that goes on vacation every other day, because it’s actually destroying these small businesses. So, the message from South Florida, and the message from the rest of the country, go away from your own properties, get back in the White House, and do some damned work for once in your life.