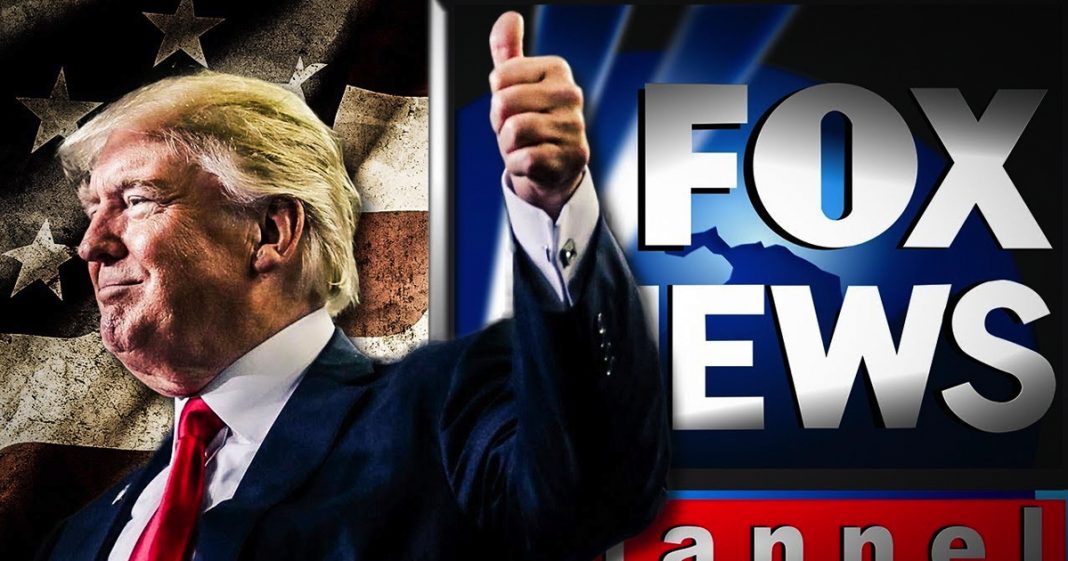 According to a new report in Politico, Fox News staffers are admitting that the news organization that they work for has become a pro-Trump propaganda outlet, with many staffers saying that they’ve gone “full Breitbart” in their coverage of the current administration and with the way they push conspiracy theories about Democrats. Is the network capable of being saved, or is it about to collapse under the weight of its own arrogance? Ring of Fire’s Farron Cousins looks at the issue.

If you’ve been paying attention to Fox News for this past year, first of all, my condolences to you for having to do that. Second of all, you’ve probably noticed that Fox News has taken a very weird turn in probably just the last six months. What’s happened at that network is that it has gone from being a right wing mouthpiece to being a full blown propaganda outlet for Donald Trump. That’s not just coming from me. In fact, that is what staffers at Fox News told reporters in a recent politico expose. Specifically they’re worried about the online content, the website for Fox News and the fact that the quality of reporting on there has essentially disappeared. The staffers say that the website has gone full Breitbart in making up stories about Donald Trump while at the same time pushing crazy conspiracy theories about Hillary Clinton and any other Democrat that they can attack that day.

Fox News, according to these staffers, is no longer a news outlet at all. It is propaganda, not quite state funded propaganda because the government doesn’t fund them but I’m sure if they keep up the boot licking for Donald Trump they could probably work out some kind of a deal to where he’d let that happen.

The bottom line is that Fox News is unfortunately the most watched cable news outlet in the United States. People tune into it every single day and they believe what they’re being told on that network. These people believe that Hillary Clinton somehow duped a federal agency into giving her immunity for her email nonsense. They believe that the Democrats have completely made up any possible claim of collusion between the Trump administration and a foreign superpower. They do not believe for one second that this tax cut bill that passed last week is going to benefit the wealthy more than it’s going to benefit average Americans. While most Americans do not watch Fox News, the majority of cable news viewers are Fox News viewers and their minds are being poisoned every day and the people that work there are no longer shy about admitting it.

We have to do something about this. We have to prevent people from getting sucked into the lies and distortion that Fox News is pushing out every single day. The way we do that is we fight that misinformation. We provide facts, and figures, and statistics, give them to your parents, your grandparents, your friends, your buddies, whoever it is that you know is watching this stuff. Present them with actual evidence. You may not be able to change their minds, but at least you can get out there and try. Share it on social media, get on Facebook, on Twitter, whatever you use, and make sure that people understand that Fox News is no longer a news outlet that leans to the right. It is a full blown pro-Trump organization that has no regard whatsoever for the truth or for facts. Their only mission is to make Democrats look bad and make Donald Trump somehow look like Jesus Christ.