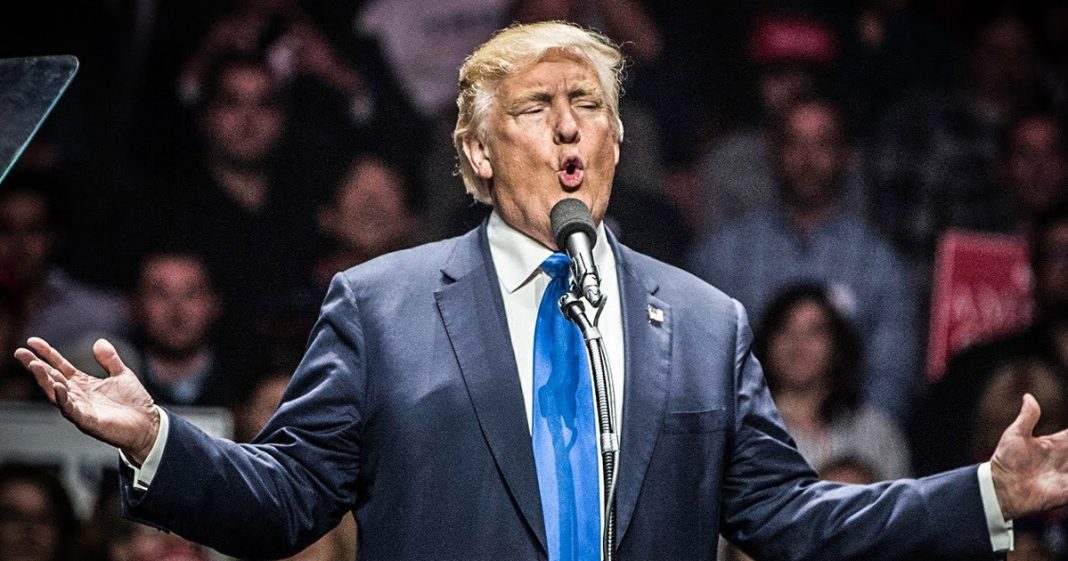 According to a thorough analysis by The New York Times, Donald Trump has lied to the American public 6 times more in the last 10 months than Obama lied during his entire 8 years in office. One of the main differences between the two men is that Obama would mostly tell falsehoods about the need for policies, while Trump’s lies are lies of vanity to make himself look better. Ring of Fire’s Farron Cousins discusses this.

Since about a month after Donald Trump became President of the United States, article upon article upon article has come out talking about how often this man lies to the American public. It started almost immediately with lies about Barack Obama wiretapping Trump Tower or lies about the crowd size at his inauguration and everything just kinda seemed to snowball from there. Well, the New York Times decided to look at all of Donald Trump’s lies and compare them to Barack Obama’s over his entire eight year period and what they found out was that during Donald Trump’s first 10 months in office, he told nearly six times more lies than Barack Obama told in all of eight years of his presidency. So, in 10 months Donald Trump beat Obama’s record six times over. According to the New York Times, they were able to accurately identify and debunk 103 false statements that Donald Trump has made since being sworn in as President. They looked through the Obama Administration they were able to pinpoint 18 times when he lied that they were able to easily debunk.

18 lies in eight years versus 103 lies in 10 months and yet republicans think Obama’s the dishonest one. He’s the one who was trying to destroy America? No. At the end of the day I think even hardcore Trump supporters have to understand that this man is almost incapable of telling us the truth. He doesn’t know how. He doesn’t know to be honest and furthermore, there is actually a link in the description you can go check out each individual lie. Most of Donald Trump’s lies happen to be lies of vanity. Lies to make himself look good and make other people like Hilary Clinton or Barack Obama look bad. Meanwhile, Obama’s lies were actually to help push policy, to make things better for us. Talking about people losing their health insurance where he overstated things. He wasn’t trying to make himself look better. He was actually trying to help the country. Donald Trump only cares about himself. Now when you look at the heart of one of his lies, it’s about making him look better or making somebody else look worse.