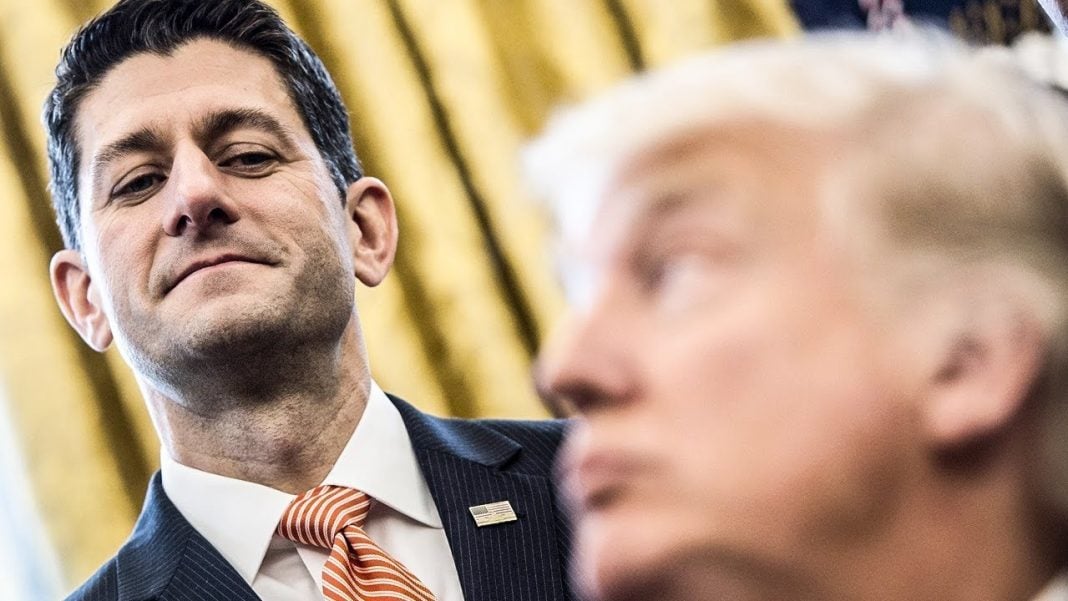 According to a recent analysis, the cost of the Republican tax cut package could fully end child poverty in the United States…TWICE. But instead of using that money to help needy children or fund universal healthcare or provide debt-free college, Republicans are handing it over to millionaires and billionaires. This country has become a kleptocracy, and Republicans are no longer trying to mask their contempt for the working class. Ring of Fire’s Farron Cousins discusses this.

Much has been written about the disastrous Republican tax cut package bill that’s going to hand everything over to the wealthy elite, while leaving most Americans wanting more. A new analysis came out recently, that explained just how much money Republicans wanna spend giving the wealthy a tax break. And according to this study, you could eliminate all of the child poverty in the United States for the same cost that we’re going to spend on giving the wealthy a tax break. And here’s the thing: it’s not just child poverty in the United States that we could eliminate with the amount of money we’re spending to give wealthy people a tax break. We could also provide universal healthcare for every American citizen. We could provide debt-free college for every college aged individual in this United States, with enough left over to enact student loan forgiveness for those people who have already gone to college and had to take out massive student loans. We could also, and now this is just crazy, this is just me thinking out loud here, we could also raise the minimum wage to $15 an hour. We could raise it to $20 an hour for what the Republicans want to give to the wealthy elite.

Here’s the thing: the Republicans sold this tax cut package, a sale that most in this country understood was an absolute lie, but they sold it to us as a raise for American worker. A raise for American families. Well, if that’s the case, you literally could have written legislation to just give us all a raise. You didn’t have to give the money to corporations then just hope that they’re gonna hand it out to us because guess what? They have already expressly said that they are not going to use this money to create more jobs or give workers a raise. They’re going to use it to redistribute among their shareholders and give themselves a raise. They’re keeping it for themselves. They’ve admitted it. We’re not gonna see it. We’re not gonna get it.

This is what it’s always been about, folks. It’s about Republicans paying back their wealthy donors. You and I will get nothing from this. And they’ve already edited the legislation that went through so that our tax cut actually expires a hell of a lot sooner than it did in the original version. So, now, in addition to not getting as much, we’re getting less than not getting as much because they’ve already changed how little we’re gonna get. The wealthy elite have won. They have taken over everything. They rule the Republican party, and to an extent, they rule a lot of the Democratic party too. But at the end of the day, this tax bill hangs on the heads of Republicans, and I want every American citizen to remember that when they go to the polls to vote in the 2018 midterm elections. The Republicans did this to us. They do not care us. They do not care about workers. They do not care about the economy. They don’t care about the environment. They don’t care about healthcare. They care about their wealthy donors. Everyone else in this country could die, but as long as their wealthy donors are okay, they’re just fine.