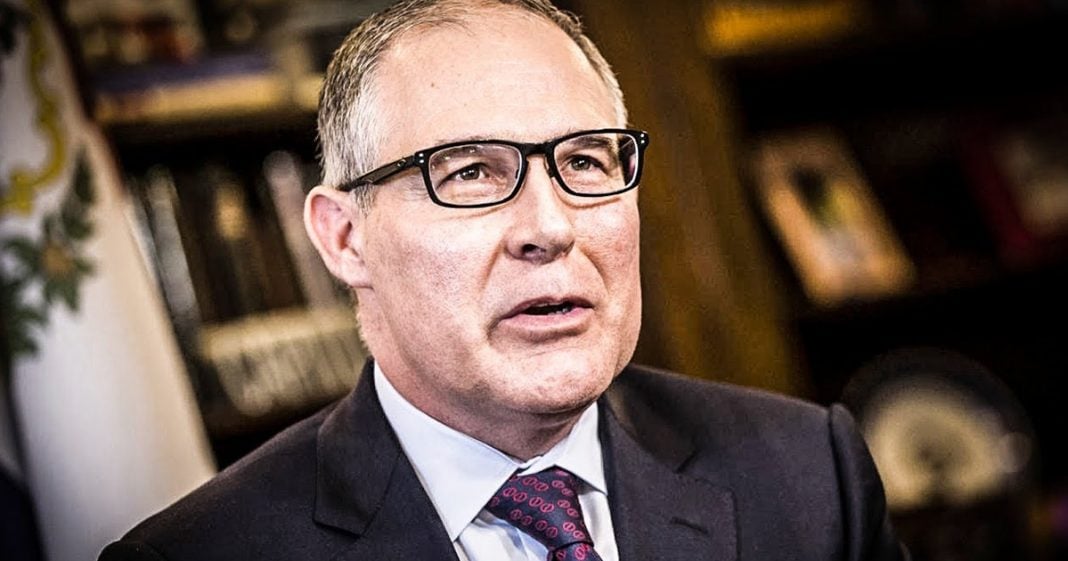 According to EPA head Scott Pruitt, an entire body of research exists showing that climate change simply isn’t real, and his agency totally has those documents. But alas, the EPA has refused on several different occasions to turn over these alleged documents, most likely because they aren’t real. Ring of Fire’s Farron Cousins discusses this.

Not that long ago, EPA Administrator, Scott Pruitt, went on TV where he said that the data backing up the fact that human beings are causing climate change is flawed and that his agency actually had their hands on research that proved that human beings were not having an impact on the global warming that we are seeing today. Obviously, immediately, journalists jumped on this. They wanted to know exactly where these documents were, what was in them, who wrote them, and why the EPA wasn’t sharing this with the rest of the world. So, they filed Freedom of Information Act requests against the agency to finally get their hands on these documents and maybe put an end to this debate once and for all. After all, Scott Pruitt says the EPA has these resource papers, these documents, so why not share them with the public?

After these FOIA requests came out, the EPA said, “All right, we’re going to go look for the documents now.” So far, nothing has turned up. Because, as it turns out, those documents don’t actually exist. There is nothing that the EPA has in their possession that affirmatively states beyond any contradictory research that human beings are not causing climate change. Imagine that. Either the EPA’s lying to all of us and hiding these highly critical documents showing that human beings don’t have an effect on the planet. Or, and this is probably more likely, the director of the EPA lied to the American public to continue pushing the debunked theory that human beings have nothing to do with the warming of the planet.

I’m going to go with Scott Pruitt’s lying to the American public because he’s just an absolute piece of crap. He really is. When you look at his history, back in Oklahoma, suing the EPA on behalf of the oil and gas companies to help cut regulations and allow these companies to have whatever they want. You probably could not have picked a worse person to run the Environmental Protection Agency than Scott Pruitt. Here we have him absolutely lying to the American public, going on television, and telling them things that he knows deep down are not true. Things that his own agency, the EPA, has already admitted in the past are not true. Now he tasks them with the impossible job of finding documents that don’t exist so that he doesn’t look like a complete and total failure.

It’s also worth pointing out that last week, at some point, the sewage backed up in the actual EPA offices. Water fountains inside the EPA’s own building started spewing out raw sewage. I can’t think of a better metaphor for what Scott Pruitt and Donald Trump are doing to the environment of America than having raw sewage come out of the water fountains at the EPA’s own office.