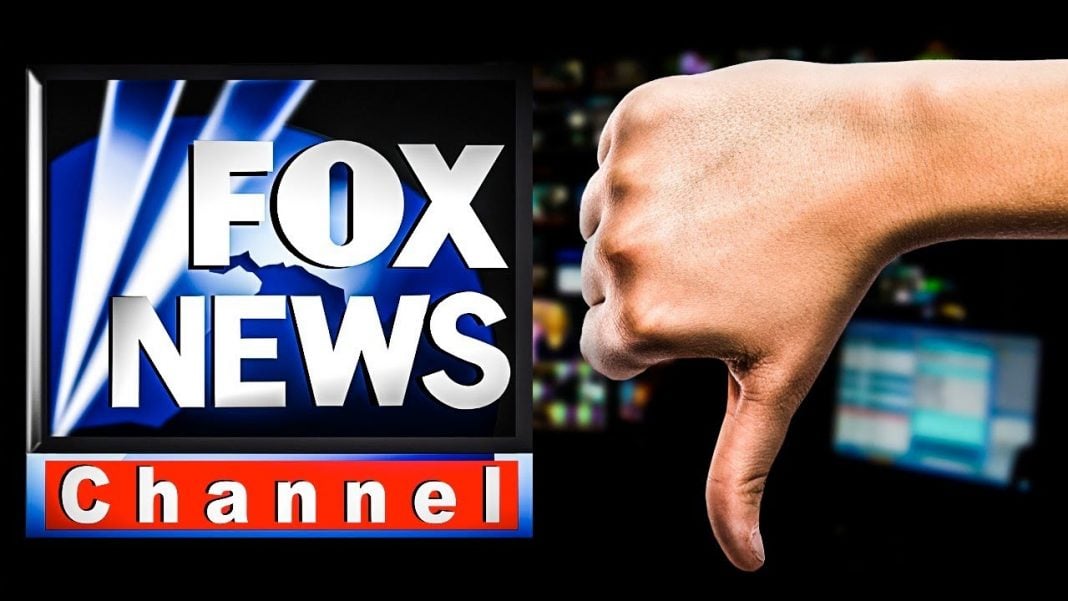 Donald Trump loves Fox News, and Fox News loves him back. But what about their viewers? According to a new poll, viewers of Fox News are beginning to despise President Trump, and his approval rating among loyal Fox viewers has fallen by 37% in the last few months. Ring of Fire’s Farron Cousins explains what that could mean for Trump’s future.

Sean Hannity and Tucker Carlson are going out of their way to spew insane conspiracy theories just to support the Trump administration. And all those conspiracy theories about how great Donald Trump is and how horrible the Democrats are, are actually starting to take a toll on the Fox News viewers.

Because while there may be a love affair between Donald Trump and Fox News itself, Fox News viewers are growing to despise the President of the United States.

According to recent polling, a few months ago 90% of regular Fox News viewers had a positive view of the President of the United States. He had a 90% approval rating among loyal Fox News viewers.

Today, that approval rating has fallen 32 points, down to 58% of Fox News viewers who view the President favorably. Now, yes, that’s still a majority, but his approval dropped 32 points among loyal Fox News viewers in a matter of three to four months. That’s pretty bad. And to be honest, I don’t see that number creeping back up into the 60s or 70s, or certainly not up to the 90% that it once was. If anything, it’s only gonna go further and further down.

Fox News is killing themselves by trying to defend Donald Trump and still spending near 24-hour coverage every day talking about Hillary Clinton. Even the most loyal Fox News viewers, even the ones who will still occasionally chant, “Lock her up!” are kind of getting tired of it. They understand that, look, Hillary’s not president. Yeah, we’ve had plenty of investigations. I know some of them still want more, but they understand it’s not gonna happen because there’s really nothing there, and deep down they know it. But more importantly, she doesn’t matter. Hillary Clinton is not relevant to anything that is happening in this country today.

They wanna know what’s happening with Donald Trump. And as more and more reports come out, as they see members of Trump’s own administration talking about how horrible he is, Fox News viewers are actually listening to that, and they’re responding to it.

Yeah, Fox News viewers ship went up this year. I don’t think that’s gonna be sustainable. And if anything, the only reason it would sustain, is ’cause people wanna tune in to see how crazy people like Sean Hannity and Tucker Carlson have truly become. Because with their viewers right now, they’re starting to lose a lot of credibility, and that’s translating into these negative numbers for the President.