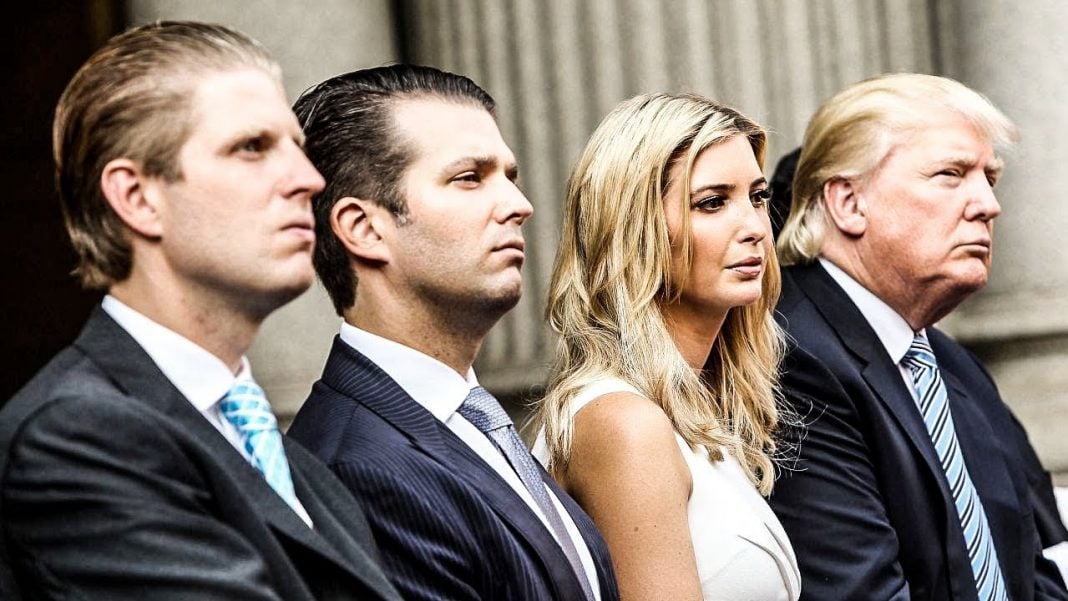 In the recent mayoral election for New York, the entire Trump family had their absentee ballots thrown out because not a single one of them was capable of filling out the forms correctly. Whether it was Trump getting his own date of birth wrong or Ivanka mailing her ballot after the election, these buffoons couldn’t manage a single vote between them. Ring of Fire’s Farron Cousins explains why this is actually a much bigger issue than you may realize.

On November 7th of this year, the city of New York had a mayoral election, and being from New York, every member of the Trump family was able to vote in that election, most of them now living in Washington, D.C., so they obviously had to fill out absentee ballots, and then send them back into New York. Well, as it turns out, according to a new report this past week, every single ballot that the Trump family submitted as an absentee ballot had to be thrown out because those idiots are so dumb, they could not properly fill out their ballots.

Here’s what happened. Melania Trump submitted a handwritten form that had everything in capital letters. You can’t do that. You have to write in script. She didn’t sign the envelope, so therefore her vote was thrown out. Ivanka actually filled out her form correctly, but she didn’t mail it back. It was post marked after the actual election had taken place. So, everything was finished, everything was finalized, and then Melania says, oh, by the way, I forgot to give you this.

Donald Trump himself could possibly be the funniest one, because that numbskull didn’t even get his birthdate correct. So, on his absentee ballot where he had to fill out the personal information about himself, information that he should have known for decades now, he didn’t even know his own birthday. Jared Kushner meanwhile just simply never even returned his. He just said, ah, screw it, I’m probably going to screw it up anyway considering the fact that I’ve never been able to fill out a form correctly.

Here’s what’s funny about this and also terrifying for the American public. These morons have access to top secret information. These idiots, at least one of those idiots, has access to the nuclear codes, and he doesn’t even know his own birthday. Or at least not well enough to get it correct when writing it down on a piece of paper. That is terrifying. These people have so much access and so much power to every secret, to every weapon at the disposal of the United States of America, and they can’t even be trusted to fill out an absentee ballot correctly, or at the very least get it back to New York on time.

These people aren’t fit to, you know … I can’t even finish that sentence because they’re really not fit to do anything. Donald Trump is not smart enough to be the president of the United States, and I know George W. Bush kind of set that bar really, really low on the intelligence level that we expect from our president, and yet, somehow Donald Trump, this allegedly brilliant business man, came in and said, “You know what, George W., I’m going to prove to the world that you are not the dumbest person to ever hold this office, and I’m going to start by showing people that I don’t even know what my birthday is.”