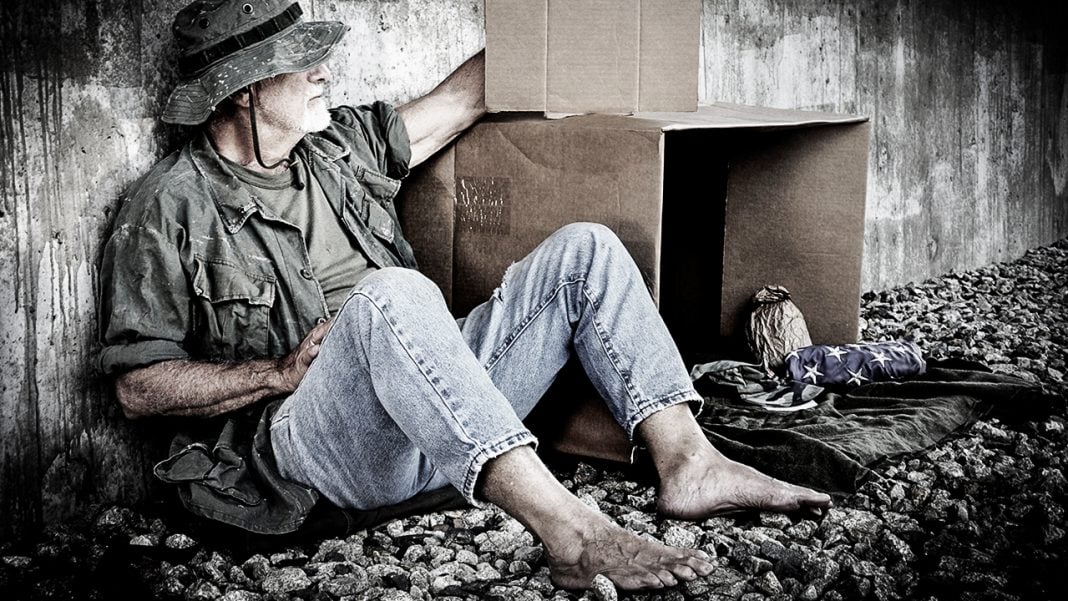 In a particularly cruel move, the Trump administration has decided to end a program that provided housing aide to homeless military veterans. This move came less than 2 days after the Trump administration doubled down on their commitment to US veterans, but apparently that was nothing more than empty words, as Ring of Fire’s Farron Cousins explains.

In a truly heartless move by the Trump Administration, they have announced that they’re going to be ending a program funded by the Federal Government that is supposed to house homeless United States veterans. Now, the program costs about $460 million every year, and the reason they’re trying to end it is because, again, they’re trying to reduce the deficit that they created with their massive tax breaks. One of the ways they’re going to do that is to stop trying to find homes for homeless veterans in this country. Ever since the Bush Administration, and we did plenty of stories on this back in the day, Republicans have always claimed to be the party that supports the troops. However, during the Bush Administration, they sent them to war with subpar equipment that resulted in far more deaths than should’ve taken place, and then they did absolutely nothing to protect those veterans when they came back to the United States.

They’re not funding the VA properly, and now they’re saying, “You know what? We have a lot of homeless vets in this country, but to hell with them. We’ve got to give rich people a tax break.” That is what’s happening in the country today. The Republican Party does not care about the United States Military. Yeah, sure, they love to allocate a lot of money for the Military’s budget, but keep in mind that that money actually goes to the private contractors, the people who make the tanks and the planes and the jets that we use to go over there and bomb the hell out of other countries. That money’s not going to the troops. That money is not going to make their lives better when they’re at war or when they get home from war. That money is going to private contractors, because those people continue to fund Republican campaigns.

The money that’s going into their pockets isn’t coming from privates or soldiers. It’s coming from defense contractors. The next time you hear a Republican say that we support the troops, I want you to remember this story about how they’ve decided to stop funding a program that helps homeless veterans find a home. Keep in mind that “support the troops” really just means support the defense contractors, who fund our campaigns.