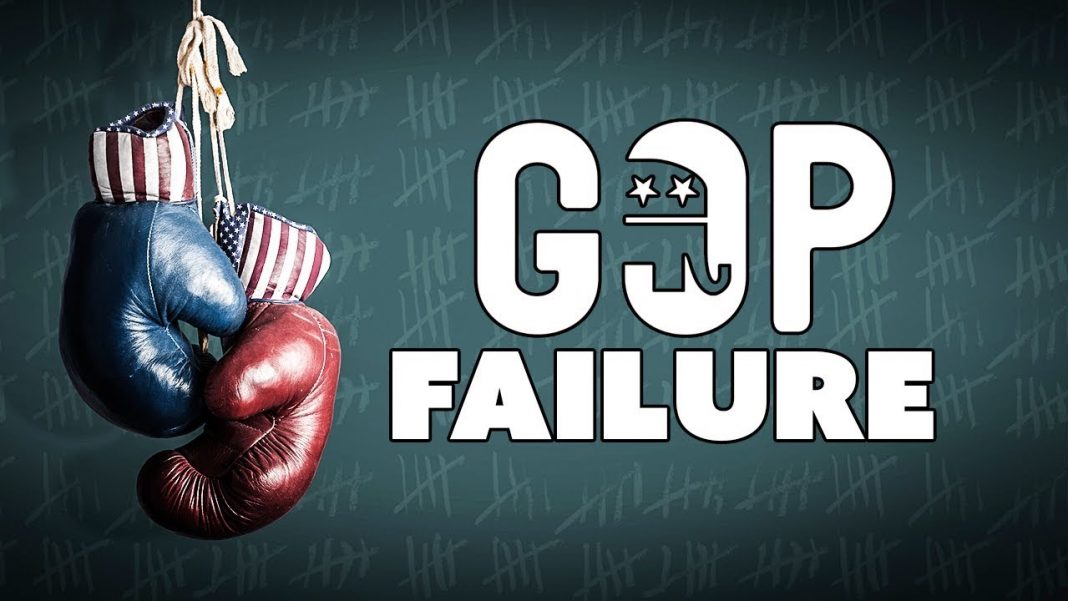 The 2018 midterms are less than a year away, and Republican politicians across the country have already seen the writing on the wall and they know that they are headed for massive losses. Not only does history back up these claims, but the fact that the Party isn’t even trying to hide their contempt for the working class anymore is going to cost them dearly. Ring of Fire’s Farron Cousins discusses this.

Republican politicians all across the United States have seen the writing on the wall, and they all pretty much agree at this point that they’re about to get walloped in the 2018 midterm elections. Keep this in mind. We are now only 11 months away from the midterm elections of the year 2018 where every member of the House of Representatives is back up for reelection and a third of the Senate is up for reelection. The Democrats have an opportunity in the United States to flip both houses, and the Republican Party is absolutely terrified because they believe, according to interviews with high-ranking Republican officials throughout the United States, they believe that it’s going to happen. They do not have faith in their own party that they’re going to win back the House and win back the Senate. They may keep the Senate, but they pretty much concede that the House of Representatives is going to be gone.

Here’s why. First and foremost, history tells them that it’s going to happen. Since the Great Depression, there’s only been one time in American history where the party that controls the White House maintained control of both the House and Senate in the midterm elections during the president’s first year, and that was in 2002 and that was because following the 9/11 terrorist attacks there was this overwhelming sense of Republicans are going to keep us safe and that’s why they got reelected to both the House and Senate, kept their majorities and strengthened them to an extent. That’s not going to happen here. Donald Trump is historically unpopular, the least popular president at this point in his presidency ever in American history, so Republicans see that, they understand those poll numbers, and they know that that is going to translate very poorly for them when they seek reelection.

Furthermore, the special elections that have taken place across this country in the last few months have not been very good for Republicans. Democrats are winning in areas where Democrats haven’t won in decades, Alabama, Georgia, places like that. Deep red states in the American south have flipped to Democrats. There may have been some outside factors in that, but Republicans still understand, they still see those and they think, “We’re in trouble. If a Democrat can win in deep red Alabama, how am I going to win in a purple state?” That’s what they’re concerned about, so they have a choice. Do they run against Donald Trump, try to position themselves as a candidate who’s anti-Trump, and then risk Donald Trump’s angry backlash at them? Or do they go all in with Trump because they’re afraid of him and then face the backlash from the American voters?

My guess, based on what we’ve seen so far this year, especially with people like Lindsey Graham and John McCain, is that they’re going to talk a big game but at the end of the day they’re going to side with Donald Trump on every single thing possible and they’re going to fear his backlash far more than they fear the voters’ backlash, because they think the voters are going to forget about it. But that’s not how it works anymore. The political landscape in the United States has changed dramatically in the last couple years alone, so siding with an unpopular president and hoping that the public forgets that you did that, that’s not really something that’s going to happen in 2018, and I think deep down these Republicans know it and that’s why they’re already gearing up for massive losses in 2018.