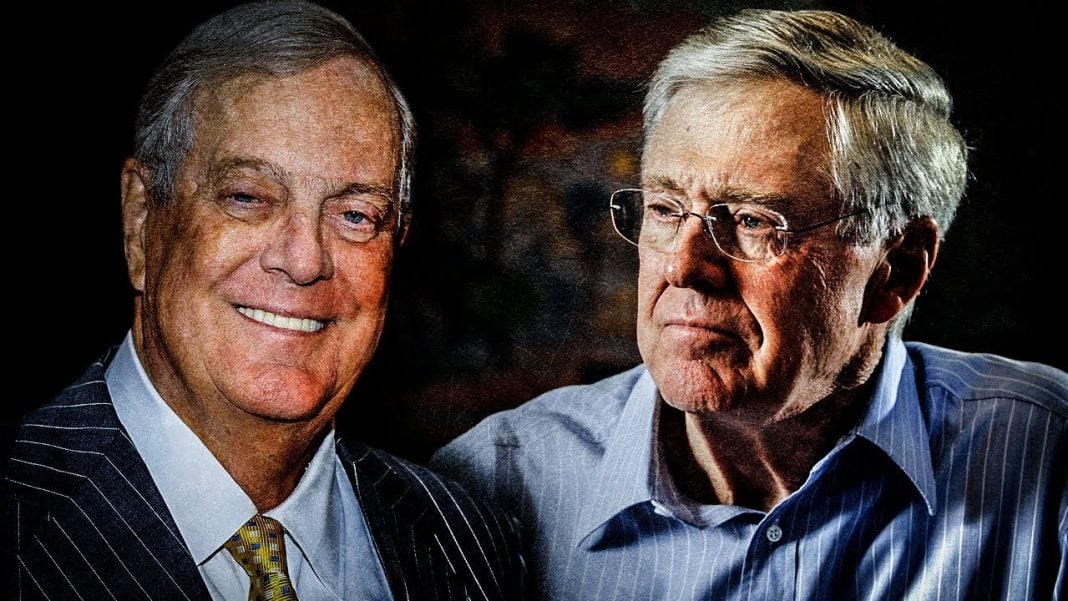 According to a new report from the International Business Times, Charles Koch spent $50 million in 2016 to influence colleges across the country. His goal is to hire professors with Libertarian leanings, and therefore create a new generation of anti-government, pro-capitalism young Americans to carry out his vision for this country. Ring of Fire’s Farron Cousins discusses this.

For many years now, Republicans in the United States had been saying that colleges, universities are just these bastions of liberal college professors trying to brainwash our kids and make them into these liberal, hippy types who hate capitalism. The Koch brothers, specifically Charles Koch, decided to his use his foundation to help reshape this college landscape that, as it turns out, never really existed to begin with.

Last year, in 2016, Charles Koch funneled 51 million dollars to colleges across this country in order to help brainwash college students, this is according to a report by the International Business Times. Here is how the Charles Koch, Koch Foundation-money-to-college scheme works. He would give money, say, a million dollars here, a million dollars to this one, a million dollars to another one and then tell them they need to set up a free enterprise institute at their college campus, which many of them would do. Then, through this little free enterprise organization at the college, they would send them materials teaching kids that the Libertarian way is the only way. Capitalism is good. Government is bad. We need unfettered capitalism and we need no government regulations. Hell, we probably don’t even need government what so ever. The free market is going to fix all of our problems. Always and forever. It is the only lord and savior that you need. That’s the Libertarian way of thinking. It’s backwards. It’s wrong. It’s misguided and has no basis in reality, but that’s what Libertarians believe. And that’s what Charles Koch is trying to spread to colleges all over the country.

This story by the International Business Times about this 51 million they gave in the year 2016 is actually a continuation of reporting that’s been carried out for several years now. A couple years ago stories broke that the Koch brothers were trying to buy their way onto the board at Florida State University, FSU, so that they could be in charge, or at least have a good say in the hiring and firing of college professors. They wanted to stack that college with professors who happen to subscribe to the Libertarian ideologue that the Koch brothers also subscribe to. This is what they are doing.

They claimed for years that college were trying to brainwash kids for the Liberal agenda, which wasn’t true whatsoever. But now these men, the Koch brothers, Charles Koch, they are literally trying to do everything they warn us was already happening. But because it wasn’t, they saw the opportunity. They are coming in there and they’re trying to brainwash our children, our friends, our neighbors to become free market Libertarians to destroy the federal government and promote capitalism here in the United States.

Does that mean I hate capitalism? No. It’s great. It is a good economic system, but it could be better. When you put these same corporations, who benefit from capitalism, in charge of our government, that’s when you run into problems. Those two need to remain separate, other than government issuing regulations to businesses and businesses following. But when there’s money flowing back and forth between the two, that’s when things get bad. And that’s what’s happening today.