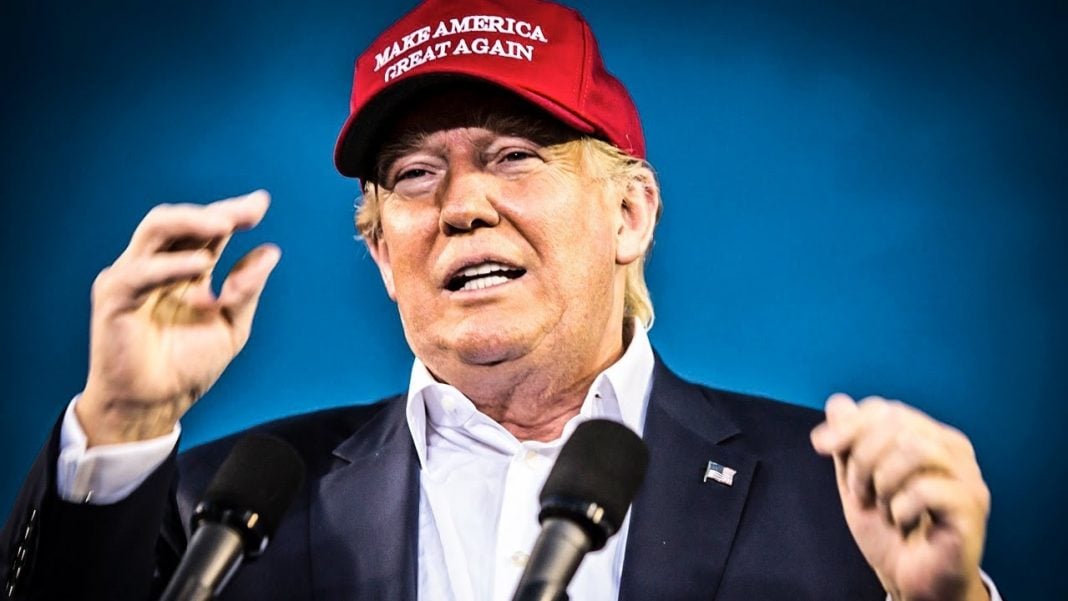 President Donald Trump has always had a problem when it comes to women. His multiple marriages and on-the-record comments about sexual assault show that he treats women as objects, rather than human beings. And a new tell-all book has some even more disturbing information about how Trump has treated his communications director Hope Hicks. Ring of Fire’s Farron Cousins discusses this.

Recently, Donald Trump tried to come out and say that the voice on that Access Hollywood tape where he talks about grabbing women by the genitals and forcing themselves upon them to kiss them even if they didn’t want them to, he said that that voice wasn’t his. Well, Billy Bush, the reporter who was in there with him when the tape was recorded said, “Yes, it absolutely was Donald Trump. Quit lying about it.”

More importantly, a recent story came out in The Washington Post that pulled and excerpt from a tell-all book by Corey Lewandowski, a former Donald Trump campaign staffer, where he said that Donald Trump would force Hope Hicks, who at the time was his press secretary, would force Hope Hicks to come in and steam his pants and jacket while he was wearing them. Hope Hicks would have to get down there, steam the man’s pants while they’re on him, a very obvious act of subjugation on behalf of the woman in front of the man.

This was not accidental. This wasn’t out of expediency. This was Donald Trump attempt to assert his dominance over a woman who he feels is beneath him. Donald Trump believes that all women are beneath him. He does not respect them. He does not treat them with any kind of gratitude or equality whatsoever. He believes that women were put on this earth to serve as his servants. We have seen that repeatedly, not just through his comments, but through his actions. If this story by Lewandowski is true, that this is what he made Hope Hicks do, who thought she was serving an important role in the campaign, an important role in the Trump organization, reduced to having to get down and steam Donald Trump’s pants while they’re on him, that also borders on sexual harassment. You walk into any other business in this world wearing a pair of pants, walk up to a woman, say, “Steam these,” probably not going to go as well as it did for Donald Trump. Just throwing that out there.

But this is Donald Trump’s problem. But, more importantly, it’s the Republican party’s problem. There is not a soul within that Republican party, at least on the male side, that has any respect for women in this country whatsoever. They do not view them as human beings. They do not view them as people with opinions, and thoughts, and feelings, and dreams, and desires. They view them as objects. People to be ruled. People to be told what to do, how to do it, and when to do it. Donald Trump, by winning the 2016 election, proved that the Republican party isn’t even pretending to care about women anymore. They want to tell you what you can do with your body. They want to do things to your body without your permission. Donald Trump stated that he loves to do that.

If there are any women out there who still support the Republican party, I advise you to please take a second look. Look at what Donald Trump says. Look at what he does. Look at what the rest of the men in that party do. Then ask yourself is that really in your own best interest?