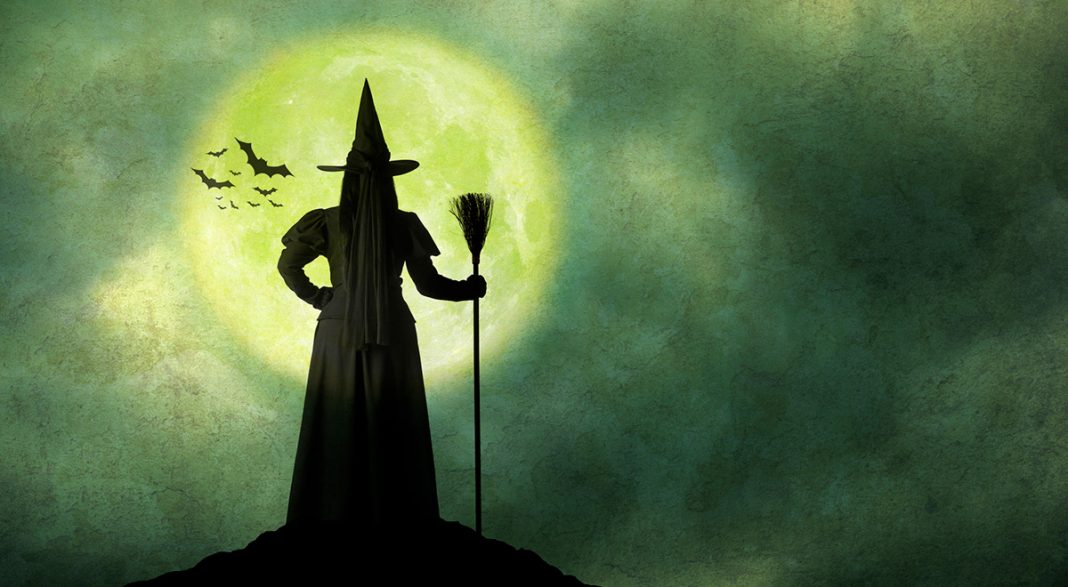 Watch out, Donnie-boy…the witches are putting a curse on you!

As laughable as that statement is, it should come as little surprise that the loonies who still consider sexuality a form of evil, think the world is flat, and live in constant fear of hellfire and damnation actually believe that witches (apparently, a synonym for “feminist” though many are male) are casting hexes on their real Lord and Savior, the Almighty Donald.

It is a form of paranoia that the good folks at the right-wing rag Breitbart are gleefully encouraging. Meanwhile, the evangelicals’ Grand Prophet, Pat Robertson, has been warning his followers that “a bunch of witches has gotten together to put a curse on Trump, and I think the Christians need to be praying for him to defend him.”

Laugh if you will…but this throwback to the 1600s is a tragedy in more ways than one. It is a symptom of an intellectually diseased society that seems bound and determined to drag the nation and the world backward into ignorance and superstition.

In April 2016, the New York Times printed an article entitled, A New Dark Age Looms. That story predicted that such a “Dark Age” would come on as a result of global climate change and humanity’s inability to predict the cycles of Nature as a result, making current scientific knowledge obsolete.

Meanwhile, the Trumpistas are determined to accelerate that descent into the social chaos, superstition, and barbarism that characterized Western Europe during the centuries in the wake of the fall of the Roman Empire. Today, the Trump crime family is doing its level best to suppress and eliminate scientific discourse while replacing educated, qualified individuals in key positions with theocrats and self-serving members of the “merchant class.”

Now, we can add to that a significant group of willful, self-made idiots who want to bring back the Salem Witch Trials and the Holy Inquisition of the Middle Ages.

On the other side, there are indeed latter-day witches who are attempting to cast “binding spells” on Trump. However, the purpose of a “binding spell” is not to inflict harm, but rather to prevent someone from inflicting harm on anyone else. Unfortunately, that’s been just about as effective as the evangelical practice of “praying away the gay.”

Of course, more pragmatic methods of resistance – protests, petitions, investigations and calling upon lawmakers and representatives – have been proving equally useless at stopping the Trump Crime Family from carrying out its holy mission to destroy America. It is therefore not surprising that in a time when the normal rules of democracy and law and order are going out the window that some people would turn to less orthodox forms of resistance. Michel Hughes, who helped to create a “binding spell” to contain Trump, told Vox,

“My thought from the beginning was that Trump’s presidency was surreal and abnormal, therefore there was a need to counter him and resist his administration beyond the normal channels…one very powerful element of the spell is its ability to allow participants to take back their power from the out-of-control administration.”

We cannot disagree about the current Administration being surreal – and it’s definitely abnormal. But attacking the problem using methods from four centuries ago are unlikely to bring about any meaningful change. A more effective method of resistance is to get out the vote and support those in the legal profession who are stepping forward to fight Trump’s policies at the state level – because that is our best hope.