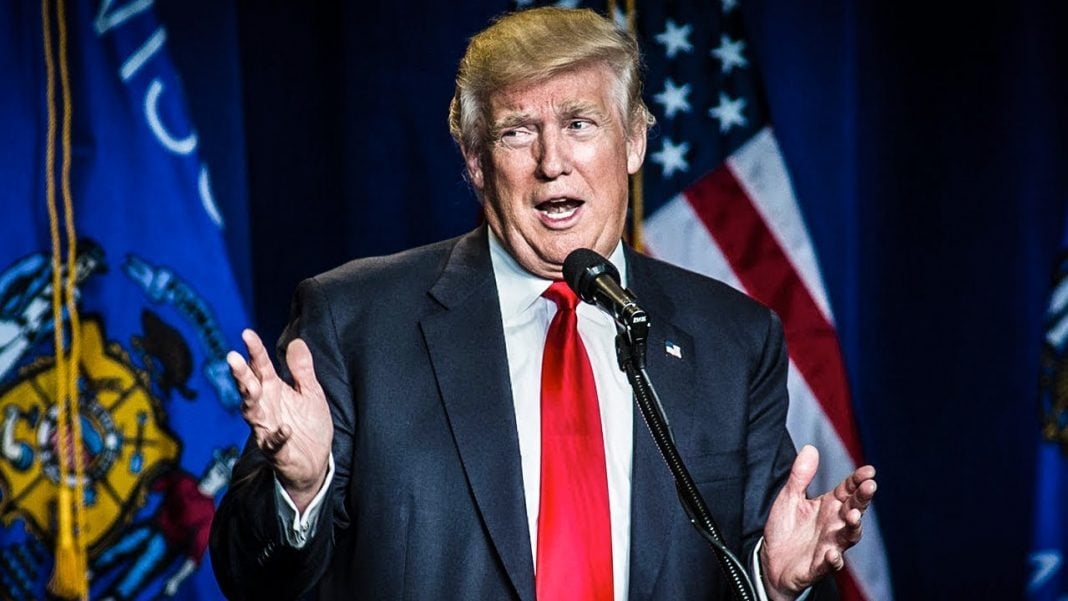 Donald Trump has decided to pull the United States out of the Extractive Industries Transparency Initiative which is more commonly known as the Anti-Corruption Pact. This pact forbade countries from doing business with companies that exploited and bribed government officials around the world in the name of resource extraction. Trump is fully embracing corruption, and as Ring of Fire’s Farron Cousins points out, he isn’t shy about how corrupt he wants this country to be.

Donald Trump is trying to make it as clear as humanly possible to the American public that not only does he not have a problem with corruption, but that he wants the United States to engage in even more corruption all around the globe. Recently, Donald Trump announced that he was pulling the United States out of the Extractive Industries Transparency Initiative, which is also known as the Anti-Corruption Pact.

This is a pact that started in 2002 by former UK prime minister Tony Blair, and 52 other countries have signed on to this pact. It basically, here’s what it says. It says that if you are an extraction company, like Exxon Mobil or any other oil extraction company in the planet, if you go to another country and you bribe foreign officials with money or gifts or whatever it is, you have to disclose that to the public in that area and the rest of the world so that the people can make an informed choice on whether or not they even want you in their country so that the public gets a say, or at least is informed, about the corruption that’s taking place in their country.

Donald Trump recently decided that that’s no good. The United States doesn’t want to take part of that. We don’t care if companies like Exxon or Chevron are going to other countries, bribing government officials, kicking indigenous people off their lands to extract some oil, things that have happened in the last decade. We don’t care about that. We want these extraction companies to just make more and more money. To hell with everybody else. To hell with this Anti-Corruption Pact.

It is absolutely insane that this particular story has flown under the radar here in the United States. The president literally pulled us out of something called the Anti-Corruption Pact because he wants to help boost the profits of fossil fuel companies all over the planet.

Now, I’m sure Rex Tillerson, Secretary of State and former CEO of Exxon Mobil had absolutely no problem with this. Unfortunately for him, he’s going to be the guy that has to go around all these other countries and explain why the United States suddenly decided that corruption is just fine in our book.