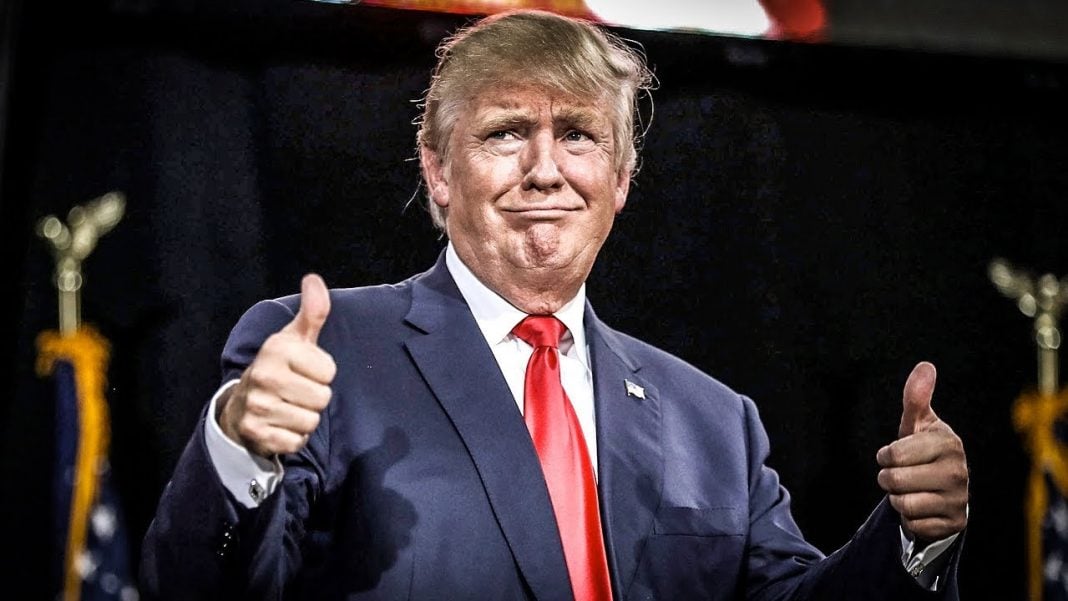 President Trump recently invited the press into the White House where he gave a demonstration on the dangers of “regulations.” He stood next to stack of papers that each represented a regulation designed to protect your health and safety, and then bragged about the fact that he was destroying them. Your air and water are becoming more dangerous, and Trump couldn’t be happier about it. Ring of Fire’s Farron Cousins discusses this.

Recently, Donald Trump staged an event at the White House where he symbolically cut red tape leading up to a massive stack that allegedly represented the number of regulations that the Trump administration has cut since they came into office, as well as regulations that they haven’t yet gotten to cut, but don’t worry, they’re going to get around to it. Trump, during this little ceremony, bragged about the fact that they’re slashing 22 regulations for every one regulation that they create.

Well, here’s the problem with all of this. Here’s the problem with all of the sycophantic Republicans who are cheering this slashing of regulations. Those regulations are designed to save lives of American citizens. That is what they’re for. That’s why we have them. To protect us. And, yet, here we have a man who is symbolically not just cutting red tape in that image, he is cutting a lifeline for American citizens. A lifeline that the federal government provided to make sure that corporations and buinesses weren’t doing things that were going to intentionally get American citizens and American workers killed while on the job or while out just living their lives.

Trump further said that he wants to slash American regulations back to where we were in the 1960s, which, of course, means no Clean Air Act, no Clean Water Act, no Superfund toxic site cleanup so corporate toxic waste can just go unabated, no Endangered Species Act, no Wilderness Act, no National Forest Management Act so corporations can come in, clearcut wherever they want. Again, all of these regulations and many more that Trump has cut and the ones that he wants to cut, they save our lives.

And if that’s not reason enough for you, then think of it this way. At least in terms of environmental regulations, for every $1 spent on compliance, it adds $7 in a ripple effect throughout the local economy in those areas. So, for every $1 the corporation spend, it generates $7 in economic activity throughout that economy. That’s good. We want more money flowing throughout the economy. Regulations, according to every single credible study that’s looked at it, actually create jobs. They don’t destroy jobs like Republicans have been telling us for years. They create jobs. They create economic activity and they save American lives.

Trust me. The only people who benefit from repealing these regulations are the CEOs and shareholders of massive corporations. Repealing the Clean Air Act isn’t going to help mom and pop businesses like Paul Ryan and Donald Trump say it will. How may mom and pop oil companies do you know of? Any mom and pop agrochemical companies out there making roundup knockoffs to compete with Monsanto? That’s not how it works.

Republicans are relying on the fact that you are not going to educate yourself to learn what regulations actually do. They’re going to assume that you are stupid and you will buy into their propaganda. That’s how they get away with this. We have to prove them wrong. At the moment, unfortunately, there is nothing we can do to stop the Trump administration from slashing these regulations and sending us into an America that is about as bad as it was in the 1960s in terms of air quality and environmental quality. We’re moving backwards. We’re moving backwards at an amazing rate. We can’t stop that until we get Trump and the Republicans out of office. Just remember, the next time you go to vote, which party thinks that you should breathe clean air and which party thinks that air should be just as dirty as it was 20, 30, 40 years ago.