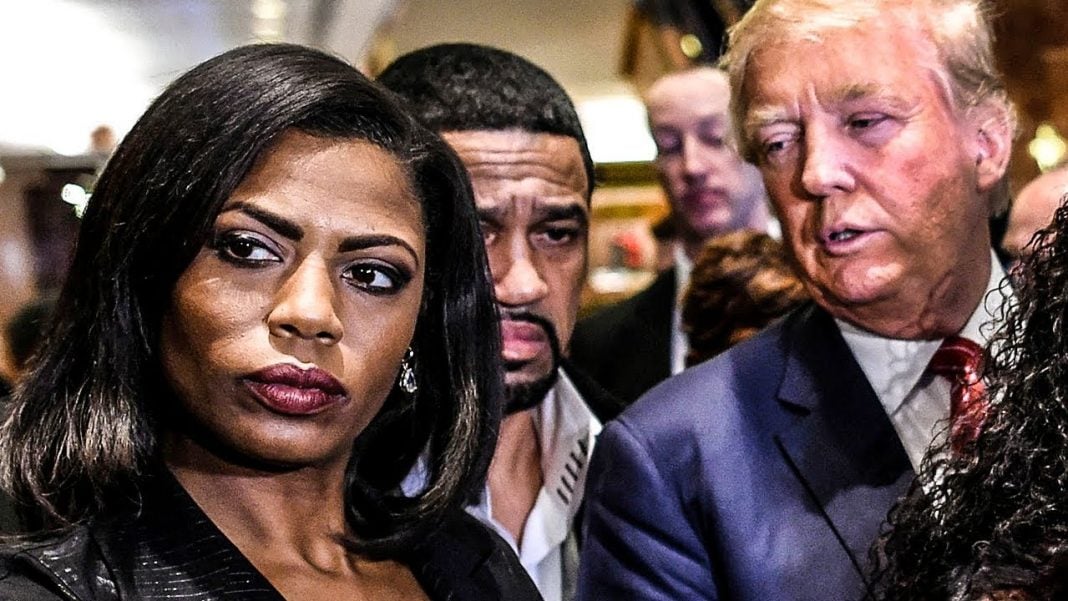 According to reports, those closest to Donald Trump inside the White House are absolutely terrified that recently-fired/resigned adviser Omarosa Manigault-Newman will reveal the deepest, darkest secrets that the administration is hiding. Even if you aren’t a big fan of Omarosa, you probably want to see her spill the beans on everyone in this administration, as Ring of Fire’s Farron Cousins discusses.

According to sources within the White House, people surrounding Donald Trump are absolutely terrified of, Omarosa Manigault Newman, the recently fired/resigned advisor to the president, who was reportedly dragged off the White Property the same day that she allegedly resigned, after having her Secret Service security clearance revoked. Now, the reason they’re terrified of her is because they believe that she is going to expose all of the dirty secrets of the Trump Administration. Now, according to The Hill, the people they spoke with do not believe that Omarosa is going to end up rolling on the president himself.

However, because they view her as a very spiteful, vindictive person, they do believe that Omarosa’s going to come forward with some pretty disgusting stories about the people that Donald Trump has surrounded himself with, who she views as her rivals. You see, according to The Hill, Donald Trump has been Omarosa’s kind of bread and butter ever since she appeared on The Apprentice. So that’s why it’s probably not likely that she’s going to roll on him although I wouldn’t put it past her at this point. She sees a massive media opportunity ahead of her, possible book deals, all kinds of stuff, if she’s willing to spill the dirt on the president.

But if she’s not, it’s still incredibly likely that she’s going to tell all of the dirty little secrets of all of the little people that surround Donald Trump day in and day out. According to her, she’s seen some things in that White House that were absolutely disgusting. So there’s no telling what she’s seen, what she knows or how much truth will be involved in any of the things she comes forward with. But what we do know is that the White House is absolutely terrified at this point. Here’s the thing. This is something Donald Trump hasn’t exactly learned throughout any part of his life, which is really pathetic considering that the man’s in his 70s.

And that is this, you can’t go around just pissing everybody off, being a jerk, and basically, alienating every potential ally you might have, because eventually they’re going to come back for you; they’re going to come after you. If they’ve known you as long as somebody like Amorosa has and worked around you, worked around all your people for so long, they know a lot more than you want them to say to the public.