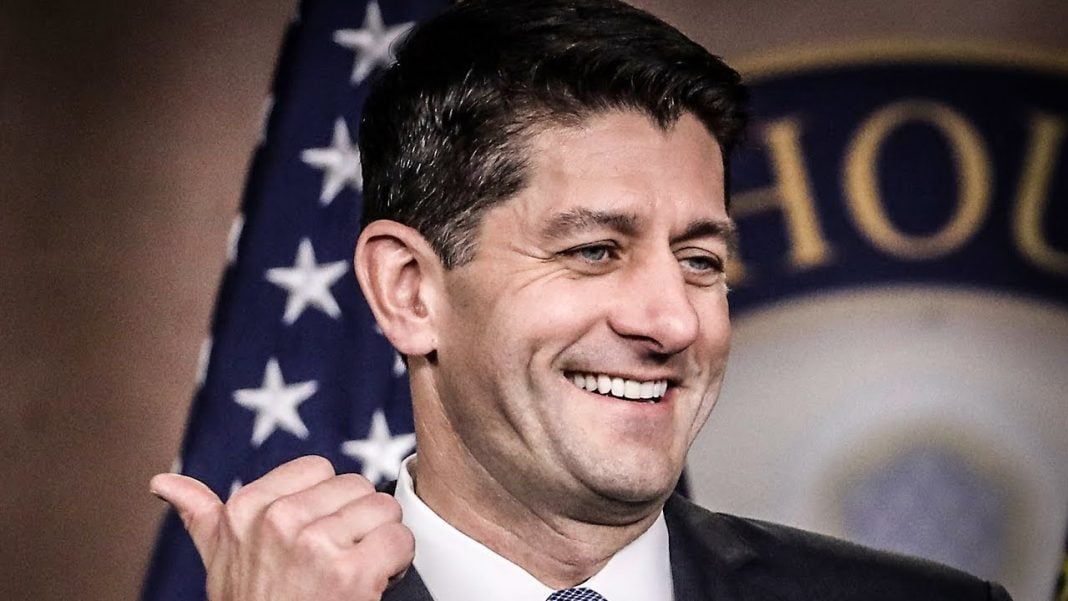 According to House Speaker Paul Ryan, Congress will no longer be using our tax dollars to quietly settle sexual harassment claims against House members. That’s a great start, but they should also probably STOP HARASSING WOMEN! Ring of Fire’s Farron Cousins discusses this.

Recently on a Wisconsin radio program, house speaker Paul Ryan announced that he was going to make sure that the house of representatives, the senate, that everybody in government stopped using tax dollars to pay off sexual harassment victims that have accused members of congress of sexual misconduct, which is a great step forward. There’s absolutely no reason that in the last few years 17 million dollars of tax payers’ money has been used as, basically, hush money to silence these women who have been harassed by members of congress. So Paul Ryan announced that he was coming forth, he was working with other members of congress on a plan, some kind of package, that would prevent them in the future of being able to use this money, our tax dollars, to pay off these victims. It’s a great start.

Here’s another thing I think the members of congress should do. Stop sexually harassing women. That’s another great place to start. What if we just stop acting like pigs all of the time, and learn how to control yourself?

Now, Paul Ryan did admit that they’re also working on making every member of congress go through some kind of sexual harassment training so that they don’t do it, or that they stop doing it. But here’s the reality: I don’t know that that’s going to work. I’m pretty sure that everybody knows that sexual harassment is wrong. They just choose to do it anyway because they’re acting on their animalistic impulses because they can’t control themselves.

The problem is not that they don’t know it’s wrong; the problem is that they don’t care that it is wrong. And, yes, it is exceptionally dirty to be using our tax dollars to have to pay these settlements and these claims that these women have filed against members of congress, but the rest of us shouldn’t be punished because of your behavior. Those tax dollars need to go towards things like schools that are about to have their funding slashed under the Republican budget. Children’s healthcare that’s, again, about to be slashed under the Republican budget.

We absolutely should not be paying to settle the claims of members of congress for sexually harassing women. You make enough money up there in congress. You should be able to pay those out of pocket if you lack the ability to control yourself every time you get around women.