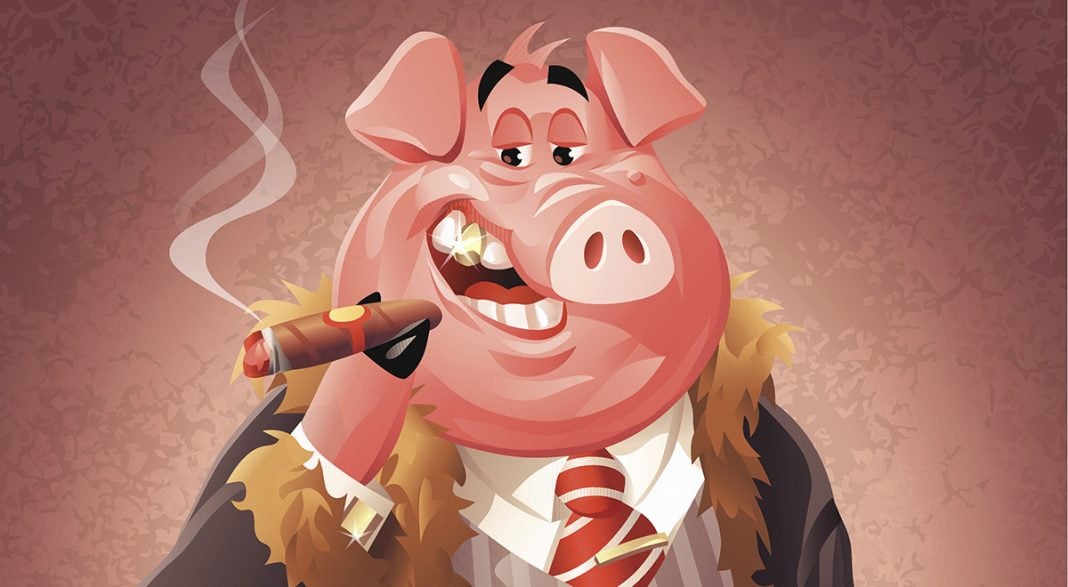 A recently released IRS Form 990 filed by Pharmaceutical Research and Manufacturers of America (PhRMA) shows that the industry trade group enjoyed a 25 percent increase in revenues in 2016 – and “invested” almost $60 million for its members, buying off a small army of lobbyists, patient advocacy organizations and of course, legislators. This is the biggest increase in almost a decade, when PhRMA mobilized its forces during debates over the Affordable Care Act.

It is no coincidence. Every time the legislature begins considering ways to rein in the industry’s greed and abuses, PhRMA gears up to fight to protect its members’ bottom line. “PhRMA has always responded by increasing its resources,” says the organization’s former CEO, William Tauzin. Sheila Krumholz, executive director of the Center for Responsive Politics, agrees, predicting that “They’re going to marshal even more resources when they perceive that these threats or opportunities are most imminent.”

Last year, in the wake of well-deserved bad publicity over egregious price gouging, PhRMA did especially well; income for 2016 was $271 million – $51 million more than it received the previous year. $7 million of that went into a major public relations campaign called “Go Boldly” – which was an attempt to repair the industry’s justifiably blackened reputation. (Ironically, but not surprisingly, the Alzheimer’s patient who starred in the multi-million dollar campaign has been facing homelessness and destitution – and has been conveniently forgotten by the industry he served so well.)

Many large “donations” went to patients’ organizations such as the American Lung Association ($110,000), the Juvenile Diabetes Research Foundation ($136,000), the Lupus Foundation of America ($253,000) and the American Autoimmune Related Disease Association ($260,000). Political Action Committees were not forgotten: the right-wing American Action Network received a check for over $6 million, while the Republican Governors Association got over $300,000. Of course, like any good gambler, PhRMA likes to hedge its bets: the Democratic Governor’s Association was given $350,000.

PhRMA also spent $57 million for lobbying across the country during the last election cycle – an increase of 66% over 2015. Most of this money was spent in states where limits on drug pricing and transparency requirements were under legislative consideration. On top of that, PhRMA contributed $64 million to a California group that was able to defeat a proposal that would have prohibited health care agencies in the state from paying more for medications than the V.A.

Last year, Hillary Clinton, proposing strict price controls on drug pricing, rightfully accused the pharmaceutical industry of “making a fortune off of people’s misfortune.” Her opponent, the pathological liar and current “Commander-in-Thief” who was installed by the antiquated Electoral College, put forward the idea that he could save the country $300 million a year by requiring drug companies to submit bits (of course, we know what Trump’s statements are worth).

Every time there is attempt by lawmakers to bring some sanity to an out-of-control industry by holding these corporate vampires to account, you can be certain that PhRMA will be there, spending hundreds of millions to make sure that ordinary Americans will have to pay exorbitant prices for life-saving medications while their CEOs and shareholders laugh all the way to their Swiss banks. And now that the industry has the most corrupt, thieving, autocratic and self-serving government in U.S. history firmly in its back pocket, we can expect that nothing will change in the foreseeable future.