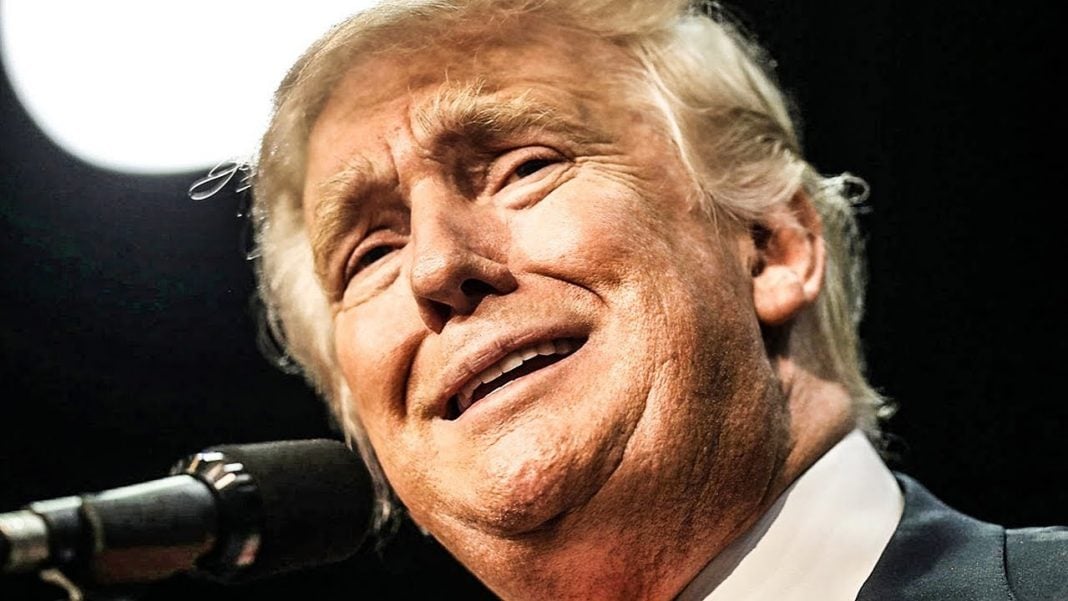 Donald Trump told us a few weeks ago that he doesn’t have much time for watching TV, but then shortly after that a New York Times expose came out saying that the man spends about 4-8 hours every day sitting in front of a television. We got a little bit more proof of that recently when Fox and Friends decided to run a segment talking about how negative all of the press has been against Donald Trump in his first year in office.

Donald Trump immediately, after watching that report … I think actually during that report, tweeted out the following. “Wow. More than 90% of fake news media coverage of me is negative. With numerous forced retractions of untrue stories, hence my use of social media. The only way to get the truth out. Much of mainstream media has become a joke. @FoxandFriends.”

Now, I don’t know why he decided to tag Fox and Friends. I don’t know if he was saying that they’re fake news too, which they very clearly are, but I think he was just trying to show a little bit of solidarity that, “Hey, I’m watching your show and I agree with you 100%. Thank you for being such loyal lapdog cheerleaders.”

Here’s the problem with Donald Trump. He has gotten pissy throughout his entire presidency this year about the alleged fake news, and people being so mean to him in the media. CNN, Washington post, and New York Times, and ABC, and NBC, and CBS. They’re all so darn negative about the things he does. Well, somewhere, sometime, maybe Donald Trump will have one of those ah-ha moments and realize, you know what? Maybe it’s me.

Now I seriously doubt that’ll happen, but really. The problem is you. It’s not that these media outlets are just being mean and negative about you. It’s the fact that there has literally been nothing positive that has happened in the last year regarding you that they can report on. What, are they going to report on you attacking senators on twitter in a positive light? Oh, it’s good that you implied that Kirsten Gillibrand was somehow, some sort of a campaign donation prostitute. Because you did that, and there’s really no positive way to spin it.

How are they going to positively spin the fact that damn near everybody you endorse in their campaigns lost this year? How are they going to spin into some kind of positive story the fact that your budget and your tax cut bill is going to destroy the middle class in American and literally, through cuts from educational food programs and the snack program, going to take food out of the mouths of American children.

Yeah, a lot. The majority of press coverage of Donald Trump has been overly negative, but that’s because the majority, the entirety really, of his presidency, has been negative. If you ever do something good, I promise you, we’re going to talk about it. We’ll give you praise for it. Hell, I remember before you were sworn in, one weekend, you said that you want to do whatever you can to lower the cost of prescription drugs in the United States, and that was a huge positive for you.

Nobody really believed you, and eventually you did nothing about it. That’s your problem. You’re a liar. You’re a hypocrite. You’re a fraud. You’re a con man, so yeah. Pretty much all of the press coverage of you is going to be negative until the day that maybe, you decide to do something good for the United States, like resign maybe.