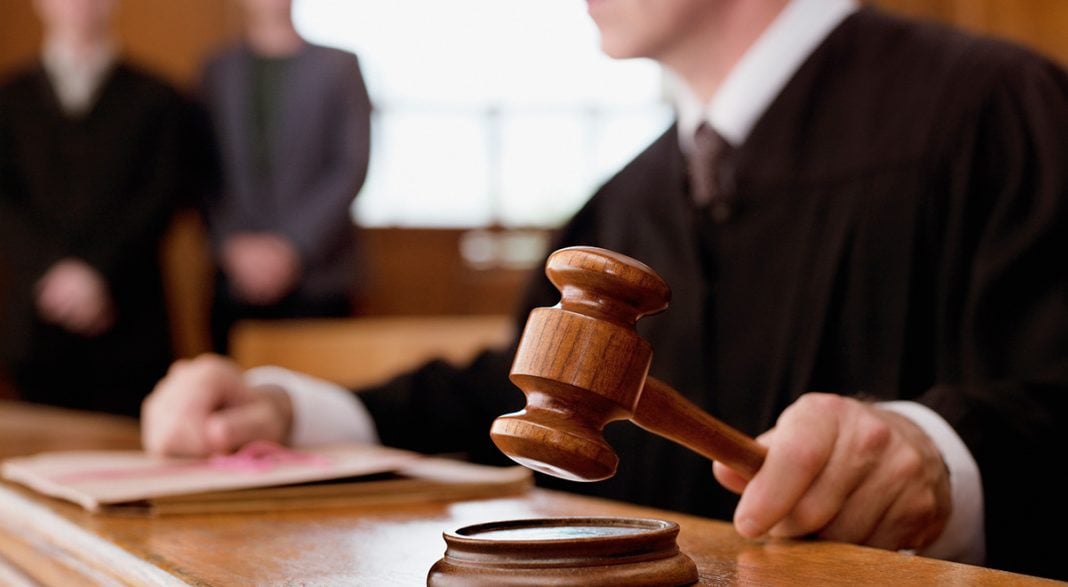 In the wake of last week’s farce that was the confirmation hearing of FEC Commissioner Matthew Petersen (who withdrew his nomination this week after the video of his embarrassing interview with the Senate Judicial Committee went viral), the GOP-controlled Senate Judicial Committee has voted to confirm yet another of Trump’s right-wing lackeys to a lifetime appointment on the Federal bench. Meet L. Steven Grasz, who the American Bar Association has determined to be unsuitable to serve as a judge due to his deeply-ingrained biases and demonstrated inability to set aside his personal social and political views.

Grasz, a native of Nebraska, is currently employed as senior counsel for an Omaha law firm. A graduate of the University of Nebraska College of Law, Grasz started out as an associate at Kutak-Rock LLP. Ironically, one of the firm’s founders, the late Robert Kutak, was chairman of the American Bar Association commission that established the Model Rules of Professional Conduct in 1983. Among other duties prescribed by these rules are the withdrawal from representation when circumstances warrant, attention to due diligence, understanding of when a person is not competent to participate in a legal proceeding, and avoidance of conflicts of interest.

That last part is noteworthy; ABA Rule 1.11 provides special guidelines for lawyers who have served as a public officer or government employee, which states that such a lawyer

“…shall not otherwise represent a client in connection with a matter in which the lawyer participated personally and substantially as a public officer or employee, unless the unless the appropriate government agency gives its informed consent, confirmed in writing, to the representation.”

After his brief tenure at Kutak-Rock, Grasz spent more than 11 years working for the Nebraska Attorney General’s Office. During this time, he wrote nine briefs for the U.S. Supreme Court and was the counsel of record in Stenberg v. Carhart, which successfully challenged Nebraska’s “partial birth abortion” law – a statute which made such a procedure illegal, regardless of the mother’s health.

During the ABA’s investigation of Grasz’s qualifications for federal service, a number of disturbing issues came up repeatedly in interviews with his professional colleagues; primarily, that Grasz is not “free from bias,” and would be “unable to separate his role as an advocate from that as a judge. There were also doubts about his commitment to to principle of legal precedent, or stare decisis; over the course of his career, he has argued that lower courts should be able to essentially write legislation by outlawing partial birth abortions – in spite of higher court rulings to the contrary.

On top of that, several of those who were interviewed described instances “in which Mr. Grasz’s conduct was gratuitously rude.”

Another concern was his “deep connection and allegiance to the most powerful politicians in his state.” By his own admission, Grasz spends half of his working life as a lobbyist. While he claims to understand the difference between the roles of an advocate and an adjudicator in theory, he appears to have little understanding of the distinction in practice.

In addition to being rabidly against a woman’s right to control her own body, Grasz serves on the board of a Christianist Taliban organization known as the Nebraska Family Alliance, which among other things, supports “gay conversion therapy.” He has argued that legal protections for LGBTQ individuals is tantamount to protecting pedophiles (conveniently ignoring scientific evidence showing that homosexuals and bisexuals are no more likely to be child molesters than heterosexuals).

In short, like Matthew Peters, L. Steven Grasz is one more regressive, reactionary arch-conservative who would gladly plunge society back into the 19th Century. Distressingly, the swing vote that confirmed Grasz was cast by Senator Susan Collins of Maine, long seen as a moderate Republican. Despite clear evidence to the contrary, Collins swallowed Grasz’s claims over “his commitment to faithfully applying Supreme Court precedents, including Roe v. Wade, his strong belief that LGBT people are entitled to justice, respect, and dignity under the law, and his pledge to treat all litigants before him fairly.”

We’ll believe that when we see it.