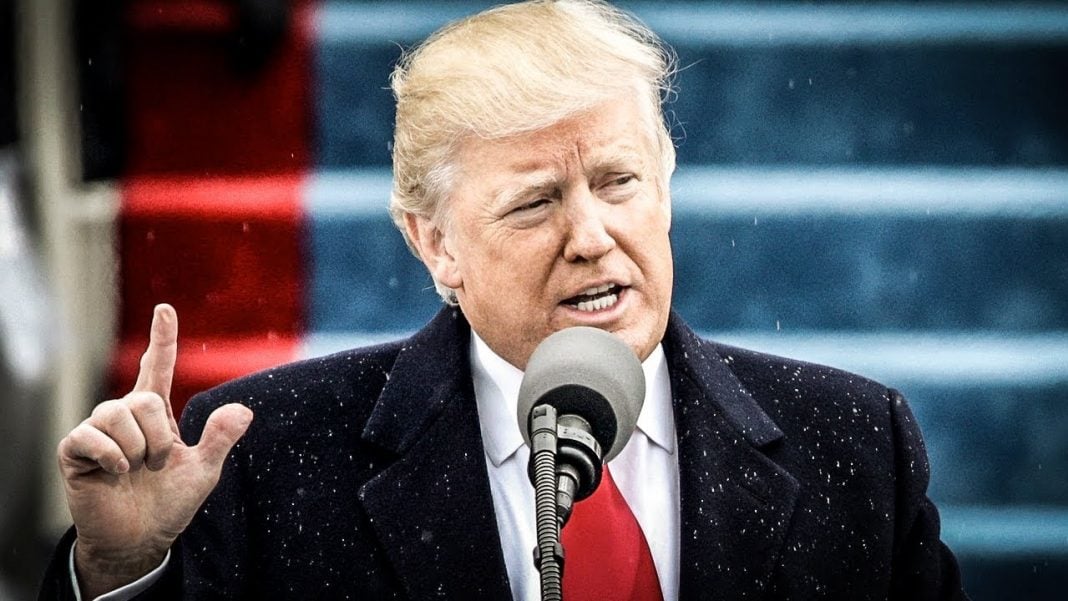 Donald Trump’s proposed budget includes dramatic cuts to both education and healthcare programs that aide underprivileged children in the United States, a move that is being made so that he can reduce his own tax rate. The federal government is falling apart, and that’s exactly what the Republican Party has always wanted. Ring of Fire’s Farron Cousins discusses this.

Republicans have until December 22nd to come up with a budget plan to keep the government running. I say Republicans because even though the Democrats play a role in it, Republicans are in charge of the House and Senate and the White House. So it’s really the Republicans that are on the hook for coming up with this new budget and unfortunately, they’re doing exactly what you would expect Republicans to do in this situation. The proposed budget that is supported by Donald Trump, includes massive cuts to both children’s education programs and children’s health insurance programs, just so that the Republicans can try to offset the one trillion dollar plus debt that will be created because of their massive tax cuts.

In short, Republicans are going to strip our children of a proper education. They’re going to strip them of government funded healthcare for needy children just so that they can lower tax rates on corporations and the top one percent of income earners. They want those people to have more money. So I’m sorry that your kid’s not going to be able to have text books in school because we slashed their budget down to nothing, but good god, these wealthy people need to buy another home. They need another mansion. How can you poor people be so damn selfish as to want a proper education when rich people are going with only three or four homes, when they should have five or six.

That’s essentially what the Republican party, and Donald Trump especially, is telling us because Donald Trump is going to benefit from this tax cut package probably more than anyone in this country. If not, he’s going to be one of the biggest. He’s the kind of guy who does get a private jet tax write off. His family would be effected with the inheritance tax stays in place, which they’re probably going to repeal. He’s the kind of guy who earns enough money to where he will get a massive tax break. According to reports, his family’s looking to make over one billion dollars as a result of these reduced taxes and at the same time he, Donald Trump, wants to take education away from our children.

He wants to take healthcare away from underprivileged children in this country whose parents can’t afford it. He doesn’t want to cover those kids. The Republicans don’t want to cover those kids. Those kids don’t even exist in their minds. They may as well just not have health insurance. Let’s just let Darwinism take place and see what happens to them. That’s the Republican mindset and it’s all because they want to give more money to the wealthy elite. Republicans are done trying to pretend that they care about the middle class. This tax cut package, and this budget, and they’re attempts to repeal and replace the Affordable Care Act, prove that they don’t care about 99% of people in this country.

And if you’re an underprivileged person, if you’re working minimum wage or if you’re struggling to make ends meet, living paycheck to paycheck, struggling to pay for your medication or your health insurance or child’s education, and you vote Republican, then you’re doing this to yourself. And that is a harsh thing to say and I hate to have to say it, but that is the way it is. Excuse me, the Republicans, do not give a damn about you and yet we keep electing them, keep putting them into office, and then wondering why our lives are getting worse and worse by the year. Look at your voting habits and you’ll find your answer.