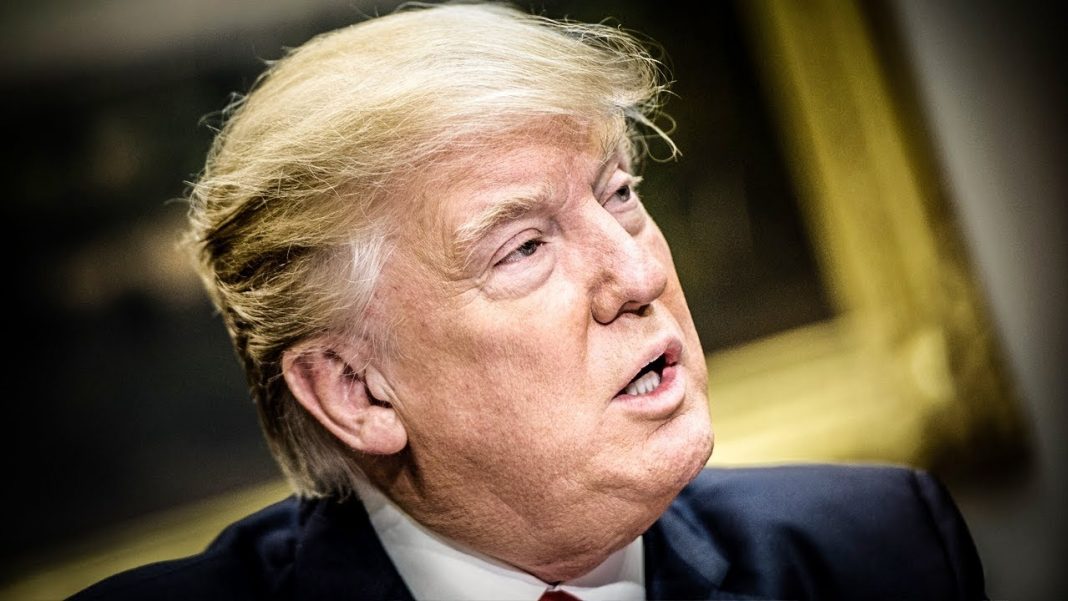 According to the latest round of polling, 53% of American voters believe that Donald Trump should immediately resign over the mounting sexual misconduct claims against him. At this point, no fewer than 19 different women have accused Donald Trump have groping, fondling, or harassing them, allegations that would land any other politician back on a plane home. Trump has to go, but it is doubtful he’ll listen to the public on this one. Ring of Fire’s Farron Cousins discusses this.

According to a new round of polling, 53% of voters in the United States believe that Donald Trump should resign over the sexual misconduct allegations that are against him. 53% of the public believe the women who have accused Donald Trump of sexual misconduct and they believe that these offenses that Trump has allegedly committed should result in the President resigning from office. Now I wholeheartedly agree with these people. The allegations against Trump, even if it was just one, should disqualify him from office. After all, let’s not forget that one of the main reasons Bill Clinton got impeached and that whole process even started was because they were investigating extra marital affairs and other claims of harassment against the President. That ultimately, coupled with a few other things, but that led to the hearings that led to his impeachment that led to the perjury charges, all that. So Donald Trump has literally done the same thing, we just haven’t gone that route yet for some reason.

But here’s the other thing, these 53% of people that now say he should resign because of these charges against him or these allegations, these aren’t new, okay? These allegations didn’t just suddenly spring up when he became president of the United States. These were things that we knew about during the campaign and yet some of you who now say it’s disqualifying voted for him anyway. You can’t suddenly be outraged by it. I’m glad ya are but where were ya last year? Where were you when the Access Hollywood tape came up? Why didn’t the media make this a bigger issue? And that’s the overall problem here. We’ve known about this for years. We just didn’t act on it. Well, some of us didn’t. We have known what this man does to women. We have known how he treats them. We’ve seen the lawsuits and we saw the allegations and yet some people in this country had to wait, wait a year after he was inaugurated to finally say, you know what I’m gonna start taking these women seriously and it’s time for him to go. If you would’ve done that last November he wouldn’t even be President.