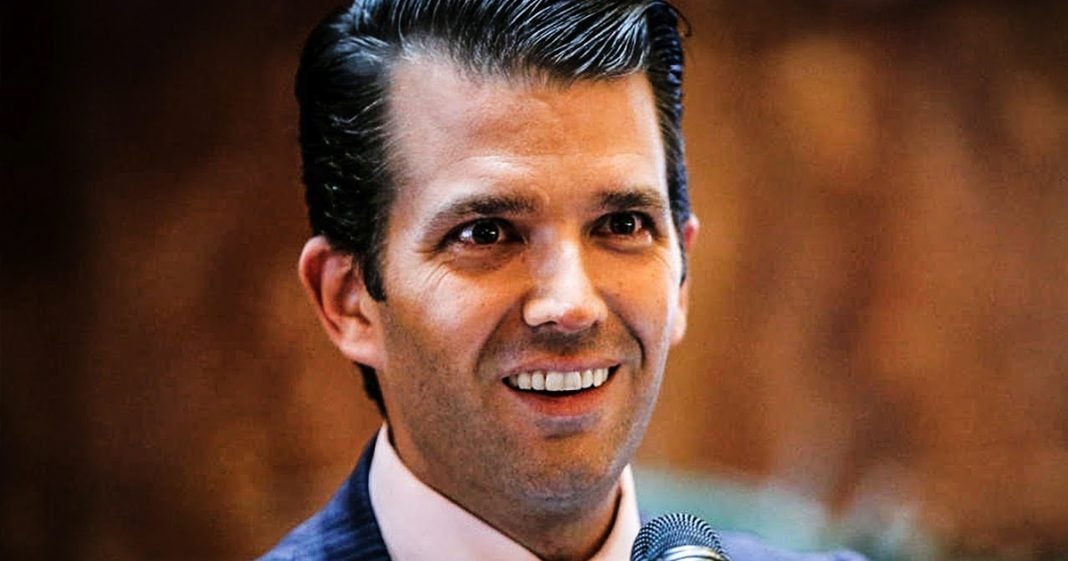 Donald Trump Jr. seems to be going out of his way to prove to the country that he is the dumbest member of the Trump family. After the FCC voted to repeal net neutrality rules on Thursday, Trump Jr. Tweeted out that most of the people angry at “Obama’s FCC commissioner” probably couldn’t explain what the rules were about in the first place. What Junior didn’t realize was that it was his dad that appointed Ajit Pai as the FCC Chairman earlier this year. Ring of Fire’s Farron Cousins discusses this.

Donald Trump Jr. seems obsessed with proving to the country that he is absolutely the dumbest member of the Trump family. On Thursday, shortly after the FCC voted to repeal net neutrality rules, Donald Trump Jr. tweeted out the following: “I would pay good money to see all of those people complaining about Obama’s FCC chairman voting to repeal #netneutality actually explain it in detail. I’d also bet most hadn’t heard of it before this week. #outrage.” Now first of all, I don’t know what net neutality is but I’m assuming he meant net neutrality.

But more importantly, the big takeaway from this dumb-ass’s tweet is the fact that he referred to Ajit Pai, the FCC commissioner, as Obama’s appointee. Now, somebody probably needs to let Donald Trump Jr. know that it was actually his dad who appointed this guy earlier this year. But that is how backwards and stupid the Trump family, and to be honest, a lot of Republicans in this country, really are. They think every bad thing, everything that the public doesn’t like, came from Obama. That’s what Trump Jr. was trying to say. Furthermore, he insulted the knowledge of people in a tweet where he proved that he didn’t know what in the hell was going on. “I’d pay good money to see these people explain it.” Really? You can’t even explain where this guy came from, and you don’t even know who appointed him. It was your dad, you idiot. This guy is probably not gonna do very well in prison, just considering how stupid he is.

But this also kind of shows us that, yeah, Donald Trump Jr. is probably going to be the weak link in the Trump family chain that helps Bob Mueller, the special prosecutor, get even more dirt on the family. We have seen this guy screw up time and time and time again by releasing that email chain that helped to implicate him in that scheme with the Russian lawyer to get negative information about Hillary Clinton and the Democrats. He did that voluntarily because he’s just that dumb. Now he’s proven that not only is he bad with legal issues but he’s also bad with understanding how the Federal Government works, who appointed who, and what his own father has actually done as the President of the United States. For a guy who’s as close to his dad as Trump Jr. is, for a guy that spends all his time watching Fox News, you would think you would know who your dad has appointed to what position.