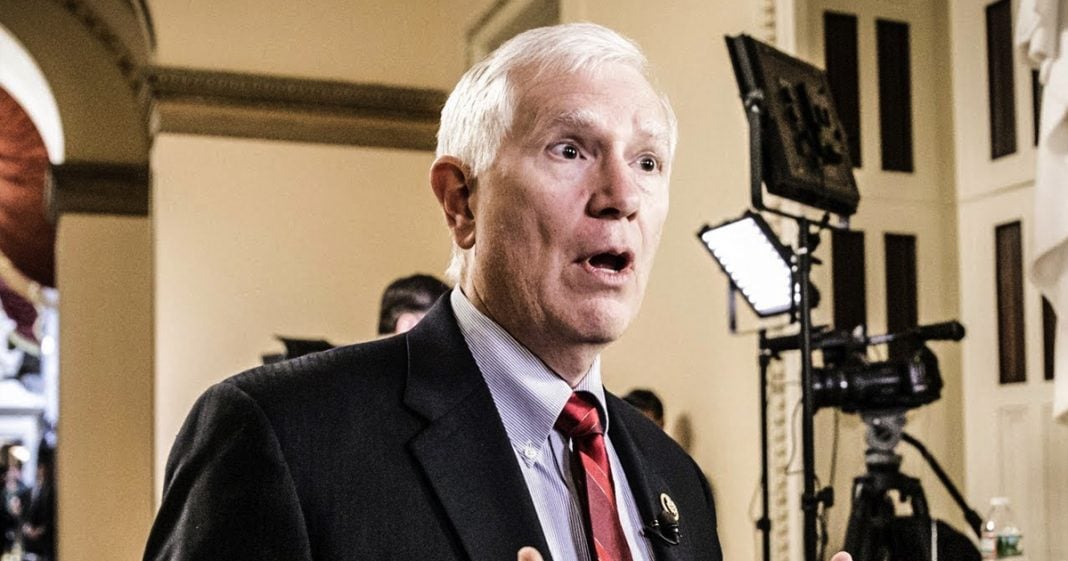 Republican Congressman Mo Brooks from Alabama recently announced on the House floor that he has been diagnosed with prostate cancer, and was greeted with the utmost sympathy from his fellow members of Congress. But just a few months ago, this same man said during an interview with CNN that people who lead good lives don’t get sick because they do everything right. He also wants to deny millions of Americans the same healthcare benefits that he receives. His diagnosis is sad for him and his family, but his actions as a Congressman are absolutely disgusting. Ring of Fire’s Farron Cousins discusses this.

On Wednesday of this week during a speech on the floor of the House of Representatives, Republican Representative Mo Brooks from the state of Alabama announced that he had prostate cancer. Typically, this would not necessarily be a story. We would send condolences to Mo Brooks and his family, kind of give him a pass for the moment, for a day or two, on his horrible record as a US representative. But in Mo Brooks’s case, his announcement of his cancer diagnosis could not be more ironic.

Earlier this summer … In fact, I believe it was actually in May … While Republicans were attempting to repeal the Affordable Care Act and effectively strip millions of Americans of their health insurance coverage, Mo Brooks went on CNN and said that if you live a good life, if you do the right things, if you make good decisions, you don’t get sick, and therefore his reasoning was you don’t need health insurance, and we shouldn’t have to pay more for you sick people in our risk pool.

So, Mo Brooks went on national television back in May and essentially mocked sick people by saying, “Obviously, you have led some kind of immoral life. You’ve made bad choices. You’ve screwed up somewhere. Your illness, your diabetes or asthma or cancer, or whatever it is … That’s because you were stupid and did bad things,” and now this man has the audacity to kind of go to Congress and want our sympathy for his prostate cancer diagnosis?

The only question I have is what have you done wrong? Where did you screw up in your life? What immoral things have you done? Because, according to your own logic, Mo Brooks, you got cancer because you screwed up.

Now, I know that’s not true, and I am not going to sit here and make fun of the man for having a prostate cancer diagnosis. To be honest, I wish he didn’t have cancer. I will say that. This is not something that we can or will attack him for. This is a sad time for him, and his family, and the people who care about him. But so it is for every other in this country with a major illness. Every other person who is fighting for their life and dependent upon health insurance. The same health insurance that you have that you are denying to these American citizens, who also have gotten unfortunate diagnoses, or possible terminal diagnoses. You don’t give a damn about them, so why should we give a damn about you? You said that they screwed up, they ruined their own lives, so why would you expect us to think any different about your diagnosis?