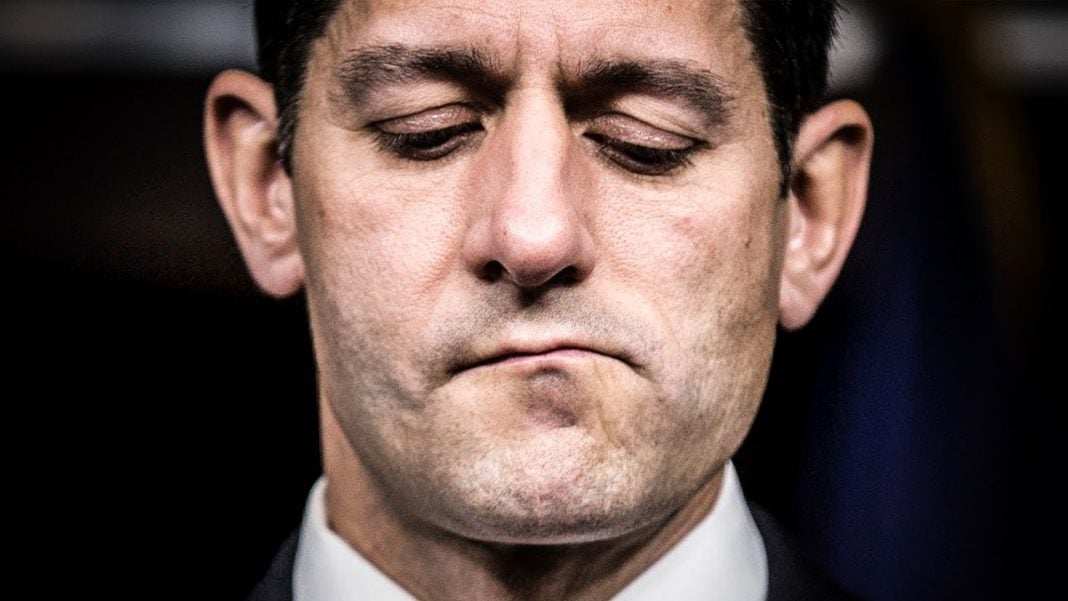 House Speaker Paul Ryan has told some of his confidants that this current session of Congress might be his last, and that he may retire following the 2018 midterm elections. Ryan says this is because he’s tiring of politics, but the truth is that he’s scared to death about not only losing his race for reelection, but about the overall backlash that the Republican Party is facing in the midterms. Ring of Fire’s Farron Cousins discusses this.

In a rare bit of good news recently, Representative Paul Ryan, who also happens to be the Republican speaker of the House of Representatives, has told confidants closest to him that 2018 might be his last year as an elected government official because he may retire after the 2018 midterms. According to Paul Ryan and what he’s told people, he’s pretty much accomplished all that he wanted to, all that he set out to do with his life in politics, which is give corporations massive tax breaks and that’s likely to go ahead and pass next week. But that’s not what’s actually happening here. The reason Paul Ryan does not want to continue going in politics after 2018 is because he pretty much understands that the public’s not going to let him continue in politics beyond the year 2018. Right now, he is facing a massive electoral battle against Randy Bryce, the working class man who decided to run against Paul Ryan as a Democrat in the Wisconsin house election for that district.

Bryce in the last week after Roy Moore got defeated in Alabama has raised tens of thousands of dollars with this seeming democratic wave that appears to be coming ahead of 2018 and probably will last throughout 2018. Paul Ryan not only sees Randy Bryce as a major threat, somebody who could easily beat him, but Paul Ryan also understands that the public right now is pretty pissed off at the Republican party, not just the polls, but the electoral results that we’ve seen this past year since Donald Trump became president. Republicans and special elections are losing and losing and losing with very few victories to actually count. Paul Ryan understands that his Republican party, the Republican party that he is leading right now is hugely unpopular and they’re going to get spanked in the 2018 midterms and if he stays on as speaker of the house, that’s on him. He’s the one responsible for that. He’s the one who would be responsible if Republicans lose the House of Representatives in 2018. So when you see these stories about Paul Ryan may retire, he’s accomplished so much, he says he’s finished his bucket list for Congress, don’t believe it.

Paul Ryan wants to retire because he’s terrified about the backlash that he and his Republican party are going to face from voters in the 2018 midterms.