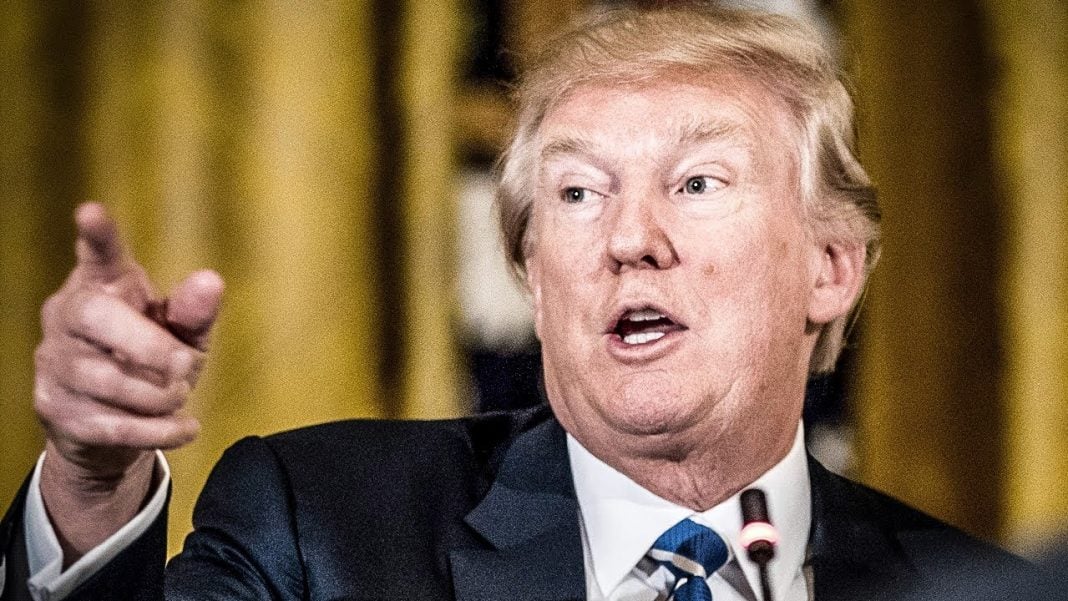 Intelligence officials have admitted to editing certain things out of Donald Trump’s daily intelligence briefings because they do not want to include any information that would upset him. They specifically mentioned that they like to remove things about Russian election meddling and the special prosecutor investigation taking place. This latest bit of info proves once again that Donald Trump does not have the mental stability to be the President of the United States, as Ring of Fire’s Farron Cousins explains.

Donald Trump is still having his daily intelligence briefings edited so that there’s no information in there that could possibly upset him and cause him to go off into some kind of man child temper tantrum.

According to senior intelligence officials who have worked in the White House, they said that intelligence briefings every single day are being edited or rewritten in a certain way to prevent Donald Trump from ever coming across any information that is going to upset him, specifically all of the information coming from intelligence agencies that show that yes, Russia did interfere with the 2016 election.

They’ve said that when Trump gets that kind of information, he gets absolutely apoplectic. He can’t handle it. He lashes out at staff. He lashes out at intelligence officials, so they decided the best way to handle this situation is not show it to him. They did admit that sometimes they will hand write it in there towards the end because they know he won’t ever read that far so that they can still claim, “Yes, we did show you this.”

Let me explain this in a way that I think everybody can understand. I have a very young son, and he hates the Grinch. Recently, we were watching it with the rest of the kids, and he started crying and ran out of the room upset when the Grinch came on TV. It scared him. We decided to turn it off and we let him come back in the room, because we didn’t want to upset him by letting him see this scary Grinch on TV. He’s three, by the way, just turned three on September 11th of this year.

Donald Trump is a man in his 70s. He’s not a three year old child afraid of a cartoon that’s going to give him bad dreams. He’s the president of the United States. We can’t dumb him down to the level and handle him with the same kind of kid gloves that we do a toddler, especially on something as important as intelligence matters. Of all the people in this country, I think Donald Trump could benefit from a little bit more intelligence, even in the form of a briefing, but this is the way the country runs today.