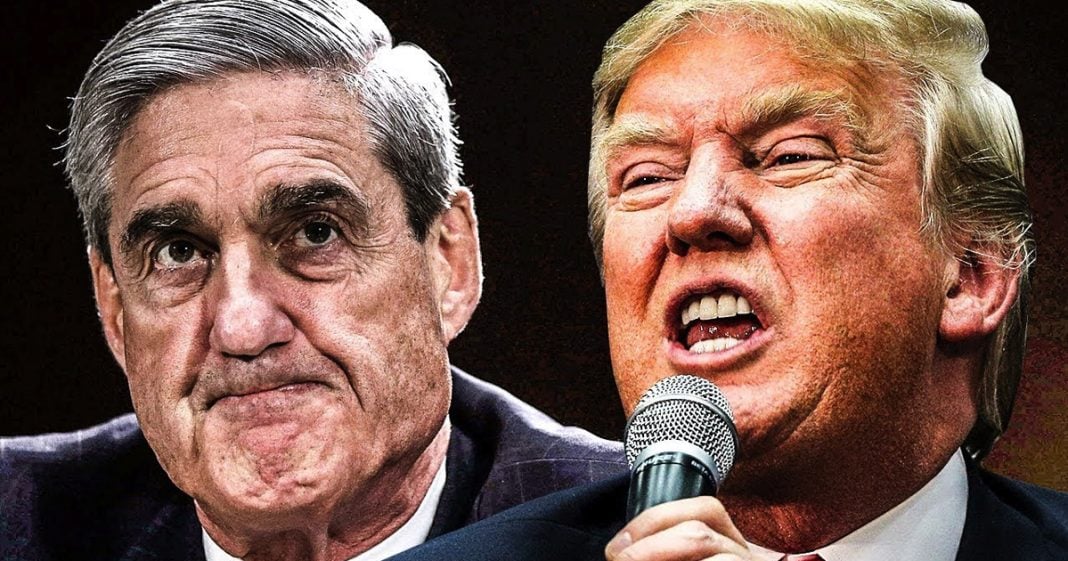 Fox News is leading the charge for the Republican Party to call for an end to Robert Mueller’s time as special prosecutor. The Republican Party as a whole is getting increasingly scared about what is going to happen in this investigation, so they are making up phony claims of bias without any credible evidence. Ring of Fire’s Farron Cousins discusses this.

For at least the last 24 hours, Fox News has had wall-to-wall coverage bringing on hard core conservative members of Congress to talk about how biased the special prosecutor’s investigation into Donald Trump truly is. Now they’re basing these claims of bias on the fact that text messages were recently released between two of the people who were working on the investigation. Text messages that actually took place long before the investigation even began and when Special Prosecutor Bob Mueller found out about this he immediately got rid of them from the investigation.

Now Fox News is not happy with that. Republican lawmakers including my idiotic house Representative Matt Gaetz are not happy about this. They say that the entire investigation is completely tainted because two people had text messages with one another where they expressed disinterest and their dislike for Donald Trump. They called him an idiot.

Well I don’t know if Fox News is aware of this but over the summer Rex Tillerson, the Secretary of State, actually called Trump a “fucking moron” and he still has a job. So I don’t understand what’s so bad about these two people having opinions about politics. Everybody’s allowed to have those. Furthermore, it’s not illegal for them to do this. It’s not even unethical. They did not break any rules in terms of the investigation, in terms of their jobs or anything like that with regards to these text messages.

And the icing on the cake is that as soon as Bob Mueller, the special prosecutor found out about it, he pulled them off of the investigation. What more do you want? Mueller himself worked at a law firm that defended Jared Kushner and Michael Flynn yet I don’t hear them saying that that could be a pro-Trump bias within the investigation.

Here’s the reason Republicans and especially Fox News who I’m not kidding, they won’t shut about this, here’s the reason they want this to end and why they’re trying to spread these claims of bias. They know that the end is near and the end is Donald Trump. They know because they see the writing on the wall. They understand how this investigation has progressed. They’ve seen the organizations that have now been subpoenaed for records like the banks.

They know that Donald Trump is going to eventually be indicted on something. Whether or not it’s related to actual Russian interference doesn’t matter. They know that because of what Bob Mueller has looked into. The IRS record, the banking records, everything. Donald Trump will eventually be indicted and Fox News is trying to go ahead and stoke the flames of some kind of revolution within the American public so that they get up in arms and possibly quite literally if Donald Trump is impeached over this.

They are trying to spread anarchy and chaos and undermine a governmental organization that is operating without bias and without outside interference the way they should be. Anyone who claims that this investigation is biased is lying to you. There were people on there who had political opinions but that didn’t interfere with their work and they were removed. It’s over. Fox News won’t shut up about it. People like Matt Gaetz, my representative here in Northwest Florida … actually, here’s the thing.

Matt Gaetz recently when Donald Trump came to Pensacola last week which is where we are, Matt Gaetz flew with him because he represents this area and he admitted that he told Trump on the plane that this investigation is swirling with bias. Almost worse than Watergate the level of corruption within this investigation. He is trying to feed Donald Trump false information to get this investigation to stop. That is what Fox News is doing to the American public and there are other members of the Republican Party who are serving as elected officials in Washington D.C. trying to do the same.

Do not believe these claims of bias. They have been debunked. The people who committed this bias allegedly have been removed. Four people have been indicted. Two have pled guilty. That’s not a nothing burger. That’s not political bias. Those are facts.