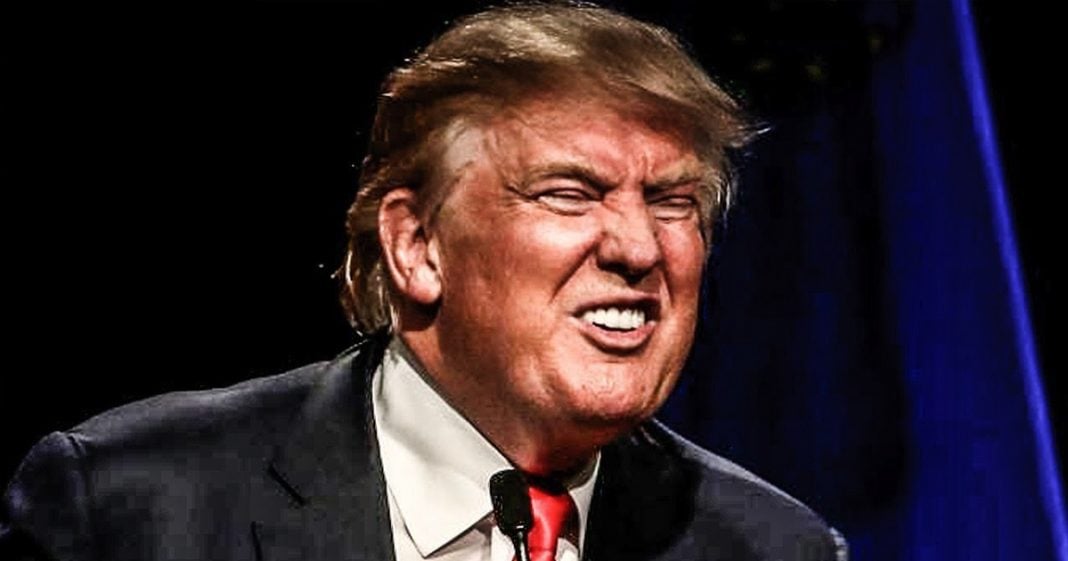 According to a new Quinnipiac poll, a majority of respondents say that the first word that comes to mind when describing Donald Trump is “idiot.” A close second was the word “liar.” Trump is having a hard time in the court of public opinion, and his horrendous behavior isn’t doing him any favors. Ring of Fire’s Farron Cousins discusses this.

According to a new limited poll put out by Quinnipiac, the word most often used to describe Donald Trump when respondents are asked to fill in the blank of what word best describes Donald Trump, the number one word that comes to mind among the most respondents was the word ‘idiot.’ A close second to ‘idiot’ was ‘liar.’ Only about 33 of the respondents actually had something positive to say when asked that question, like the word ‘leader,’ while close to 19 said words like ‘asshole’ or ‘incompetent.’

Overall, the general consensus, though, is that when you have to pick on single word to describe the sitting President of the United States, it’s most likely going to be negative. That is the view that most Americans have right now of Donald Trump, and, again, this poll was very limited. Did not have a ton of respondents here, so it wasn’t exactly a national sampling of it. However, it does offer more insight into what people around this country actually think about the President of the United States.

We saw the Alabama special election on Tuesday. Trump … His candidate, Roy Moore, got beat. Steve Bannon was there trying to push for more. Americans are overwhelmingly rejecting Trumpism, and, more importantly, Donald Trump himself.

Now, Trump obviously has a good three years left, assuming he doesn’t get impeached before then, before he’s up for re-election again. But the biggest problem he has is his own mouth. Every time he comes out and tweets something or says something on camera, or travels overseas and makes the United States look like a laughing stock, he is damaging his own brand, both as a business man and as a US president. People don’t want to be associated with him. People want to distance themselves and say that they don’t support him either. He is an idiot. He is a liar, and that is very evident from the things that he says and does.

So, Donald Trump is very unlikely to turn these numbers around, even given three years until his next election. This is who he is, and the majority of people in the United States finally understand that. It would’ve been great if they understood that before the general election of 2016, but at least a year later, a year after that, they are finally starting to see that Donald Trump truly is an idiot.