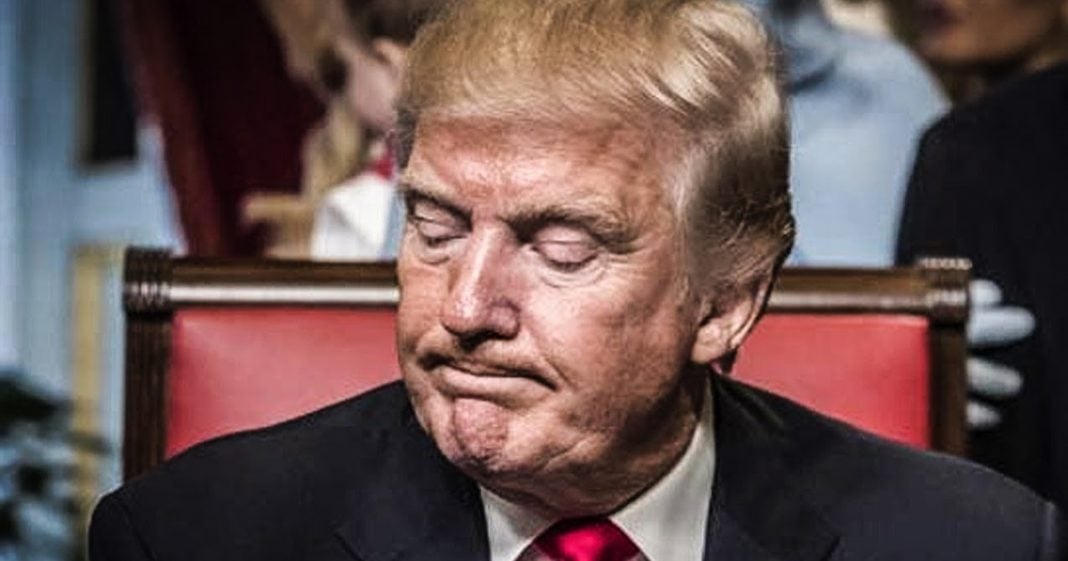 President Trump is finding it harder and harder to ignore the growing chorus of women who claim that Trump has assaulted or harassed them in the past, and when NBC’s Megyn Kelly gave several victims a national platform Monday morning, Trump went berserk. The White House appears to be in full panic mode over these accusations, and the number of people calling for him to resign is getting larger and larger. Ring of Fire’s Farron Cousins discusses this.

While I agree with Nikki Haley that they deserve to be heard, you’ve got to take it a step further. They deserve to be believed. Anybody can hear anybody but, to be taken seriously, to be believed, is a completely different story. They deserve, they have absolutely every right, to be taken seriously. That’s the part that was missing from what Nikki Haley said and from what Sean Spicer said a few weeks ago.

The walls right now are absolutely closing in on Donald Trump with all of the women who have come forward, the new ones who are coming forward right now, the stories they are telling about his sexual misconduct. The walls are closing in, and Donald Trump is absolutely freaking out about it. Tuesday morning on Twitter, Donald Trump decided to come out and say, this was after Senator Kirsten Gillibrand came out and said Donald Trump should resign over this. Trump tweets out that Kirsten Gillibrand was a woman who used to come to his office “begging,” he put that in quotation marks, for campaign donations. She was, again, he put this in quotation marks, “willing to do anything to get them.”

There’s really only one way to take that. Donald Trump, during that tweet, was somehow trying to imply that Senator Kirsten Gillibrand might be some kind of prostitute for campaign donations, was willing to do anything to get them, and he put it in quotation marks. Twitter has already been buzzing all morning about this, saying that this was actually sexual harassment from a guy who’s trying to defend himself against sexual harassment claims.

Monday evening, after the Megyn Kelly interview and after the calls for him to resign, Donald Trump goes on Twitter and says, hey, I don’t know these women, I’ve never met them, I’ve never been around them at all. Let’s take a look at just a couple of them. One of the women accusing Donald Trump of this behavior, who he claims to have never met, is a former contestant on The Apprentice, who, yeah, you absolutely met her. Another was one of his business partners, so, yeah, you met her. You know her. Another was a lower level employee who worked at a different office in Trump Tower, who you had to walk by almost every single day. You knew her. Another one was a beauty pageant contestant in a beauty pageant that you ran, that you oversaw. You met with every single one of the contestants. You know her.

Do you see where I’m going with this? The list goes on and on. Donald Trump can deny it all he wants, the White House can come out and say that, no, these allegations are false. Sarah Huckabee Sanders actually said on Monday she was going to provide a list of people who can corroborate Donald Trump’s stories that he never met these women, and then she never did, because you can’t.

It’s time we take these women seriously. It’s time that we believe them, and it’s time that Donald Trump faces the consequences for years and years and years of sexual misconduct. It’s happened to other people who have done far less than what Trump did. It’s time for him to get his comeuppance, and I think that deep down, he understands that that day is right around the corner.