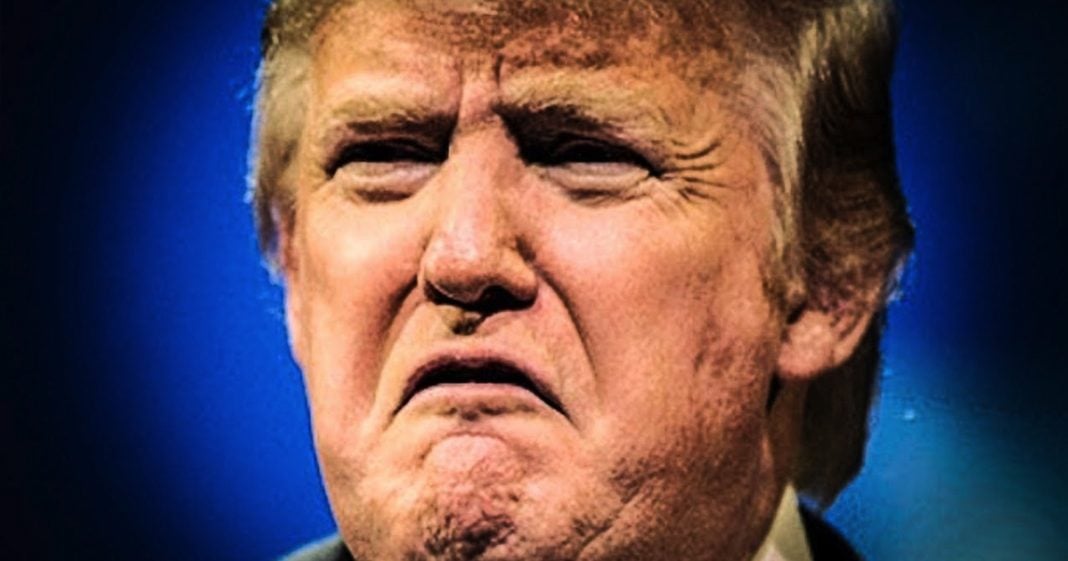 Donald Trump and his lawyers are calling for a second Special Counsel to be convened so that they can investigate the people in the original Special Counsel being led by Robert Mueller. This is a sign that the administration is freaking out about the investigation and they will do anything that they can to derail it. Ring of Fire’s Farron Cousins explains.

Donald Trump and his attorneys in the White House are absolutely freaking out over the fact that Robert Mueller, the Special Prosecutor that his investigation seems to be circling closer and closer towards Donald Trump himself. So, now Trump and his lawyers have come up with a brand new scheme to get Mueller off their backs. Rather than straight up firing Robert Mueller, which everybody’s been concerned that he might try to do, Donald Trump and his lawyers are now calling for a second special prosecutor, special counsel, to investigate the first special counsel. Basically, they wanna get together a new group of investigators to investigate the people already investigating them. That doesn’t exactly sound like something someone who is completely innocent would do. You’re trying to dig up dirt on these guys so that you can somehow discredit all of the things that they have done, the people that they have already indicted and the plea deals that have already been made. That is what the Trump Administration is doing here.

This isn’t about accountability. This is about attempting to derail this entire investigation by coming up with some tiny piece of dirt on someone within that investigator’s office. Here’s what we know so far about the fake news kind of surrounding Robert Mueller. Politico reported this past week that Mueller did in fact get an ethics waiver in order to be appointed Special Prosecutor for the investigation that’s taking place. That is absolutely true. Politico sent a FOIL request to the Justice Department to find out why he got the waiver. Justice Department declined it and said we’re not gonna tell you why. But, Politico speculates, and many others have speculated as well, that it’s because Robert Mueller actually worked at a law firm that represented Jared Kushner and Michael Flynn.

So, rather than Mueller somehow being biased against Donald Trump, as the republicans are claiming, as Fox News is claiming, it turns out Mueller’s actually more deeply connected to members of the Trump Administration and Trump family than we should probably be comfortable with. And considering the fact that he once worked at the firm that represented Michael Flynn and Michael Flynn’s now been indicted, I think Mueller’s doing a damn good job. He is showing very clear impartiality on all of this. He is not going one side or the other, he is just looking straight at the facts and that is exactly what we need. As for the person that Fox News keeps talking about the investigator who got fired or removed from the investigation over the summer because he was a pro-Hilary person, I think Mueller did the right thing there too. He found out this guy was being hyper partisan and said, okay you’re gone, we don’t want that here. What more would you want him to do?

The republicans right now are in absolute panic mode, as is Donald Trump. They’re trying to find anything they can to discredit Mueller and his team and this entire investigation because they understand that the longer it goes on, the more people within the Trump Administration are gonna go down. That’s just the way it is and hiring, forming, creating a second special counsel to investigate the first special counsel, is gonna do nothing more than waste taxpayers’ money and everybody’s time and maybe occasionally give a little bit of red meat to the conspiracy theorists over at Fox News and Info Wars.