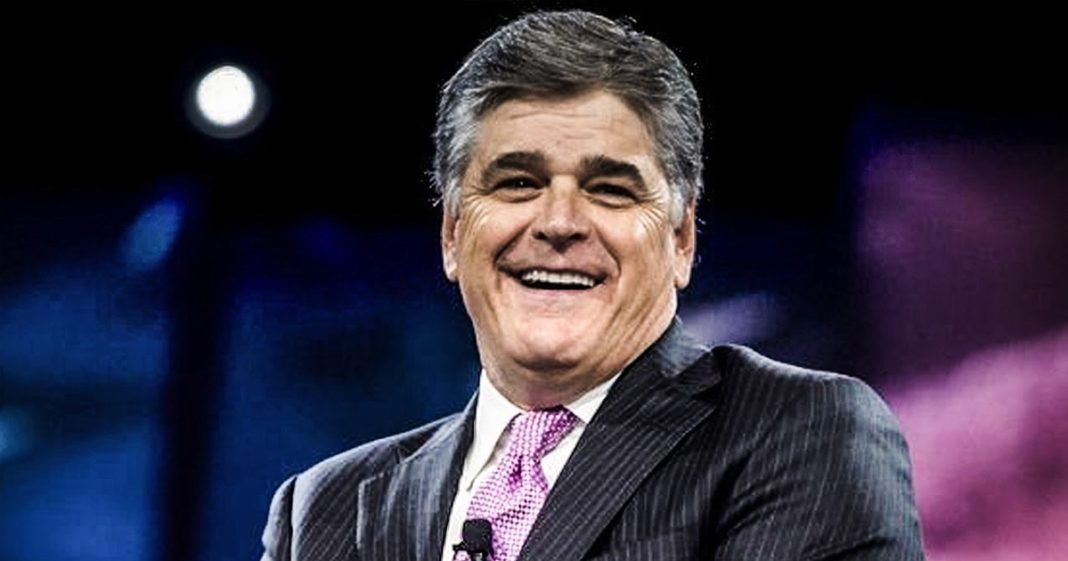 During a recent broadcast, Fox News host Sean Hannity went berserk on former President Obama, saying that the former President has a “sick, pathetic, and twisted” obsession with Donald Trump. Obama has actually remained relatively quiet about Trump, save for a few recent episodes, but Trump has Tweeted nonstop about both Obama and Hillary on a constant basis, showing that Trump is the one obsessed with the Democrats. Ring of Fire’s Farron Cousins discusses this.

Now, Hannity’s comments were in response to Barack Obama going overseas and saying that it’s very hard for the United States to act on issues like climate change with the current state of the current administration not accepting climate change, and trying to repeal all kinds of laws.

In Sean Hannity’s twisted little world view, that constituted complete obsession with Donald Trump. Let’s get one thing straight. Barack Obama, the former President of the United States, has actually been fairly quiet since he left office in January. He’s popped up a few times, taking a couple digs at Donald Trump, but not anything that any person who thinks rationally would classify as an obsession.

But let’s contrast that with both Donald Trump and Fox News. Donald Trump is a guy who on a weekly basis, sometimes during some weeks on a daily basis, tweets about Barack Obama and how horrible he was, and all the bad things he allegedly did, which have turned out to not be true. And not just being obsessed with Obama, Donald Trump is clearly still obsessed with Hillary Clinton.

Aside from the hard core establishment Democrats, Donald Trump talks about Hillary Clinton more than anybody else in this country. He is constantly going after her, constantly talking about her and Barack Obama. That is obsession.

Instead, you want to continue blowing things out of proportion, saying Hillary Clinton should be in prison. We need to re-investigate Benghazi, even though we already spent millions of dollars doing that. We need to re-investigate the email server scandal, even though we already did that. We’ve done these things. It’s over with, but your network and you personally, and Donald Trump, can’t seem to let that go.