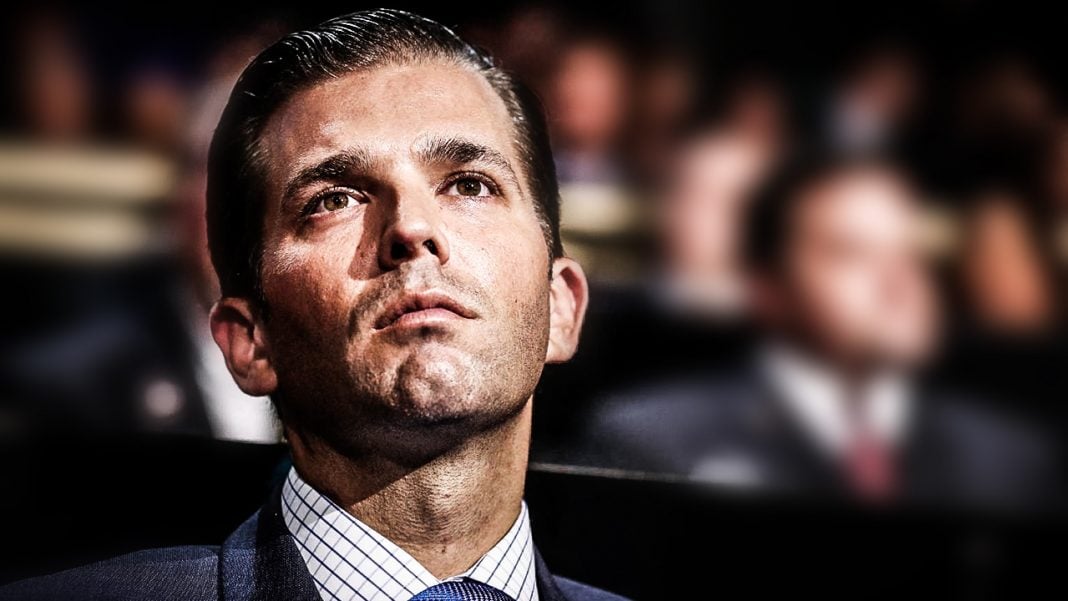 Donald Trump, Jr. spent most of Wednesday in a room with members of Congress, testifying about what he knew and what he did in regards to colluding with a foreign power during the 2016 election. On several occasions, Trump Jr. invoked “attorney client privilege” to protect himself from saying too much, and former Justice Department officials have said this is a huge red flag for Robert Mueller that could likely result in little Donnie getting a subpoena from the Grand Jury. Ring of Fire’s Farron Cousins discusses this.

On Wednesday, Donald Trump Jr. Spend eight hours behind closed doors with a congressional committee where he was testifying about his involvements/his actions in the possible collusion between the Trump Campaign and foreign powers. Now, during this testimony, Don Jr. Did his best to kind of skirt the issues. At one point, he couldn’t say what he talked about with his father because doing so would violate attorney-client privilege. Now, let’s be super, super clear on this. These were conversations between Don Jr. and Don Sr. There were no lawyers involved. This was one guy, business guy, talking to another business guy. Neither of them was an attorney or a client of the other one; therefore, attorney-client privilege doesn’t even exist in that part. And that’s the good news here.

According to former officials within the Department of Justice, Donald Trump Jr. may have just attorney-client privileged himself into a subpoena by the grand jury that was put together by Robert Mueller, the special prosecutor. You see, as a special prosecutor, Mueller understands what is a viable defense and what is not. And claiming attorney-client privilege for two people who are neither attorneys nor clients doesn’t exist and is a pretty big indicator that you are trying to hide something. And that is coming from former officials within the United States Department of Justice. Donald Trump Jr., by trying to skirt the law with his fancy use of terms, has probably just implicated himself even further than he did when he tweeted out those emails between him and the Russian that he met with in June of 2016. Don Jr. is going down. I mean, there’s really no other way to say it at this point. And the main reason that this guy is going down is because he is almost too stupid to even function as a human being.