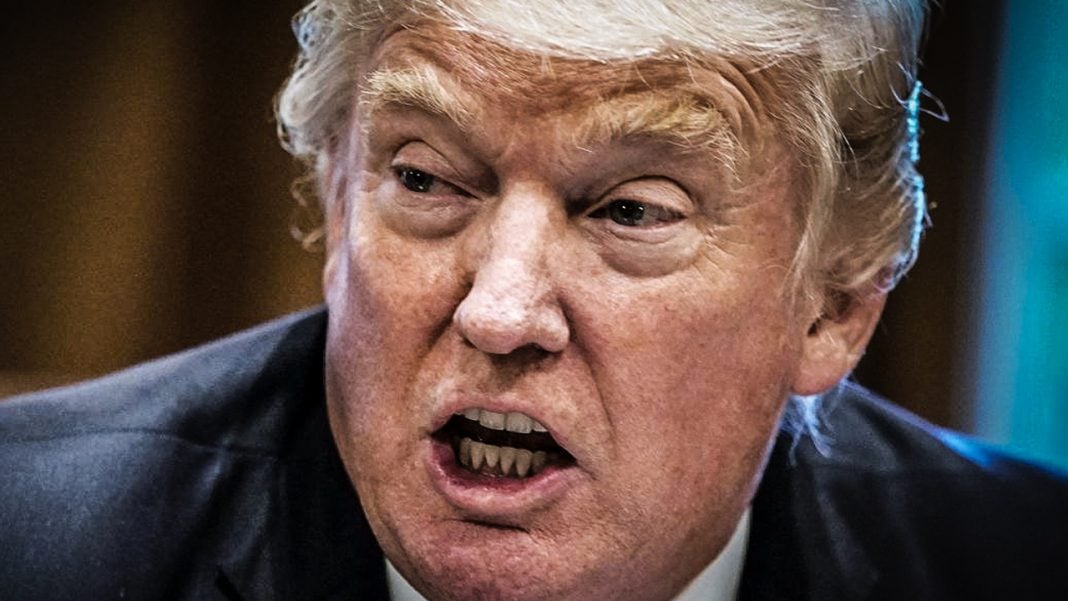 Dr. Ford Vox, a specialist in brain injuries from Atlanta, believes that Donald Trump should be tested for degenerative brain disease, as all of the warnings signs are there. Considering the fact that this man has the authority to launch nuclear weapons, this seems like a good idea, as Ring of Fire’s Farron Cousins explains.

According to a new essay written by Dr. Ford Vox, who is a brain specialist in the city of Atlanta, he says that Donald Trump needs to be tested for degenerative brain disease, because he sees all of the warning signs of degenerative brain disease in Donald Trump. Now Dr. Vox is a brain injury specialist, again from the city of Atlanta, Georgia, and he believes that not the recent denture-gate thing, that doesn’t point to anything other than bad dental work. What he’s talking about is a pattern of behavior that appears to be getting worse in Donald Trump.

He says if you go back and you look at some Donald Trump speeches or interviews or what have you from five or ten years ago, you’re going to literally see a different human being. What Donald Trump has morphed into, the way that he speaks, again not counting the slurred word things, that was something wrong with his mouth. The way that he speaks, the words that he uses, his instant, I guess anger at certain situations, all of those point to a very serious brain disease according to Dr. Vox.

Now in the past we have seen psychiatrists come out and say that Donald Trump clearly has some kind of mental illness, but Dr. Vox being on the other side, not a psychiatrist but more of a neurologist, he sees something different. Yes, there are psychological problems there, but those psychological problem are rooted in a brain disorder. Something physically wrong with his brain, not just mentally wrong. This could be far easier to prove for the American public, than a psychiatric disorder. Because again, psychiatric disorders, while they can be proven, they’re also slightly subjective. If Donald Trump were to go in for an MRI or a CAT scan and get some brain imaging done, we could prove, beyond any doubt, that Donald Trump does or does not have some kind of brain disease that should disqualify him from being the President of the United States.

Medical professionals are out there on a weekly basis warning us about the dangers of what is happening inside of Donald Trump’s head. These are not people that we should ignore. When the chorus starts to grow louder and louder and louder, among people who study this for a living, it’s time that we start listening to them. And if Donald Trump has nothing to hide, then he shouldn’t mind taking an hour out of his day to go get a CAT scan so that we can see what’s kicking around up there. After all, this man has sole access to the US nuclear codes, and without any input from anyone else on the planet, he can launch a nuclear weapon. And if that kind of person has a degenerative brain disorder, I think the public deserves to know about that.