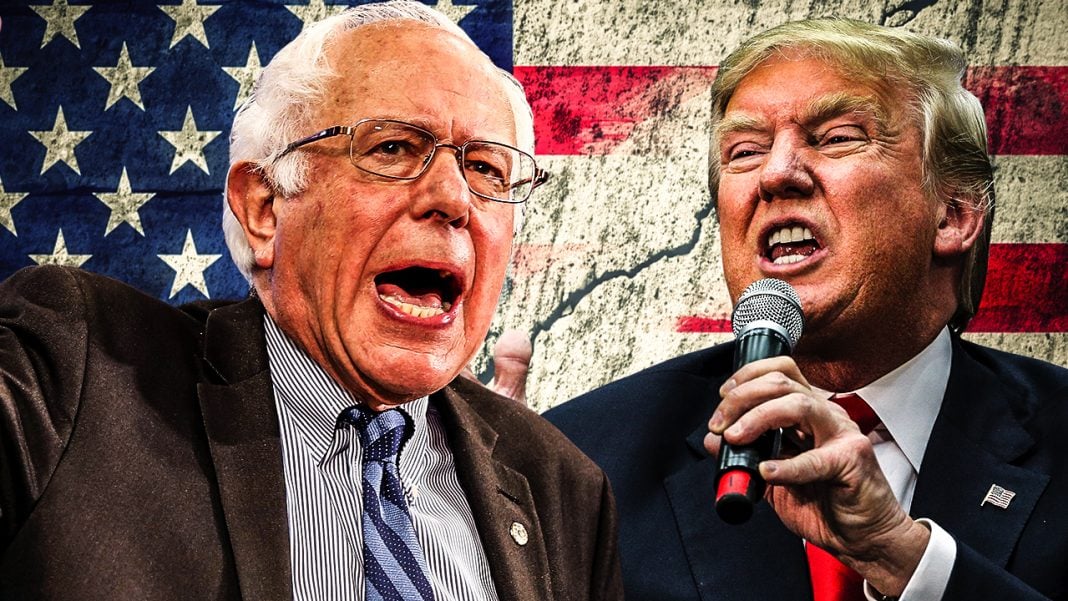 Senator Bernie Sanders said this week that Donald Trump should consider resigning over all of the assault allegations against him, as well as the admission that the President gave more than 400 days ago. The Democrats can’t be the only Party with integrity, and Republicans should step up and demand the same. Ring of Fire’s Farron Cousins discusses this.

Ring of Fire needs your help! Support us by becoming a monthly patron on Patreon, and help keep progressive media alive!: https://www.patreon.com/TheRingofFire

Recently, Vermont Independent Senator Bernie Sanders said, that Donald Trump needs to consider resigning over the massive sexual assault allegations against him, as well as, his own admission, more than 400 days ago when that Access Hollywood tape was released, that he did these kinds of things. I’m going to take it one step further. I wholeheartedly agree with Bernie Sanders, but again, I think it needs to go further. I don’t think he should consider resigning. I think he should resign. I think every person in this country should be calling for Donald Trump to resign.

Al Franken’s resignation that he announced this past week that’s going to take place in the near future, whatever that means, that set the precedent. Members of Congress can do this. Members of the they Senate can do this. They can lose their job over these accusations. When you take a guy like Donald Trump and you listen to the tape where he admitted that this is how he does it and then you look at the lawsuits from all of the women that have accused him, the evidence is there even without the lawsuits at this point. The fact that he was on tape saying that he does this is an admission of a crime.

Now, we do have to have a victim to go with that crime and that’s where the lawsuits, and the people accusing him come in. All the pieces of an actual trial are there, but Donald Trump is the one person who has remained absolutely unscathed in all of this Me Too movement. It’s not going to be successful if Donald Trump does not get taken down as a result of these lawsuits, and these accusations against him because everybody else can fall, all of the smaller people. But if you still allow the person with arguably more power than any other human being on the planet to get away with these things it sends a message that this kind of behavior is still okay and it’s still tolerable. Hell, sometimes it even gets rewarded.

Donald Trump must be removed from office either through his own choosing or through a congressional investigation into the accusations and allegations against him. He has to go. He is a threat to women. He is a threat to the United States. He is a threat to the rest of the world. At this point, maybe it doesn’t have to be because of the sexual assault allegations. Maybe we just let that play out in court. Maybe we go with the Mueller stuff. Maybe we go with obstruction of justice. Hell, pick a crime at this point and just remove the man from office. 70% of people in this country, according to the latest poll, want an investigation into these sexual assault allegations against the President of the United States. I think it’s time that we honor the will of the American People and we do something about the sexual predator sitting in the White House.