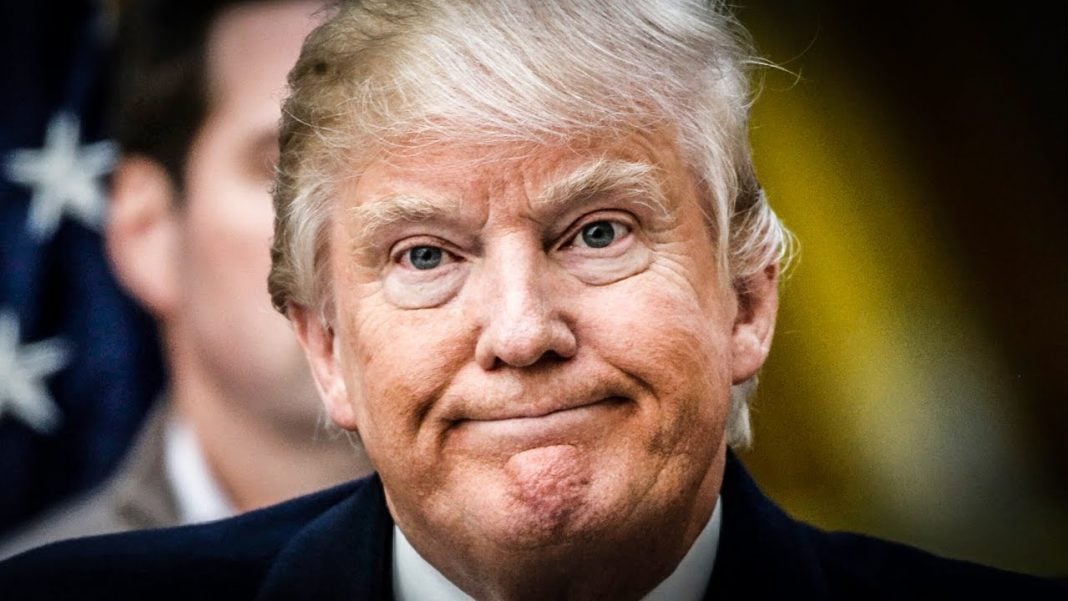 According to a new poll, close to one-third of Republicans in the United States are on the “anybody but Trump” bandwagon, and they do not want to see him run again on their ticket in 2020. If Trump has zero support from Democrats and only 60-ish percent of Republicans, that will make it very hard to win the White House, assuming he hasn’t been impeached by then. Ring of Fire’s Farron Cousins discusses this.

It’s been a very long time since any polls were actually released that had any good news for Donald Trump. And the latest round of polling that’s out there now doesn’t provide anything that Donald Trump should be celebrating.

Now, I guess you could spin this and say that, well, two-thirds of Republicans still want Donald Trump to be the nominee, and, yes, I guess technically that’s true according to this poll. But how in the world is Donald Trump going to win re-election in the year 2020 if the only support he has is two-thirds of the Republican party, 0% of Democrats, and probably close to maybe the teens when it comes to Independents? Because, after all, once we see the disasters that are going to be caused by the tax reform package that he’s pushing through, and the repeated attempts to destroy health care in the United States, I don’t think too many independents are going to continue to buy into Donald Trump’s alleged populist message.

Donald Trump is in very significant trouble here, and he’s less than one year into his presidency. Republicans need to understand that. He achieved a negative approval rating at a higher level than any other president this point in their time as president. It’s unprecedented how unpopular Donald Trump is, and yet 61% of Republicans still look at him. They look at the disgusting things that he says and does, and his grotesque behavior, and they say, “Yep, I’m going to vote for this guy again.” And don’t get me wrong. Donald Trump, the 31% who say they don’t want him at the top of the ticket, they’re still going to vote for him if he is on the top of the ticket.

But there is good news for everybody, Republicans and Democrats alike. The likelihood of us having Donald Trump on the 2020 presidential ticket at all is slim to none. The special prosecutor’s investigation is edging closer and closer to Donald Trump every single day with the most recent development being that they have now subpoenaed his bank records. This man is not going to be president in the year 2020, let alone be eligible to run for president in 2020. So I think everybody, the 31% of Republicans, Democrats, Independents, we can sleep easy knowing that Bob Mueller is on the job, and each day that passes, Donald Trump inches closer and closer to being removed from office.