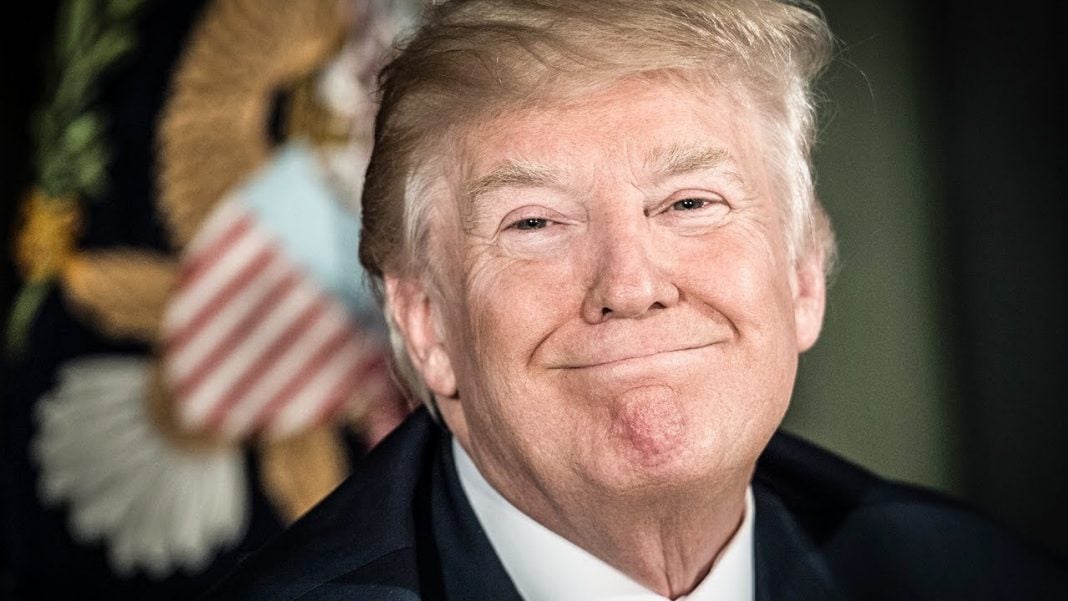 Donald Trump’s greatest enemy is Donald Trump. The man is incapable of keeping his mouth shut, and he has already found himself in some serious legal trouble for his Tweets that appear to implicate him in obstruction of justice. Not only that, but he’s dragging the rest of his administration and family down the tubes with him, and he could very likely Tweet his way into prison, as Ring of Fire’s Farron Cousins points out.

If you ever have some time, it’s kind of funny to go online and read the stories about dumb criminals who post the videos of the crime they committed on YouTube, or they post pictures of it on Facebook, or tweet out about it because they don’t think anybody’s paying attention. They don’t think that those posts are going to land them in prison. I am pretty sure, I’m fairly confident that within the next few years, Donald Trump himself is going to appear in one of those posts. Donald Trump is essentially tweeting his way into prison.

This past week after it was announced that Michael Flynn had reached a plea agreement with the special prosecutor’s office, Donald Trump decided to get on Twitter and say, “Yeah. I knew Flynn lied to the FBI and Vice President Mike Pence. That’s why I fired him.” Now, he didn’t think anything of the tweet. He didn’t think it would come back to haunt him, but in fact it did. In fact, that particular tweet has people talking obstruction of justice because if Donald Trump knew that Michael Flynn lied to the FBI and then after that, after Flynn was fired, was when Donald Trump went to Comey and said, “Hey, let’s make this whole investigation go away,” right? Yeah, that’s obstruction of justice, because you knew your guy committed a crime, then you asked the investigating officer to not investigate it any more. You are in a position of power over Comey, so yes, your intent there would kind of show that you were trying to get your buddy, Flynn, off the hook, and it’s all because you tweeted that out.

Immediately, a firestorm erupted and Donald Trump’s lawyer actually said, “No, no, no, no. I wrote that tweet. That was me. That wasn’t my client. That’s just silly, right?” Well, that still doesn’t mean that it wouldn’t be obstruction of justice. Donald Trump doesn’t have exactly an A list legal team there, and they’ve proven that at every possible opportunity. But what’s more important here is the fact that Donald Trump is his own worst enemy right now, and that’s what makes this whole thing kind of fun. Donald Trump can’t keep his mouth shut. He doesn’t know that he doesn’t have to say something every time something bad goes down. He doesn’t know how to let things go. He doesn’t know how to keep his mouth shut or stay out of it, because at this point everything that the president says, whether it’s on Twitter, or at a press conference, or off the cuff to a reporter as he’s walking by, everything has come back to haunt him.

If I were the president’s legal counsel, instead of saying, “Hey, no, no, no. I’m writing his tweets,” I would say, “Please stop tweeting or I’m going to quit, because you’re going to make it impossible to defend you in court,” because that is what we’re headed for. Donald Trump is again going to tweet his way into prison, and he’ll likely be tweeting Trump Junior, Jared Kushner, and Mike Pence with him along the way.