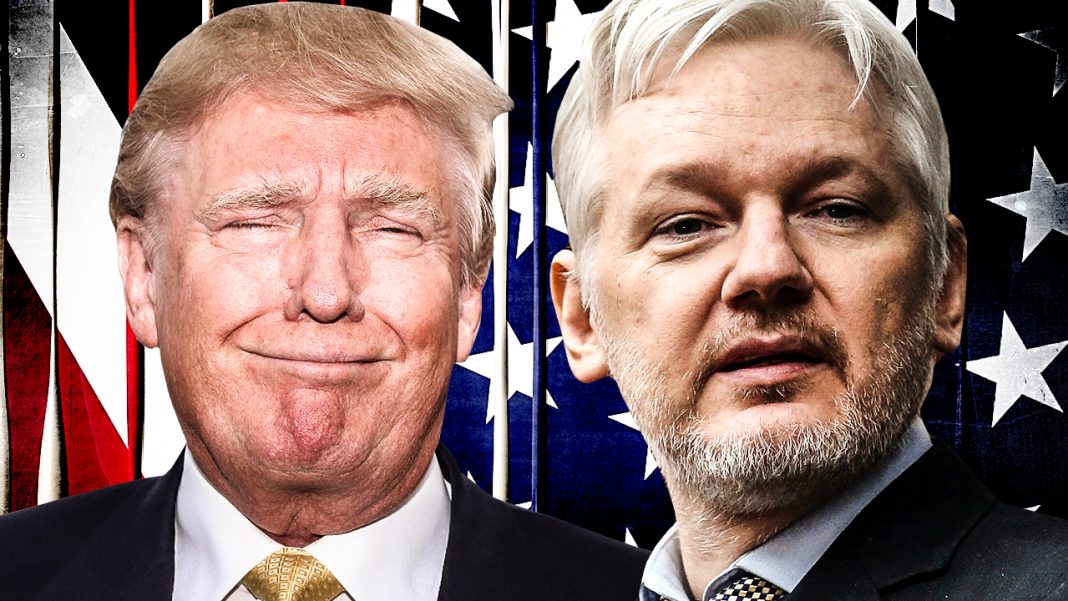 According to documents handed over to Congress, Wikileaks sent a decryption key and login credentials to Donald Trump and his son to give them exclusive access to the hacked DNC emails. This creates a world of ethical problems both for the Trump family and for Wikileaks, and shows that the organization was actively attempting to sway the US election. Ring of Fire’s Farron Cousins discusses this.

According to a new CNN report, during the 2016 Presidential campaign, WikiLeaks reached out to Donald Trump Jr., and an email address they believed belonged to Donald Trump himself, offering both a decryption key, and a web address where they could go log in, and have access to the hacked DNC emails before anyone else had access to them. Now, a lot of people are trying to come out and say that this shows the Russian collusion, I’m a little more skeptical on that particular fact. What this does show, is that WikiLeaks is not an organization that I feel anybody in this country needs to trust.

Regardless of the fact, that yes, the information that came out in those DNC emails was helpful. It exposed the party, and that was necessary. The fact that they were trying to feed that information to the Democrats political opponents, in order to elevate Donald Trump, is what creates the problem. Not that they had it, but what they did with it. There is a very clear distinction here.

According to reports, it was the Guccifer 2.0, a Russian hacker who originally got the documents, gave them to WikiLeaks, and then WikiLeaks attempted to get them to the Trump campaign. I don’t think the collusion tie is there, at all. Plus, as of right now, we don’t necessarily have any information that tells us that the Trump campaign actually used the decryption key and web address to get in there and access the documents. But, don’t worry, there are plenty of legal issues that this creates, especially for Donald Trump, Jr.

You see, the reason we know that this email was sent, was because it was turned over to Congressional Investigators in their ongoing probe into Russian collusion. Donald Trump Jr., failed to disclose this email previously to investigators, and when it came to light he said, “Oh, I don’t remember that happening. I don’t remember logging into the website so I can’t say whether or not I did or I didn’t.” Trump Jr.’s lawyer later had to come out and say, “No, no, no. I’m pretty sure he didn’t use that information.”

But again, this really has less to do with Russia at this point, this particular story, than it does with WikiLeaks. WikiLeaks actively attempted to sway the United States election by spreading damning information about the Democratic party. If you have any questions about their motives at this point, I suggest you read this email, you really look into it, and see what they were trying to do. They were trying, and this is an organization that is being run from another country, trying to influence and interfere with the American Democratic system. That is not something that any of us should take lightly, and to be honest, that’s probably some kind of prosecutorial offense. If Julian Assange wasn’t’ hanging out there in an embassy, far from the reach of police officers, I can guarantee you the man would probably be on his way to prison for more than just this particular story.

But the bottom line is that WikiLeaks, in their attempts to help Donald Trump and by reaching out to Donald Trump Jr., probably the dumbest person in the Trump family, has created an entire new world of legal problems that Trump and his son are going to have to answer, most likely, in front of a grand jury.