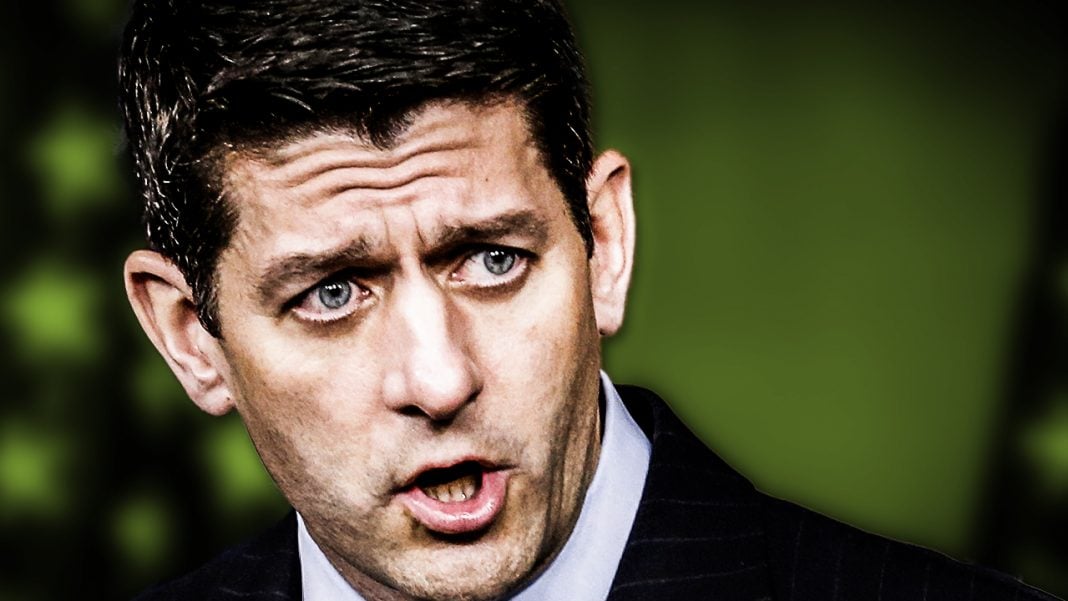 Republican House Speaker made it clear this week that he and his republican colleagues will be going after programs like Social Security, Medicare, and Medicaid in 2018 to make up for the massive deficit they’ll be creating with their tax cuts for the rich. This is class warfare that will have devastating effects all throughout this country. Ring of Fire’s Farron Cousins discusses this.

During the 2016 presidential campaign, Donald Trump swore to American citizens that he would not touch social security, Medicaid, or Medicare. However, Paul Ryan announced on Wednesday of this week that that is exactly what the Republican party plans to do as we head into 2018.

Do you know why they have a massive deficit coming? Because of the tax plan that they just passed that overwhelmingly benefits the wealthy and is going to add as much as $1.4 trillion to the federal deficit.

Paul Ryan, without admitting that he is the idiot who created the deficit, is now telling us that we have to take money away from grandma and grandpa, from our parents, from our friends, from the people living on Medicaid for their health insurance, we have to take that away from them because those rich people flying around on private jets really need that private jet tax break.

Those wealthy inheritance babies, they don’t want to have to pay taxes on the inheritance money they get, so unfortunately, poor people, you’re going to go without healthcare, because that’s what Republicans stand for. Paul Ryan created this deficit problem, and even though Trump swore he wasn’t going to touch these programs, Paul Ryan admitted Wednesday that, yeah, he is working very closely with the Trump administration on how they’re going to cut these programs.

This is an all out class war taking place here in the United States today, being waged by the American Republican party. They want to take every available dollar and even dollars that aren’t available because they’re going to other programs that help the needy, they want to take all of those and give those dollars back to their wealthy donors. That is what this is about and it’s what the Republican party, at least in my lifetime, has always been about.