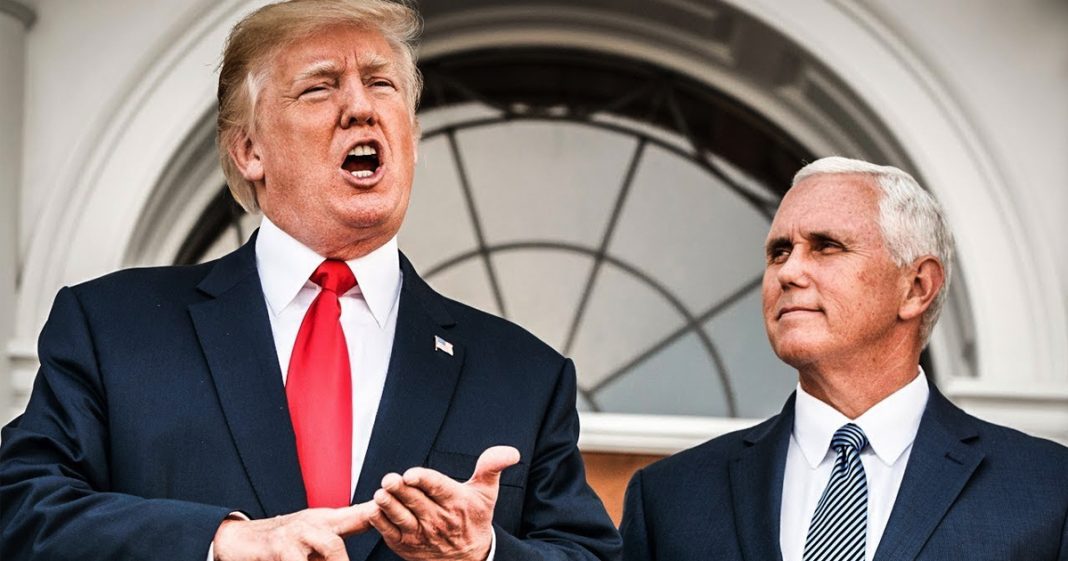 In case you needed another reason to dislike Donald Trump, he apparently doesn’t like animals. According to one of the President’s own advisors, he called Mike Pence and his family “low class” and “yokels” because they have pets inside of the Vice Presidential mansion. Trump is the first President in 150 years who has not had a pet in the White House, and it likely stems from the fact that the man is incapable of caring for something that isn’t himself, as Ring of Fire’s Farron Cousins explains.

Just when you thought that you couldn’t possibly hate Donald Trump any more, as it turns out, the man also apparently hates animals. Now, this has been kind of evident due to the fact that he lets his sons go out and kill big game that are helpless and usually corralled in an area where it’s easy for these men to kill them. But recently, it’s come to light, according to a White House advisor, Donald Trump thinks that Mike Pence, the vice-president of the United States, and his family are low class yokels. Those are Trump’s words according to the advisor, because they brought pets into the vice-presidential mansion in Washington DC. According to Donald Trump, having a pet if you’re in a position of power or perhaps just having a pet at all makes you low class. Now, Donald Trump is the first United States president in the last 150 years to not have a pet inside the White House. While this has no effect whatsoever on policy, it does show you a little bit more about Donald Trump’s character.

Donald Trump is the kind of human being that is only capable of caring about one thing and one thing only, himself. He doesn’t have any extra love to give to a dog or a cat or whatever kind of pet he chose to have. He doesn’t have any sympathy or empathy inside of him that would allow him to care for another creature. So of course he can’t wrap his head around why the majority of Americans in this country actually have a pet that they want that companionship or some creature to just come show love and affection. Hell, you would think with as starved for attention as Donald Trump is, that a golden retriever or something like that would be the perfect thing for him to keep around. It’s a creature that’s gonna show love and devotion and loyalty, no matter what you do to it. That sounds exactly like the kind of person Donald Trump would like. So why not get a dog? Maybe that would help heal your broken mental state. Maybe that would help curb your constant need for love and attention from the American public.