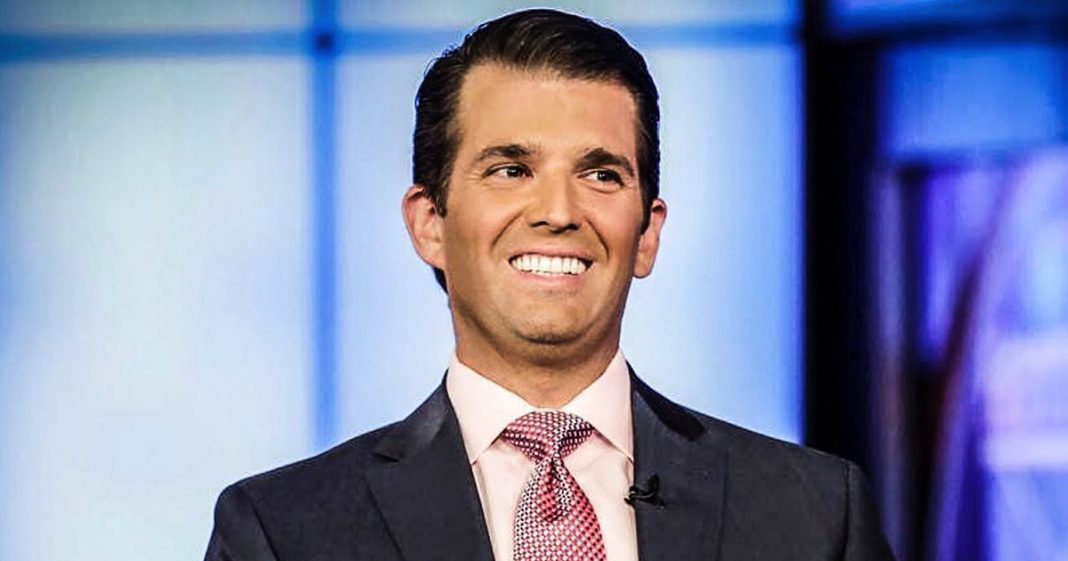 According to testimony filed with the Senate Judiciary Committee, Natalia Veselnitskaya, the attorney that met with Donald Trump, Jr. in June 2016, Trump Jr. was absolutely meeting with her in order to obtain dirt on Hillary Clinton. This contradicts everything the Trump administration has said about the meeting, and creates a world of legal problems for Don Jr., as Ring of Fire’s Farron Cousins explains.

Now, Veselnitskaya has also made clear that she is tied with the Kremlin in Russia, so in effect, she could be easily classified as an agent of the Russian government. Agent doesn’t necessarily mean something like an FBI agent or KGB agent. It just means somebody working on their behalf, which Veselnitskaya clearly would fit into that description. If Donald Trump Jr. met with her as she says he did to get information about his father’s political opponent, that is collusion, or at least attempted collusion. In this case, it doesn’t necessarily matter if it was attempted or if it came to fruition. He attempted to collude with a foreign superpower in order to harm his father’s political opponent so that his father would win the election.

Again, this information came to light yesterday and it echoes something that Veselnitskaya had said about a month ago, and she was hoping that she would get to testify before the Senate Judiciary Committee in an open hearing so that the entire American public could hear what she had to say and learn the truth about that fateful meeting that Donald Trump Jr. and Jared Kushner had with her back in June of 2016. The official line from the Trump Administration since day one has been that that meeting was just about adoption. They weren’t meeting to get dirt on Hillary Clinton. No, gosh no. Then dumb-ass Don Jr. tweeted out the email chain where he’s like, “Hell yeah, I want that information,” and then he had to backtrack that. Huckabee Sanders, Donald Trump himself, Kellyanne Conway, all of them have insisted that he, Trump Jr., did not meet with these people to get dirt on Hillary Clinton, but that is not one, what his own email said, and two, what the actual person that he met with had to say.

This case for the special prosecutor’s becoming a little bit more of a slam dunk with every new piece of information that emerges, because if they’re able to confirm what this lawyer told the Senate Judiciary Committee, then there is no way in hell Donald Trump Jr. could possibly get away. He will be charged with something, again, most likely collusion, traitorous behavior, maybe even treason. But the bottom line is that if what this lawyer is telling us today is true, there is absolutely no question left that the Trump campaign colluded with Russia.