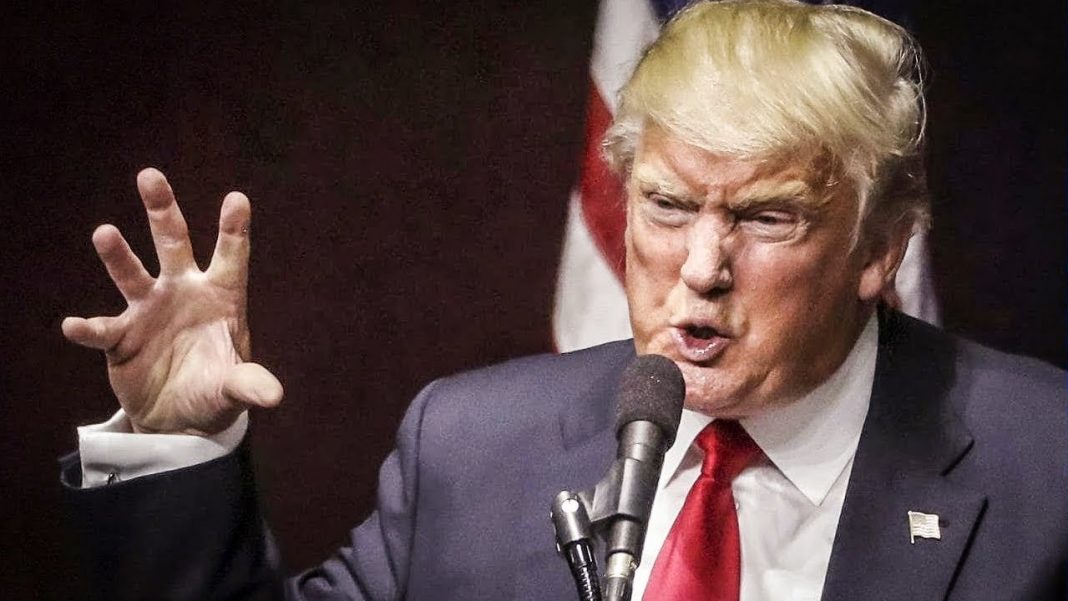 In one of the more bizarre and paranoid actions taken by the Trump Administration, Donald Trump is mulling whether or not to allow Blackwater founder Erik Prince and former Iran-Contra architect Oliver North create a secret spy agency that will be tasked with spying on US intelligence agencies. This is not normal, and it seems fairly illegal, as Ring of Fire’s Farron Cousins points out.

We’ve all known that Donald Trump doesn’t like leakers. He has accused people within his administration, within the CIA and FBI of leaking information to the press since almost the first day he came into office. He firmly believes that there is some sort of alleged deep state coup taking place behind the scenes in order to take him out of office. That is why Donald Trump right now is considering a proposal put forth by Eric Prince, the founder of the mercenary firm Blackwater along with Ollie North, the man who was convicted on 16 felony counts for his involvement in the Iran Contra Scandal, to create their own privatized spy agency to spy on US intelligence agencies here and other intelligence agencies abroad.

The Trump administration is actually considering hiring these men to create a separate, privatized organization whose sole function is to go and spy on our intelligence agencies. Do you know what that is, ladies and gentleman? That’s espionage. That’s treason. This is traitorous behavior for the President of the United States to even consider doing this.

He wants a private organization, run by people who should be in prison, to go spy on our intelligence agencies, to learn the secrets of the United States government. Donald Trump’s paranoia is now putting our national security at risk. Do you want somebody like Ollie North, and I know they ended up throwing out his conviction, but that doesn’t mean he didn’t do it? Do you want somebody like that knowing all the secrets of the US government, possibly with access to sell it to other countries?

What about Eric Prince? The guy who runs the firm who sent privatized soldiers over to Iraq, where they were found guilty of murdering civilians. Is that the kind of guy we want with state secrets, run out of his own private organization, free to sell them to whoever the hell he wants to? This is not how the United States works. Donald Trump is effectively turning this country into a dictatorship, and if he follows through, if he agrees that he wants to create this organization with these two men, America, the United States of America is dead. It doesn’t exist anymore.

If we’re now going to have privatized spy agencies whose job is to spy on the federal government, we have absolutely descended into neo-fascist territory, from which we’re not going to be able to return. This is, you know, fascist Italy. This is Nazi Germany. This is Soviet Russia. This is all of those things combined. I don’t think a lot of people, when this story broke and saw it and read it, I don’t think they took it as seriously as it needs to be treated. Donald Trump wants to hand over the keys to the kingdom to private organizations, so that they can spy on our intelligence agencies, because he’s too paranoid that they are trying to undermine his presidency. This man has to be removed from office, and it cannot happen fast enough.