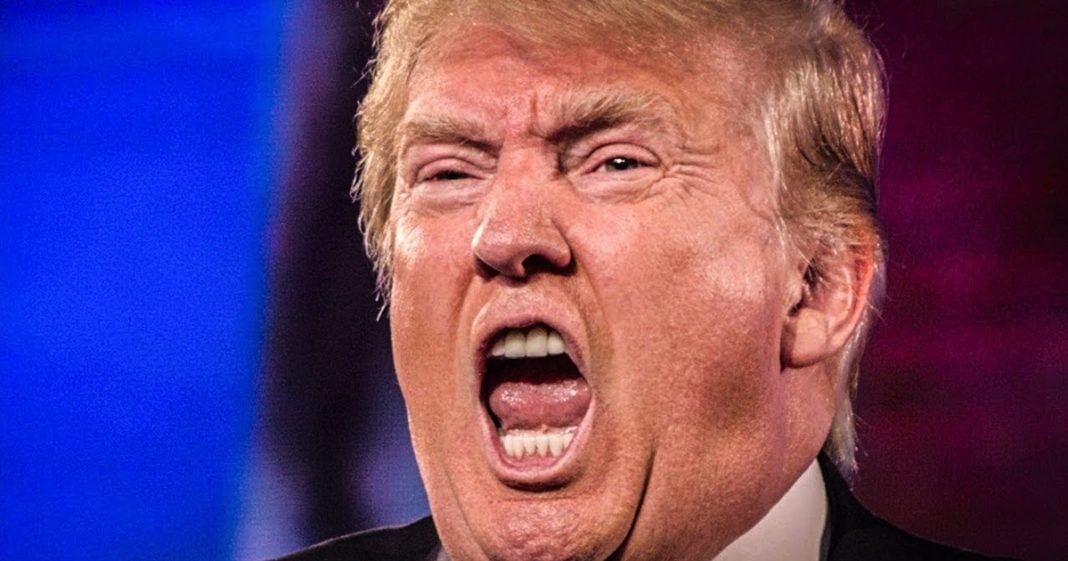 Donald Trump foolishly warned special prosecutor Robert Mueller not to look at his personal financial records this past summer, and that’s exactly what Mueller decided to do. The special prosecutor has now subpoenaed bank records from Deutsche Bank where Trump has done billions of dollars worth of business over the years. Ring of Fire’s Farron Cousins explains what this could mean for Trump and the investigation.

It was announced Tuesday morning that the investigation by special prosecutor Robert Mueller has now finally reached into Donald Trump’s bank accounts. According to reports, Deutsche Bank was subpoenaed several weeks ago for information that they feel is related to the ongoing investigation.

Unfortunately at this time, we do not know if their subpoenaing Trump’s actual finances or it could be Ivanka or Melania or Jared Kushner, or the overall Trump business organization, as all of them do business with Deutsche Bank. However, what’s fun about this is the fact that, over the summer, Donald Trump specifically warned Robert Mueller, the special prosecutor, do not go looking in my personal financial records and, of course, that is exactly what the special prosecutor decided to do at this point. That’s like having the police come into your house looking for a dead body and telling them, definitely don’t go look in this locked trunk right here that’s seeping blood out of it. Pretty much what Donald Trump did by warning them that if they go into their bank records, there’s going to be problems.

Deutsche Bank in recent months has been accused of laundering money on behalf of Russians, so it is interesting since this bank already has a history of some dirty dealings with the Russians that Bob Mueller decided to go in there and look at Donald Trump’s personal finances. Over the years, Trump and his business organizations have done billions of dollars’ worth of business through that bank, so it’s very likely that Mueller’s going to find at least something that’s going to be slightly problematic at the very least for Donald Trump.

Donald Trump has got to be freaking out right now. Again, he specifically did not want the special prosecutor’s office looking into his personal finances. From what we know through business dealings that he had in New York City when he was doing business with a convicted felon from Russia, that he possibly broke the law by using a convicted felon to put their names on a loan application, which is highly illegal. Maybe this is related to that, maybe this is a completely different story. At this point, unfortunately, we do not know.

One thing is evidently clear from this ongoing investigation and the developments that have taken place in the last week: Donald Trump is 100% being investigated by Robert Mueller. This is not just about his underlings, this is not just about his other family members like Jared Kushner, Donald Trump himself is embroiled in this investigation. They’re looking into what this man has done, not just during the campaign, but throughout his entire life.

Mueller was given very broad powers when he was appointed as the special prosecutor here. He was allowed to follow any thread that he found, whether or not or it was related to Russia. Donald Trump in the past had said he shouldn’t look in his financial records because this thing is only about Russia, but that was not the power that Bob Mueller was given. He was allowed to chase any thread, any lead, that he found for any crime that he might think happened. That is exactly what he is doing right now.