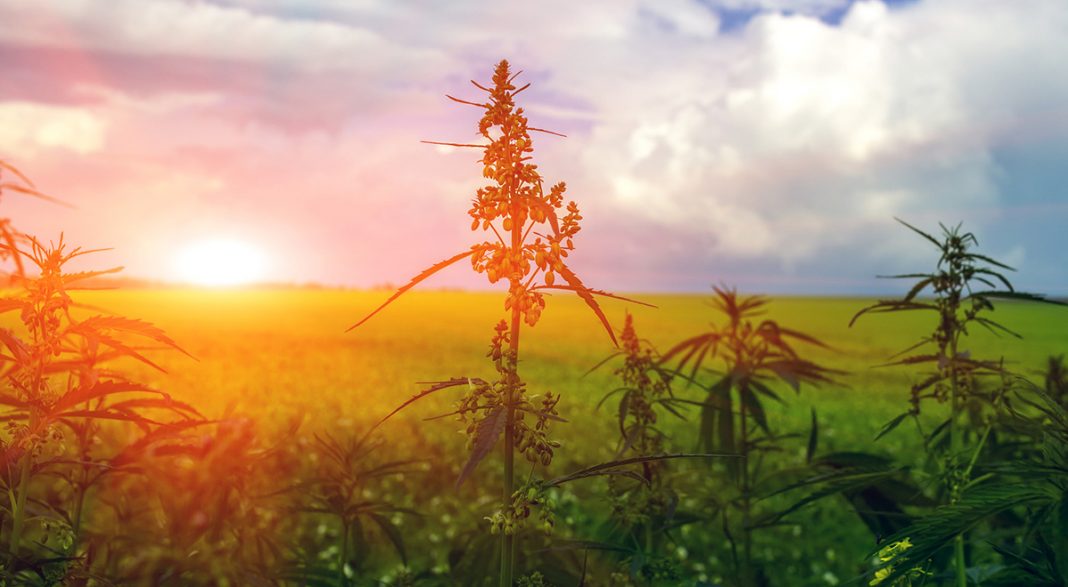 It’s a small, twenty-year-old company that hardly anyone has heard of. Nonetheless, they have big ambitions that include age-verifying vending machines for cannabis products, smart phone apps to support cannabis-related businesses, a line of organic hemp-derived CBD products – and now, the world’s first cannabis resort.

Last summer, American Green Corporation (ERBB), one of the first tech companies involved in medical marijuana to go public, purchased the town of Nipton, California for $5 million. Their plan, according to a company press release, was to create the nation’s “first energy-independent, cannabis-friendly hospitality destination” – sort of a Palm Springs for stoners.

The town, located about one hour southwest of Las Vegas, was founded in 1905 in the wake of minor gold rush in the area. For a time, Nipton, located along a mainline of the Union Pacific railroad between Salt Lake City and Los Angeles, was a booming center of mining and cattle ranching as well as the center of social life for those who lived in the area. However, by the 1950s, it had become a virtual ghost town. By the time American Green took an interest in it, Nipton’s consisted of a general store, a cafe, a hotel, and some RV and trailer spaces that are home to about two dozen residents.

Situated within an hour’s drive of several national parks (including Death Valley and Joshua Tree) as well as Lake Mojave, Nipton is noteworthy for an 80 kilowatt solar generating facility that went online earlier this year. Gerald Freeman, a former prospector who purchased Nipton for a song in the 1980s, had hoped it would be the town’s new “gold mine.”

Whether or not the town will be the focus of a new gold rush is debatable – but it is shaping up to potentially attract a new “green rush.” It’s what American Green is betting on as the company moves forward with development. The town’s one cafe has been renovated and a number of ponds – fed by the town’s extensive aquifer – are being constructed. Over the next year and a half, American Green plans to expand and upgrade the town’s lodging facilities and start production of cannabis-infused bottled water. Eventually, there are plans to build a hookah bar, a microbrewery, wellness spa and an “academy” dedicated to the medical uses of cannabis, along with cannabis cultivation and the production of edibles.

Eventually, American Green hopes to bring back a post office as well as a banking institution. Good luck on that last part; commercial banks and credit unions are still prohibited from engaging in marijuana-related transactions by federal law, although the U.S. Treasury and Department of Justice aren’t enforcing it as long as the institutions report “suspicious” (i.e., money laundering or gang-related) activity. Nonetheless, most financial institutions won’t go near the cannabis industry.

In any event, there isn’t much that can happen before January 1st, when the sale of recreational cannabis becomes legal in the Golden State. Nonetheless, American Green CEO David Gwyther says, “We are excited to lead the charge for a true Green Rush…the cannabis revolution that’s going on here in the U.S. has the power to completely revitalize communities in the same way gold did during the 19th century.”