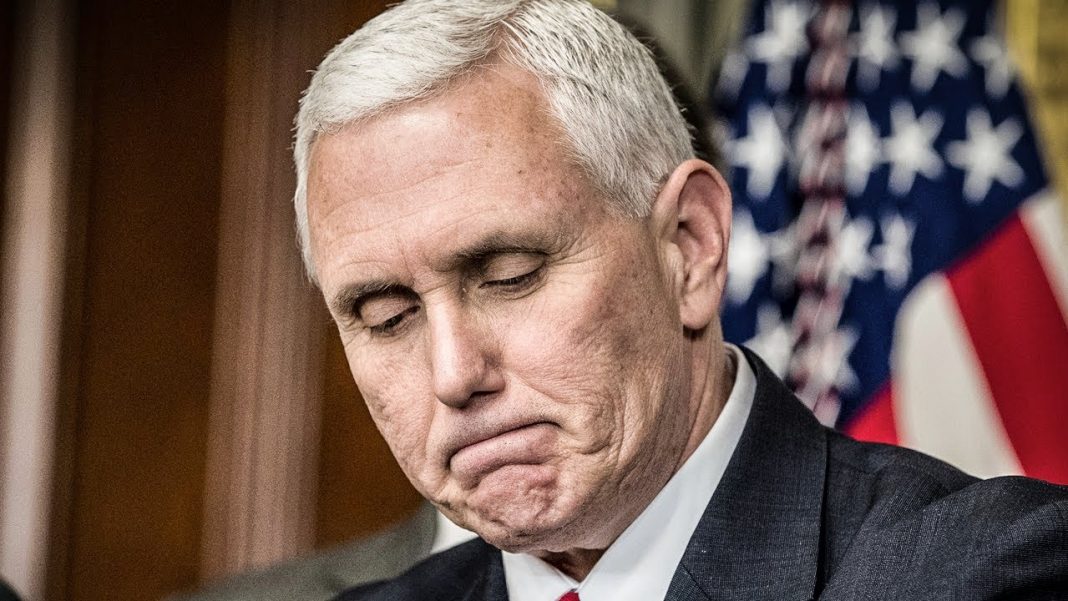 According to new reports, Mike Pence tried to convince the RNC to let him take over as the Party’s presidential nominee after the Access Hollywood tape was released last year. This new information is going to create a lot of tension in the already-fragile Trump White House, and it wouldn’t be out of the question for Trump to kick Pence out after this. Ring of Fire’s Farron Cousins explains.

The Atlantic has posted a nice little, I guess profile, of Vice President Mike Pence, where they actually revealed some details about Pence that I don’t think Donald Trump really wanted the public to understand. According to the article, Mike Pence told officials within the Republican National Committee that he would be more than happy, more than willing, and more than able to replace Donald Trump as the Republican Party’s Presidential nominee in 2016 following the release of the Access Hollywood tape where Donald Trump bragged about sexually assaulting women.

Mike Pence, according to the article, approached the RNC and said, “I can take over for him, I can do this. We just have to get of him.” Other articles have specified that top donors within the Republican party approached members of the Trump campaign and asked them how much it would cost to buy him out of the race once the tape was released, how much money would they have to give Donald Trump in order for him to step down? Do you know what the price was? $800,000,000. Of course, the donors decided not to pay that and in the end, because of the electoral college, it ended up paying off for them big time.

However, we know the kind of person that Donald Trump is. We know he’s the kind of guy who demands loyalty from every single person that wants to stay on his good graces. Now the public knows that Mike Pence wanted to overthrow him on the ticket. How is Donald Trump going to react to this? Of course, publicly, I’m sure he’s going to say, things are great, things are fine. Mike Pence is a great guy, I love him dearly, just like he has with every other person that’s gotten in trouble within his administration for not being loyal.

Behind the scenes, this story is going to wreak absolute havoc on the relationship between Donald Trump and Mike Pence. I promise you Donald Trump is already trying to find a reason to kick Mike Pence out of office. If that happens, impeachment will not be too far behind. Why? Because Mike Pence is the establishment Republican. He is the guy with the direct line to the Koch brothers and of the other wealthy Republican donors who want to get whatever they can out of this administration.

If you lose Pence, the Republican donors, the money class, loses control of the party. They’re not going to let that happen. If Donald Trump attempts to retaliate against Pence, the wealthy Republican donors will have the House and Senate retaliate against Donald Trump. That’s the way this thing could end up playing itself out. To be perfectly honest, that is exactly the outcome that I am hoping for.