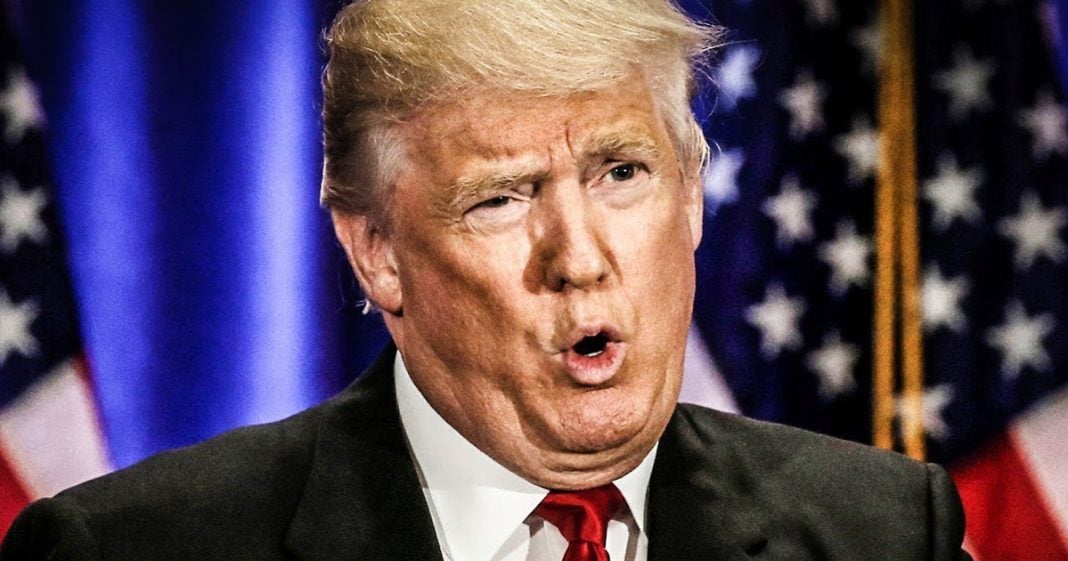 According to Donald Trump’s lawyer John Dowd, it is impossible for Trump to have committed obstruction of justice because he’s the President, and the President is above the law. That’s not actually how things work, but I’m sure those thoughts are keeping Donald Trump calm at night as the investigation creeps closer and closer to him. Ring of Fire’s Farron Cousins discusses this.

Now, I’m sure that Mr. Dowd is probably only saying these things publicly in order to make Donald Trump sleep a little better, feel a little better about the ongoing investigation that is undoubtedly creeping closer and closer to him. But at the end of the day, it is Dowd’s job as a lawyer, in good faith, to represent his client and to keep his client informed about what is actually happening. Now, we know from Donald Trump’s tweets in recent days that he does not believe he is in any kind of legal jeopardy whatsoever. According to interviews of people inside the White House, Trump actually believes that Bob Mueller’s investigation is winding down and coming to a close. Nothing could be further from the truth. Donald Trump is in trouble. This investigation is not drawing to a close. If anything, it’s getting a little bit more intense, especially now that Michael Flynn is working with the special prosecutor’s office, along with George Papadopoulos.

Dowd and is out there, and Alan Dershowitz I will say, on Fox news, also said the same thing, “The president can’t commit obstruction of justice,” two men that very clearly should be disbarred because they’re freakin’ horrible at their jobs. But nonetheless, that is the republican talking point. I know Dershowitz is a alleged democrat. He has nothing in common with democrats today. Both of these men are out there spreading republican talking points trying to appease the Fox news crowd, trying to appease Donald Trump, and it’s not going to work. It’s not going to keep Donald Trump out of prison. It’s not going to keep Donald Trump from being impeached. If anything, they’re just proving that when the shit hits the fan, they’re not going to be able to represent Donald Trump because they’re really, really bad at their jobs.